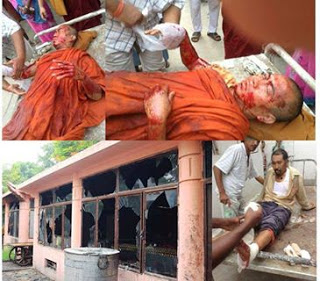 Bodhgaya: Two people have been injured in a series of blasts inside the Mahabodhi temple in Bihar's Bodhgaya district. The first blast took place inside the temple complex shortly after 5 am, followed by seven successive explosions.

Another bomb was reportedly found near the temple, and was defused. Reports say the blasts were of low-intensity and there has been no damage to the temple shrine.

"The holy bodhi tree is safe and there is no damage to it," Bihar police chief Abhayanand told AFP while confirming the blasts and injuries.

There were not too many people inside the temple when the blasts took place. The two injured, reportedly a Buddhist monk from Myanmar and a pilgrim, have been rushed to a hospital.


"We were doing our daily rituals in the temple when we heard a big explosion," said an eyewitness. 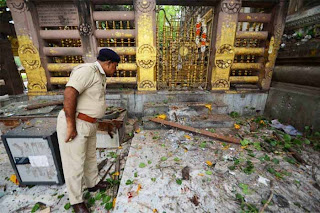 Union Home Secretary Anil Goswami said the blasts were a "terror attack." Teams from the National Investigation Agency and the National Security Guard are on their way to Bodhgaya. Chief Minister Nitish Kumar has reached the blast site.

Senior police officer SK Bhardwaj said there have been intelligence reports about the possibility of attacks on the shrines but he did not give any details.  The temple premises have been cordoned off. Reports say security has been beefed up in and around other religious sites of the district.

Last year, security of the Mahabodhi temple was handed over to the Special Task Force of Bihar Police. A mock drill was carried out at the temple by the district administration in the last week of June. 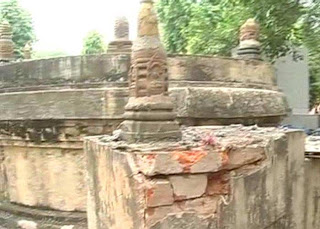 While four blasts took place this morning inside the Mahabodhi Temple complex, three occurred in Karmapa monastery, one each near near the 80-ft Buddha statue and at the bus stand near bypass, DIG Magadh range Nayyer Hussnain Khan told PTI.

The blasts took place between 5:30 to 5:58 AM, he said. Arvind Singh, a member of Mahabodhi Temple Management Commitee said the two injured included a national of Myanmar and another of Tibet. They have been admitted to Magadh Medical College and Hospital, he said.


Singh said two other bombs, one near the 80 feet statue and one at bus stand have been defused. Additional Director General of Police (Law and Order) S K Bhardwaj said prima facie it seems the serial blasts have been done by some terrorist organisation. Chief Minister Nitish Kumar and DGP Abhyanand have left for Bodh Gaya by road. Gaya is a Maoist stronghold. 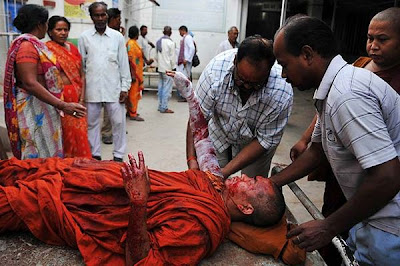 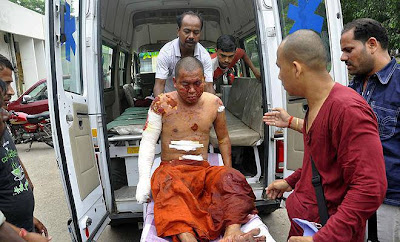 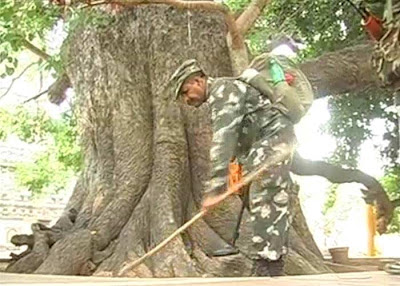 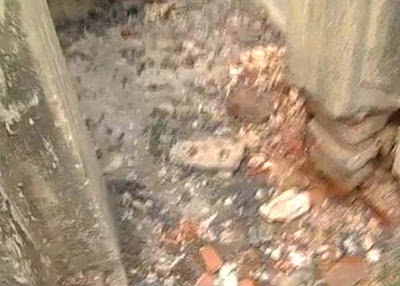 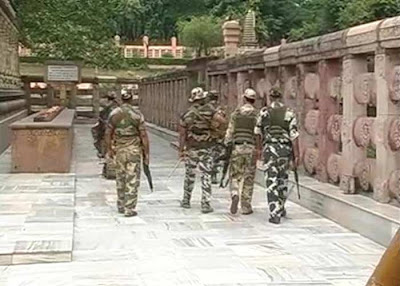 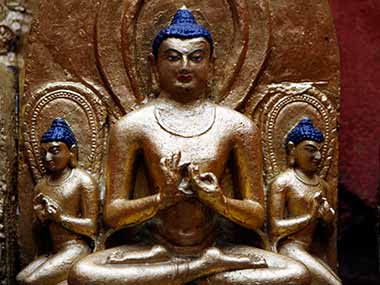 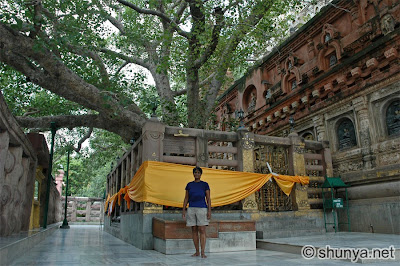 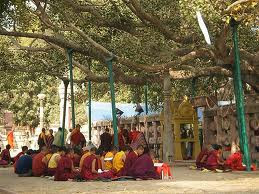 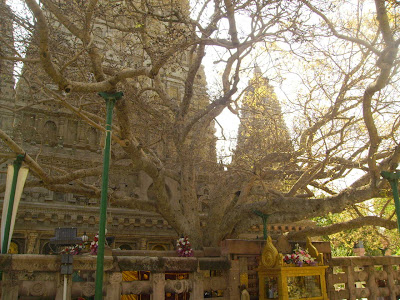 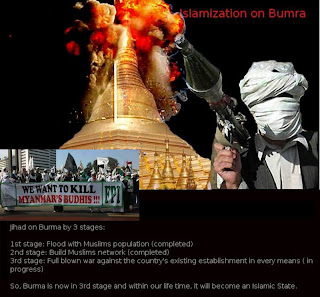 Buddhist pilgrimage site Bodh Gaya, which was rocked with serial blasts, was in the crosshairs of Pakistan based terrorists for very long.

The alleged Indian Mujahideen operatives arrested for their role in the failed Pune bombings of August 1 last year had told interrogators that they did a recee of Bodh Gaya with an intention to carry out a fidayeen (suicide) attack on the Buddist shrines there in order to take revenge of atrocities committed on Rohingya Muslims in Myanmar.

Their plan was approved by top IM leaders-Iqbal and Riyaz Bhatkal. Two of the arrested operatives-Syed Maqbool and Imran had done recee of Hyderabad’s Dilsukhnagar also which was attacked in February this year.

In fact after the Dilsukhnagar blasts, the union home ministry had sent an alert again to Bihar to strengthening security apparatus there.

Riyaz and Iqbal have long been planning to form a team of suicide attackers. In fact before the Batla house encounter of September 2008 they had asked Atif Ameen, then their top operative, to look for suitable boys.


They had named it Shaeed Al Zarqawi brigade on Abu Musab Al Zarqawi, who was once a top al Qaeda commander in Iraq. The US forces neutralised him in June 2006. But after the killing of Atif Ameen in the Batla House encounter, the plan couldn’t get materialised.

“Two Buddhist monks have been hurt by today bomb blast. One is Myingyan native U Wilar Thinga who is staying in the Myanmar monastery here in Bodha Gaya. He is now in the Gaya Hospital. Fortunately he is not in critical situation.

After today explosions they have discovered more bombs. One each in two Thai monasteries, two in Tibet monastery, and one just outside the Japanese Monastery. We’ve heard of pending bomb attacks since three weeks ago and we international Buddhists have been warning each other,” said Burmese monk Shin Kumudra from Bodhi-Ta-Htaung (A Thousand Bodhi) Monastery in Bodhgaya.

According to the police the bombs were home-made ones using readily available chemicals like Ammonia-Nitrate or Potassium-Permanganate. But the remote control system is advance as the timing was exact and synchronised. And the bomb materials and control systems are same as the bombs used in 2012 Crawford Street bombing in Mumbai. 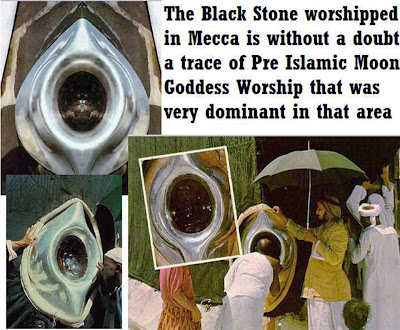 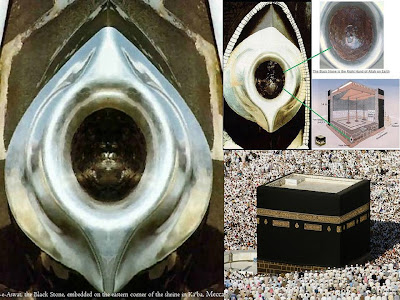 Related posts at following links:
NALANDA: Very First University In The World, Demolished By The Muslims
Posted by Hla Oo at 2:14 AM