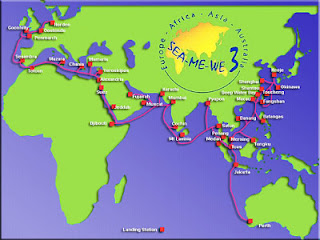 Internet in Burma has slowed down considerably last few weeks due to a severe power leakage in the overland cable directly connecting the submarine cable “SEA-ME-WE3” which connects Burma to the world.

Yesterday the government newspaper Myanmah Ahlin officially reported in Burmese the current disruption and the ongoing urgent repairs of the leaking underground-cable. Following is the direct translation of that news report.

The overland cable buried underground at the location between 2-miles 1-furlong and 2-miles 6-furlongs from the delta town of Phyar-pone has broken down and caused a severe power-leakage which disrupted the internet considerably in Myanmar. 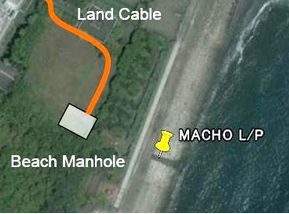 The damaged cable is now being replaced with 500-meters long new power cable. Once that cable is replaced next steps of repairs are to open the Beach-Manhole on the sea-beach at the Kalar-hteik Village of Phyar-pone Township and inspect the conditions of the existing Connecting-Joints between the underwater-cable and the overland-cable.

The Closure-Boxes of the Connecting-Joints are then to be refilled with fresh Compound-Jelly once the Joints are inspected and replaced if necessary and reconnected.  Mega-Testers will then be used to test the new connections to check whether the clear power flow is continuously achieved.


According to the communication engineers at the Phyar-pone site the internet in Burma should be back to normal by July 31 once the Connecting-Joints between the submarine-cable “SEA-ME-WE3” and the new overland-cable are fixed and the two cables reconnected. 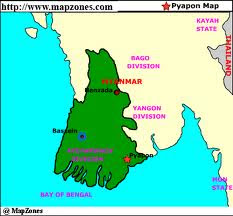 According to Assistant Engineer Soe Myint from Submarine-Cable-Station of Myanmar Telecommunication Enterprises the urgent repairs of leaking underground cable has been completed on July 30 and internet speed is restored back to previous normal from 5 pm same day.

The SEA-ME-WE3 submarine cable route to Burma had been down since 5 pm July 22 till today July 30. The internet speed was 5.5 GBPS during that downtime while urgent repairs were being done. The present speed is normal 11.5 GBPS as before the underground-cable's break-down.

To double the existing bandwidth Burma is also planning to connect directly to the second submarine cable "SEA-ME-WE4" and the possible landing point will be Ngwe-thaung in Irrawaddy Division. 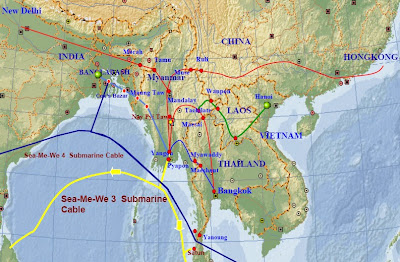