(Excerpts from article direct from The Weekly Blitz Bangladesh on 7 July 2013.) 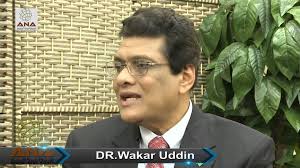 Here is the letter that Mr. Mohiuddin Mohamad Yusof (aka) Maung Sein from New York, USA wrote to OIC Secretary Genaral with copy to other important officials of OIC (the Multinational-Muslim-Mafia or the Organization of Islamist Cooperation), co-signed by other Rohingya leaders that describe the (questionably shady) character of Dr. Waqar Uddin the Director-General of ARU (Saudi-funded and OIC-sponsored so-called Arakan Rohingya Union the Bengali-Muslim terrorist organization):

Assalamu Alaikum Wr. Wbr. (May Peace be on you)!


Having telephonic/Skype/G-talk/Yahoo Messenger and email communications with the worldwide Rohingya public and organizations from USA, Canada, EU, ASEAN, Pakistan, Bangladesh, UAE, KSA, Thailand, Malaysia and Indonesia in regard with the above under-lined subject, I would humbly appeal and demand all of you mentioned above by names to postpone the OIC Supervised 2nd ARU Congress on immediate basis to be held on 7th -8th July, 2013 led by Mr. Wakar Uddin in Jeddah , Saudi Arabia not to divide the Rohingyas’ unity hardly earned by the efforts of the OIC/EBO in the past many years as this 2nd ARU Congress  is being held without  14 VIPs of ARU who founded  ARU and elected Mr. Wakar Uddin as ARU-DG whereas they are  from among senior leaders, Council Members, Coordinators of ARU office bearers with various responsibilities. Moreover, Mr. Wakar Uddin has been misguiding the OIC and EBO in the last two years with false and fabricated information of ARU members.

The ARU 2nd congress without these 14 ARU members, half of the signatories of ARU declaration is meaningless and unjustifiable, unacceptable to the world Rohingyas in which Mr. Wakar Uddin invited only those people who supports him and ready to make him legitimate DG for future term.

Therefore we earnestly and fervently appeal to all you to postpone the 2nd ARU Congress on the basis of following justifiable reasons:

(1)  First of all, we would like to  express  our  heartfelt gratitude and appreciation  for the efforts of  Your Excellency as the Secretary General of the OIC, Br. Talal Daaous , the Director of Department of the Muslim Minorities and Communities, Ms. Dina Madani  and Mr. Harn Yawnghwe, the Director of EBO for the  historic convention of Rohingya leaders and help for formation of ARU  in order to bring unity among the Rohingya Activists  as well as peace, prosperity, and hope to the Rohingya  people.

We are also very much thankful to the OIC and EBO for the continual working until today to save the Rohingyas and other Muslims of Burma through peaceful humanitarian and diplomatic means. We the suffering Rohingyas and Burmese Muslims need the help and assistance of OIC uninterrupted for our survival in Arakan and Burma as we are the victims of Genocide.

(2) The aimless and helpless Rohingya Activists/groups were scattered all over the world for years in disunity and lack of support from Muslim Ummah to spearhead the peaceful struggle of suffering Rohingyas, however, by the grace of Almighty Allah the OIC and EBO came forward with helping hand to unite the Rohingya leaders, activists and organization with strong OIC member countries’ resolution and finally, an umbrella organization in the form of Arakan Rohingya Union (ARU) was formed on 30th May, 2011 with Representatives of 25 organizations and senior Rohingya leaders by the joint efforts of OIC and EBO which has become a symbol of Rohingya unity and legitimate Rohingya Rohingya Representative organization accepted by all Rohingyas in and out of the Country Burma.

(3) The ARU was formed and it declared to the world that one DG, a 10 member council and five Coordinators were elected and selected for a period of 18 months to carry on the ARU adopted policies and objectives as a team to prepare a Constitution of ARU for next 2nd Congress, registration of ARU as NGO in USA and work toward bringing all remaining Rohingya organizations under the umbrella of the ARU.

(4) Mr. Wakar Uddin, an unknown and new comer in Rohingya politics was introduced and elected as the DG of newly formed ARU with the majority votes of the participants in the historic Rohingya Convention with a new hope that he may be able to lead the suffering Rohingya nation’s justifiable cause for his Ph. D. degree as a Professor of one of American Universities, and as well as be able to forge unshakable unity among the Rohingyas and respective Rohingya organizations.

(5) After becoming DG-ARU, Mr. Wakar Uddin, he got two years to complete the objectives of ARU, however, he betrayed the trust and confidence of ARU office bearers, created disunity and division among the 25 ARU organizations, misused the power of DG and became a power monger and greedy dictator in the ARU.

He never called a meeting of ARU council members and coordinators in two years, never consulted with ARU members who he seemed unsupportive or challenger, he has brought new people in ARU of his likes without any consultation and he never gave any opportunity to work as coordinators.

He lied repeatedly to ARU members when he attended HD Center (Malaysia) Meeting with false representatives of ARU. There are many more harmful things he did as DG which is beyond explanation, even, he attempted to imprison and send to jail by police threatening one of ARU founders and members.

(6) When most of ARU office bearers and council members are fed up of the evil activities of DG-ARU, they tried to solve the problem with DG amicably through meetings, but, DG replied that without OIC consent he cannot call any ARU meeting for discussion mentioning OIC is the father of ARU. Finally two years passed and the ARU majority members requested the EBO Director Mr. Harn Yawnghwe to facilitate the ARU 2nd Congress with consultation of OIC. Mr. Harn Yawnghwe responded positively to help and support the holding of ARU 2nd Congress in Bangkok Thailand on 15th-16th June, 2013 so that, ARU can participate all Burma Ethnic Reconciliation Conference in Burma. Unfortunately Mr. Wakar Uddin sabotaged that program with the promise that he would arrange 2nd ARU congress in Jeddah, OIC (HQ) in July, 2013.

(7) Mr. Wakar Uddin was able to convince successfully the OIC to help and finance the 2nd ARU Congress in July, 2013 and he started to send invitations to ARU members only those who support him invited his cronies, relatives and friends so that he can be re-elected as the DG-ARU for next five years with his own prepared constitution, here is the list of 14 VIPs of ARU who were not invited by DG-ARU.

(8) In conclusion, I, representing the interest of the worldwide Rohingya public and their demand to postpone the forth-coming 7th-8th 2nd ARU congress for the benefit and greater interest of Rohingyas future so that the unshakable unity and legitimacy of ARU be maintained rescheduling a new date after Ramadan.

(9) Your utmost consideration about our grievances and un-satisfaction with current activities of DG-ARU (expired mandate) who has been misguiding the OIC office bearers and who has been practicing cronyism and selfishness with huge ulterior motives to become 2nd term DG disregarding the aforesaid 14 VIPs of ARU participation in the next congress is undesirable which may create further disunity and disintegration in ARU, so, please listen to our voice and concern.

(10) We are all Rohingyas, we respect the OIC, the great organization of Muslim Ummah representing 57 countries, we have nothing to complain about the activities of OIC in regard with Muslim Ummah, however, we find that some of OIC office bearers are misinformed by those who are frequently visiting the OIC, particularly, Mr. Wakar Uddin, so, we humbly request to all five of you to reschedule the 2nd ARU congress postponing the 7-8 July Congress so that OIC can unite all Rohingyas worldwide inviting all concerned Rohingya leaders, activists  and organizations in the 2nd Congress, otherwise the ARU 2nd congress will bring harmful result for the Rohingyas and may be the OIC will be responsible for mishandling the Rohingya unity matters and wrong guidance.

May Almighty Allah save all of us from wrong doing and harming the interest of the world’s most persecuted Muslim Rohingyas who are a part and parcel of Muslim Ummah.

Your kind reply will be highly appreciated.

The author Ahmed Zayed is a regular contributor and special correspondent of Weekly Blitz.
Email: penmanzayed@gmail.com 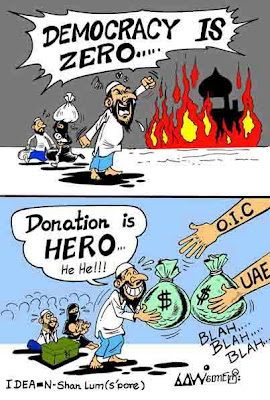 (Blogger Notes: The ARU leaders like Bangladesh-born-American Waka Udin and the rest are not really for the deliverance of their so-called Rohingya people or the Bengali-Muslim illegals originally from Bangladesh now miserably trapped between two large armies - Burmese and Bangladeshi - at the notoriously porous Burma-Bangladesh borderline.

What these Bengali-Muslim scumbags like Waka Udin and his mob really after is the miserable bones in the form of a few million US$ and Euros throwing at them by the Saudi-Funded OIC Mafia who really is opportunistically playing a rare persecuted-Muslim-victim  game to gain international sympathy so that they can hide their ongoing world-domination play by cockroach-like over-breeding of third-world Muslims.) 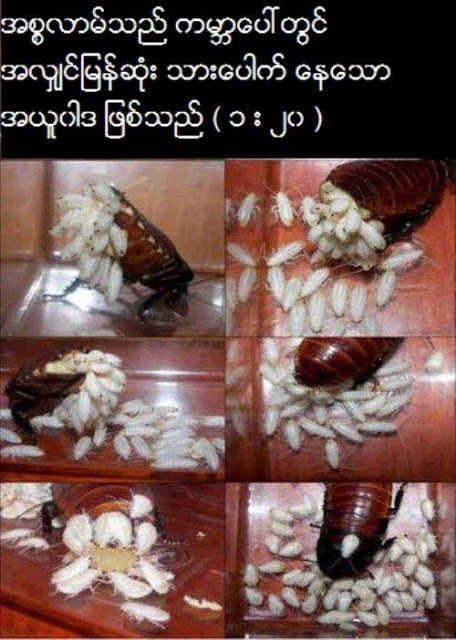