The naval territorial dispute (2008-2011) between Burma and Bangladesh was not a trivial matter for both nations. Burmese leaders consider that was Bangladesh’s first step towards far larger strategic plan to encroach Burma’s territory.

And Buddhist-Burmese do not forget the tragic fact that Bangladesh is slowly sinking and yet her Muslim population still doubling every thirty or forty years thanks to the evil "maximum-4-wives-a-man and minimum-8-childs-per-wife" Islamic practice the norm among poor and backward Islamist-Bangladeshis.

With that in mind Burmese military is really concerned of Bangladesh’s rapid modernization of its navy and sudden build-up of BGB (Border Guard Bangladesh) Para-military forces on Burma border. Burmese thinking is that once Islamists control the government in very-near-future Bangladesh the territorial breaches now in the form of civilian and militia incursions will turn into decisive military aggression.

Saudi Arabia and its lapdog OIC are very public about their long-term ambition to expand the Islamic empire into Burma and at present they are ruthlessly exploiting the miserable situation of so-called Rohingyas (The Bengali-Muslim illegals) now trapped between two large armies.

(OIC’s mouthpiece Ban Ki Moon the UNSG has been pressuring Burma’s President Thei Sein to grant millions of Bengali-Muslim illegals on the border Burmese citizenship immediately. But knowing what will happen once the Bengali-Muslim camel has its nose in the Buddhist-Burma’s tent Thein Sein keeps on saying “NEIN” to relentless Ban Ki Moon.) 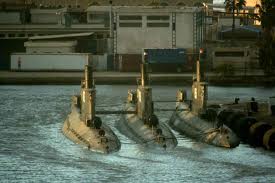 Bangladesh Navy has been acquiring new and second-hand frigates including the Hamilton-class frigates from U.S., building fast-attack-crafts locally, equipping all her frigates with attack helicopters including Italian-made AW-109 Power choppers, and purchasing two Romeo-class submarines from China.

Following is the comprehensive list of the rapid-modernization-program of Bangladesh Navy as of December 2012:

That two submarines and possibly whole lot of submarines being presently acquired by the Bangladesh Navy is really worrying the Burmese political and military leaders. And it basically prompted the recent public visit of SG Min Aung Hlaing and his large military delegation to Russian military facilities including the St. Petersburg Naval Dockyards. 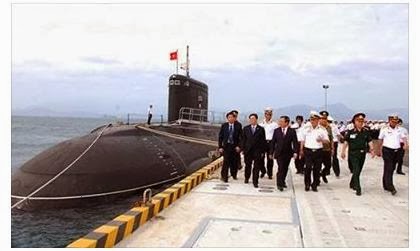 According to Burmese Naval Intelligence Bangladesh Navy is presently purchasing two Romeo-class subs from China first and later more to fill its ambitious submarine program. Even though these Soviet-era type-633 diesel submarines are notorious as noisy subs many countries like China, North Korea, Egypt, and Syria navies are still using them with adequate modifications refitted.

With a crew of nearly 50 including 10 officers a typical Romeo-class sub can carry mines and 533-mm torpedos. Chinese-modified Romeos known as type-039 can even fire anti-ship missiles from its torpedo tubes. For a country like Bangladesh they are perfect as patrol-subs defending deep but short coast line in the Bay of Bengal.

In addition to Burma’s potential-enemy Bangladesh, Burma’s next door neighbour Thailand is also known to have plans to purchase German Dolphin-class submarines with the capability to fire cruise missiles from its torpedo tubes.

Foxtrot-class Or Even Kilo-class Better Subs for Burma Navy? 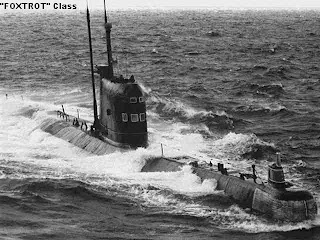 Foxtrot-class subs made their name during the famous Cuban-missile crisis in 1960s and are better submarines than Bangladesh Navy’s Romeo-class subs. It can travel longer range than Romeos and thus more suitable for the much longer coast line of Burma.

Burma could even go for the Kilo-class better submarines if Burma Navy wants to get much ahead of Bangladesh Navy. A Kilo-class sub armed with 18 torpedos and 8 surface-to-air missiles have a cruising range of 400 miles, underwater speed of 20 knots, and ability to patrol for 45 days.

But with a crew larger than 50 and the variations in Burma’s coastal conditions the Kilo-class subs will face much opposition from most Burmese naval strategists as it is not suitable for the island-dotted Tanintharyi coast even though it is perfect for the deep western waters by the Arakan and large waters off the Irrawaddy Delta. 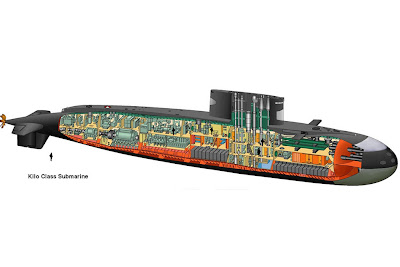