United States owes more than combined national debts carried by all other nations of the world, period. According to the US Treasury Department the humongous national debt of United States is now standing at $16,867,519,018,967 (nearly $17 trillion) at this moment and still growing rapidly.

There is a common knowledge that China is the largest holder of US national debt which basically is all outstanding US securities such as Bonds and Notes issued by the United States Treasury.

That common knowledge is not correct as the largest holder of US national debt is the United States Federal Reserve, not Communist China. Out of more than $16 trillion debt Federal Reserve holds $1.66 trillion while China holds only $1.276 trillion as of June 2103.


US Federal Reserve has been Printing Enormous Amount of Money 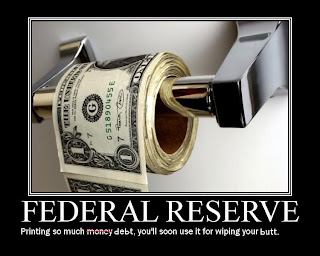 But printing billions and billions of US$ (Federal Reserve has been printing at least $85 billion every month) should theoretically have a devastating effects on the US economy because of rapidly rising inflation. Like what did happen famously in prewar Germany and what has been happening now in the poorly-managed nations like Zimbabwe and Burma. That has not happened in United States just yet simply because of China, and why?

Is Communist China lending US money for Her Own Interests? 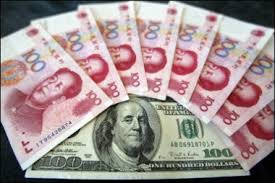 The result is that a sizeable part of US dollars American consumers spend on the Chinese-made products ended in the hands of Chinese government as the Chinese Communist dictatorship takes the US$ from its businesses and gives them equivalent Chinese Yuan printed in China.

Chinese Communists leave most of that US$ in US by lending back to US government by buying US treasury-issued securities exactly same as what US Federal Reserve is doing. So why is Chinese Communist doing that?

The Chinese have no choice but to lend to US government as that action has the direct result of keeping US$-Yuan exchange rate artificially low at about 7 Yuan a US$ at present. And that money injection by Chinese into American economy via the US Government also enables Americans to keep on buying Chinese goods and more. 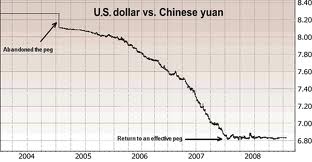 The direct result of Chinese Communists lending vast amount of their US$ (earned in the United States by selling Chinese goods) back to the US government has basically kept the prices of Chinese manufactured goods artificially low and thus the inflation stable in US.

Downward pressure on labor wages by massive number of Latino illegal immigrants (More than 20 million at latest official counts) also help in keeping the US inflation low and stable.

“Why Does the Federal Reserve Own Treasury Debt? As the nation's central bank, the Federal Reserve is in charge of the country's credit, so it really doesn't have a financial reason to own Treasury notes. So why did it double its holdings between 2007 and 2012? This is one way the Fed stimulated the economy to escape the grips of the 2009 recession.

The Fed's purchases stoked demand for Treasuries, which kept interest rates low. The Fed's been criticized for simply monetizing the debt. The Fed purchases Treasuries from its member banks, using credit it created out of thin air. This has the same effect as printing money. It keeps interest rates low, avoiding the high-interest rate penalty the Federal government would usually incur for excessive debt.

However, as the economy returns to normal, the Fed announced it will taper its $85 billion-a-month purchases of Treasuries. As a result, interest rates on the benchmark 10-year Treasury note rose from a 200-year low to around 2.9%.

China has increased its holdings from $1.147 trillion last year to $1.276 trillion this year. It's obviously not too concerned that the U.S. will default on its debt. China wants to keep the value of the dollar high.

This makes its own currency, the Yuan, relatively cheaper by comparison. That helps China's exports to the U.S. seem more affordable, which helps its economy grow. That's why, despite China's occasional threats to sell its holdings, it's happy to be America's biggest banker, and largest foreign owner of U.S. debt.” 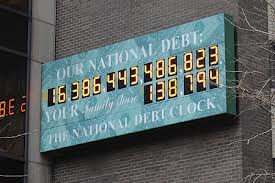 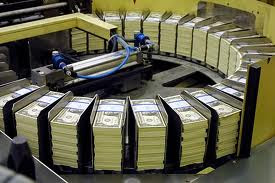 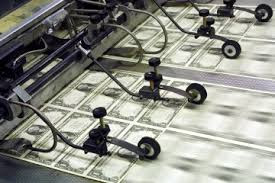 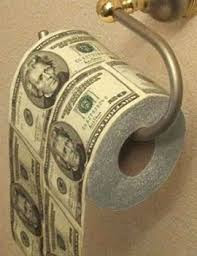