(Washington Times) – A few dozen demonstrators attending a rally on the Mall once billed as the Million Muslim March were vastly outnumbered Wednesday by a Christian group objecting to their event and a counterprotest consisting of one million motorcycle riders honouring Sept. 11 victims.

The noon rally, called the Million American March Against Fear took place between 13th and 14th streets in Northwest and was sponsored by the American Muslim Political Action Committee (AMPAC).


Ruby Sous, from Kansas City, stressed that Muslims and American-Muslims stand with America against terrorism.“We want to stand here in solidarity with the American people against hate and violence,” she said.

But other speakers addressed fringe topics, condemning what they called the use of U.S. tax dollars to kill innocent people in the Middle East and advancing conspiracy theories around the Sept. 11 terrorist attacks.

Christian counterdemonstrators heckled the group, with some holding signs that read “One nation under God” or disparaging the Muslim prophet Muhammad. “You picked the wrong day,” counterdemonstrators shouted at times. U.S. Park Police gathered in force for the event. Officers deployed around and among the groups to keep them separate.

In the background, staggered clusters of motorcycles could be heard riding in the vicinity, but road closures kept the bikers from the immediate area of the rally. The motorcycles were part of the 2 Million Bikers to DC ride held, which drew thousands of bikers from around the country to a hastily arranged event honoring Sept. 11 victims and protesting the Muslim rally.

Isa Hodge, chief of operations for the political action committee behind the Muslim rally, complained that one cluster of riders drove by and revved their engines, disrupting the moment of silence for Sept. 11 victims.

Overall, Mr. Hodge said he was pleased with the turnout. The group had obtained a permit from the National Park Service several months ago for 1,000 people. 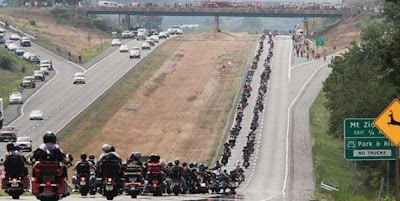 One million bikers roar into Washington D.C., hardly a Muslim in sight.

It was originally billed as “The Million Muslim March,” though organizers later revised it to the “Million American March Against Fear.” But at noon today in the nation’s capital, there weren’t a million Muslims or ‘fearful’ Americans to be found anywhere – not even close – more like 25 – 200 according to new reports.

Mark Segraves of the NBC affiliate in Washington reported that only “about 25 people,” including activist Cornel West, were at the Muslim march as of 12:30 p.m. In fact, a WND-TV news crew on the scene, preparing to provide live coverage of the event in a webcast, has been unable to locate any of the marchers who were supposed to go from the National Mall to the Supreme Court and the White House.

However, the counter-protest by bikers was in evidence everywhere. Driving in from Canada and all over the United States, the bikers, who were denied a permit for their demonstration, were flooding the capital. At approximately 1 p.m., “2 Million Bikers to DC” Facebook page co-founder Belinda Bee posted that police have counted nearly one million bikers are on the streets of Washington.

The name of the “Million Muslim March” was quietly changed to the “Million American March Against Fear” because organizers said the original name proved too “scary.” In fact, The American Muslim Political Action Committee was criticized for scheduling the march on the anniversary of 9/11.

But, organizers insist the name was changed because, “Many non-Muslim Americans are terrified of Muslims, who are portrayed by Hollywood and the US media as fanatical terrorists.” AMPAC also claims, “Muslims, too, live in fear – of being dragged off in the night to Guantanamo and tortured, simply for the crime of being Muslim in the wrong place at the wrong time.”

Organizers refused to change the date of the march, so significant to Americans because of the terrorist attacks by fanatical Muslims 12 years ago, because, “September 11th, 2001 was the beginning of a new era of fear. Since 9/11, Americans have been terrorized by the media.”

The bikers, meanwhile, have stated their opposition to President Obama’s push to “fundamentally transform” the U.S. 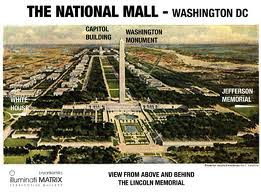 Bangladeshi Islamist Behind Million-Muslims-March on 9-11

(Article direct from the A Guide to the Political Left in USA.) 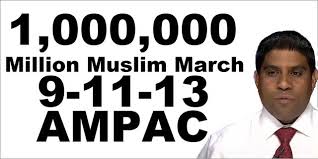 The Bangladeshi Pisslamist Rabbi Alam is a Missouri-based political figure who has openly speculated about Jewish involvement in the 9/11 terrorist attacks and believed that the war on terror is anti-immigrant. He attended a 2012 presentation by Sheik Khalid Yasin a pro-Sharia radical who supports Islamic terrorism, and denounced the 2003 arrest of former Palestinian Islamic Jihad leader Sami Al-Arian.

M.D. Rabbi Alam was born November 20, 1974 in Khulna, Bangladesh. He earned a bachelor's degree in biology in 1996, and a bachelor's in political science soon thereafter both at the Bangladesh National University. He then worked for three years as a science teacher in a high school and a divisional police school in Khulna.

In 2000, Alam immigrated to the United States and joined the U.S. Army, where he served on active duty until being honorably discharged in 2005. He then settled in Kansas City, Missouri, where he taught mathematics and personal finance at the Islamic School of Greater Kansas City and the Imagine Renaissance Academy, a charter school.

Rabbi Alam also worked a year as director of international business for P/Strada, a local management-consulting firm, before becoming CEO of Minority Directed Small Business in 2007. Also in 2007, Rabbi Alam earned a master's degree in computer science at the University of Phoenix. Three years later, he received both a master's degree in mathematics education and a teacher's certification in secondary mathematics at the University of Missouri-Kansas City.

In 2008 MD Alam served as a “satellite campaign manager” for then-presidential candidate Barack Obama. His efforts on Obama's behalf eventually earned Alam an invitation to the White House in December 2011. Alam launched his own political career in 2010.

After losing the Democratic primary for a seat in the Missouri House of Representatives, he ran unopposed for the office of Democratic Party committeeman for Kansas City's 26th Ward, and began serving a two-year term in January 2011. On March 6, 2012, Alam announced that he would run for Missouri secretary of state in the November elections.

Alam has openly speculated about Jewish involvement in the 9/11 terrorist attacks. Most notably, on February 19, 2009 he made a post on a Topix.com discussion forum, asking: “Was 9/11 a conspiracy?” The post, which contained several spelling and grammatical errors, linked to a 9/11 conspiracy video titled Loose Change and continued:

“Now, I can say this much which is a big yes from my own understanding and own judgement. But there is always other side of the coin. Few question to my readers, Why 9/11 was a official holiday for all jewish people worked in the the WTC (World Trade Center)?   Who can tell me how many of the Jewish people died on the 9/11 tragedy? Finally, who can tell me why there was a closed-end security and dog squad was implaced at the lower level of the WTC just a block before the 9/11?"

Further, Alam declared that commercial airliners, by themselves, could not have toppled the Twin Towers. “I have 100 percent doubts. It doesn’t add up,” he said. “My bottom line is the plane is not solely responsible for destroying the whole building.”

In February 2010, Alam stated that the “catastrophic war on terror is nothing but a horror suffering for us as an immigrant.” He added: “This country, it is true, that when you are not involved in the mainstream, you are nothing but treated yourself as a stranger.” 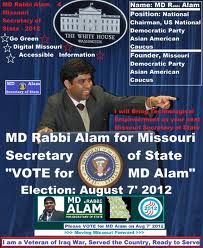 In a 2009 address to the Islamic Society of Greater Kansas City, for instance, Alam lamented that Al-Arian had been “falsely accused and victimized by [the] war on terror”—even though the latter had already pled guilty to terrorism-related charges by that time.

Notably, a number of Alam's colleagues at MDPAAC are supporters of Viva Palestina, an Islamist organization with close ties to Hamas and Palestinian Islamic Jihad. In addition to his political pursuits, Alam also serves as president of the North American Bangladeshi Association for Bangladesh, a nonprofit organization that works closely with the U.S. Department of Education.

(NOTE: It should be noted that the State Department long ago debunked the notion that Jewish employees in the World Trade Center, forewarned about the attacks, had skipped work on September 11, 2001. Officials estimate that 200 to 400 Jews died in the WTC that day.)

Related posts at following links:
9-11 Monstrosity, Free Money, and Pisslamophobia
Posted by Hla Oo at 12:39 AM