Hezbollah has helped turn the tide of civil war in Syria. What makes the Lebanese Shiite militia such a deadly fighting force?

It's a Shiite political movement, terrorist organization, and now, freelance army dedicated to the destruction of Israel. Launched as a small terrorist group specializing in suicide bombings and kidnappings, Hezbollah now operates a state-within-a-state in Lebanon. 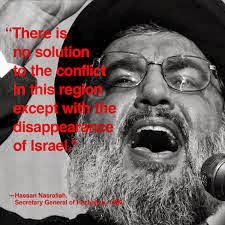 It has an army of 4,000 professional soldiers and thousands more reservists, propped up by the $700 million in cash and arms the group receives each year from Iran, its main sponsor.

"Hezbollah is an Iranian aircraft carrier parked north of Israel," said Paul Salem, director of Beirut's Carnegie Middle East Center. "'You hit us, we hit you.' That is what Hezbollah gets the big bucks and the missiles for."

Hezbollah also works to undermine U.S. interests in the region, and those of Sunni Muslim states. Thousands of Hezbollah troops are now fighting Sunni rebels while defending the regime of the group's other major patron, Syrian President Bashar al-Assad.

What are the group's origins?

Hezbollah is a by-product of the long-running conflict between Israel and Palestinian militants. In 1982, the Israeli Defense Forces poured into south Lebanon with the aim of destroying Yasser Arafat's Palestinian Liberation Organization, which had set up base in the country.

But the region's largely Shia Muslim population — Lebanon's poorest and most downtrodden community — was caught in the crossfire. Stray bombs destroyed homes and killed farmers in their fields, leading angry Shiites to take up arms against Israel.

"When we entered Lebanon, there was no Hezbollah," said former Israeli Prime Minister Ehud Barak. "It was our presence there that created Hezbollah." Seeing an opportunity to export their Islamic Revolution and strike a blow against Israel, the rulers of Shiite Iran provided military training to several Lebanese Shiite groups, which united under the name Hezbollah, or "Party of God."

What was Hezbollah's goal? 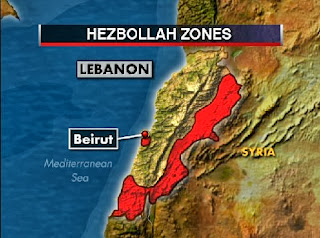 To drive Israel out of Lebanon, and establish an Islamic state in the country.

The group waged a brutal guerrilla war against Israeli forces, and when Western peacekeepers arrived in the country, Hezbollah struck them as well.

In April 1983, a suicide bomber hit the U.S. Embassy in Beirut, killing 63 people. Six months later, a suspected Hezbollah operative drove a truck filled with the equivalent of 12,000 pounds of TNT into the U.S. Marine barracks in the capital, killing 241 American servicemen.

President Ronald Reagan withdrew U.S. forces from Beirut soon after, and in 1985 Israel pulled back to a sliver of territory along the Lebanese border. After a war-weary Israel pulled out of Lebanon altogether in 2000, Hezbollah leader Hassan Nasrallah hailed the retreat as "the first Arab victory in the history of Arab-Israeli conflict." 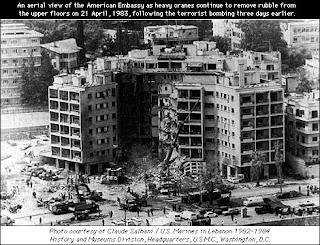 Its rigorous training and indoctrination process. Hezbollah clerics teach new recruits that jihad and martyrdom will bring them closer to God. "The religious lessons are first," said one recruiter. "Religion first, before you even see a gun."

Would-be fighters are then sent on punishing marches through Lebanon's wild mountains, instructed in urban and rural combat, and taught how to fire everything from M16 assault rifles to anti-tank missile launchers.

The results of that grueling training were apparent during Hezbollah's 2006 war with Israel, when its soldiers fought their better-armed opponents to a bloody stalemate. Hezbollah "is by far the greatest guerrilla group in the world," Israeli Brig. Gen. Guy Zur said at the end of the 34-day conflict.

Why did Hezbollah intervene in Syria?

Nasrallah views Syria's rebels not as freedom fighters battling to remove a dictator, but as Sunni extremists trying to oust Assad because he is an Alawite — an offshoot of Shia Islam. There is also a logistical reason for Hezbollah's intervention.

The group relies on Syria to act as a conduit for arms and money from Iran. If that supply line were severed, Hezbollah could no longer challenge Israel militarily or fund its state-within-a-state.

Have its fighters helped Assad?

Yes — enormously. Hezbollah's fighters are better trained in guerrilla and urban combat than Assad's forces, and their willingness to engage in fierce fighting in rebel strongholds has forced the opposition to retreat.

In recapturing the strategic city of Qusair from the rebels, "we went from room to room, from house to house, from window to window," said one Hezbollah squad leader. But the group's support for Assad's crackdown has come at a cost, damaging Hezbollah's reputation in the Arab world as a champion of the underdog.

"Being engaged in a civil war on a foreign, albeit neighboring, land is a different fight from dying defending your village, family, and honor against an Israeli occupier," said Randa Slim, a scholar at the Washington-based Middle East Institute. "When will the first mother in black who has already lost one son fighting in Qusair refuse to send her second and third sons to fight [in Syria]?" 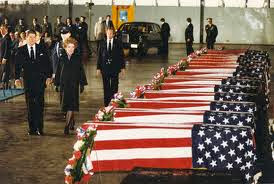 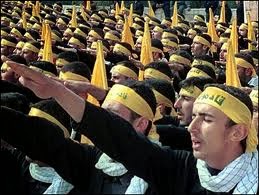 Hezbollah likes to get its recruits young. From age 6, Lebanese Shiite boys can enroll in the group's youth wing, the Mahdi Scouts. The youngsters wear Boy Scout–style uniforms and kerchiefs, and much of what they do is similar to the activities of scouts the world over: learning to swim, building campfires, and tying knots.

But the religious and moral lessons the kids are taught couldn't be more different. A scouting manual for 12- to 14-year-olds contains chapters titled "Know Your Enemy" and "Facts About Jews," which describe Jews as cruel, cowardly, corrupt, and deceitful.

Books for younger scouts contain puzzles with militant themes, such as a bearded Hezbollah fighter at the start of the maze, with an Israeli bunker at the far end. A 10-year-old boy called Ahmed explained to Foreign Policy what he'd learned in the scouts. "I've learned to make weapons out of paper," he said. "I ask the Mahdi Scouts to let me prepare to become a real fighter."