Year 1199: The Beginning Of Rohingya Crisis In Burma

The immediate cause of the almost complete disappearance of organised Buddhism from northern India after the 12th century was without doubt its persecution during the Islamic invasions between the years 1001 and 1199. 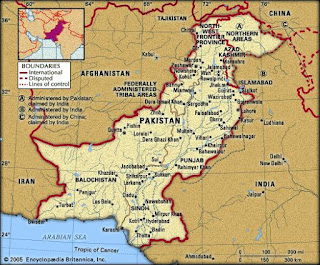 The first Muslims to invade were Arabs under the leadership of Muhammad bin Kasim, who conquered Sindh in about 712, systematically destroying its Buddhist institutions, persecuting the religion’s followers and gradually converting the local populace to Islam.

(Kasim is well known in Pakistan as "The First Pakistani", for he and his army of Arab-Muslim men killed all native Buddhist and Hindu men and took their women and girls and started a new breed the Pakistanis in then Northern India.)

The next Muslim invaders were the Yamini Turks led by Sultan Mahmud, who between 1001 and 1027 launched at least 17 military incursions into India from Afghanistan with devastating consequences endured particularly by the Buddhist community.

The next large Muslim invasion took place in 1175 under Muhammad Ghuri, who made it as far as Thanesar just north of Delhi before being blocked by the united armies of the Hindus in 1191. He returned a year later and completely overwhelmed the Indians, sweeping away resistance to his eastward march.


At this point Qutb-ud-din Aibak, a former slave from Turkestan, was appointed commander of the avaricious hordes, who in 1193 succeeded in capturing Delhi. It took only four more years under the leadership of the notorious Muhammad Khilji to sweep across Uttar Pradesh and conquer the whole of Bihar in the northeast.

Muslim historians proudly record that the inhabitants of this area were mostly bare-shaven Brahmins who were ruthlessly put to the sword. There can be little doubt that these victims of Muslim hegemony were mostly peace-abiding Buddhist monks whose monasteries were systematically defiled, plundered and subsequently destroyed.

Meanwhile, Muhammad Khilji drove further eastward and conquered Bengal in 1199–1200, without meeting any serious resistance. The complete subjugation of northeastern India by the Muslims in the late 12th century resulted in the swift and almost complete extinction of organised monastic Buddhist activities, which never recovered.

But the eastward drive of the Muslims came to an end in Bengal in the years 1199-1200 as a result of Burmese resistance. Without the Burmese bulwark, Muslim conquerors would have carried their jihad further east and likely wiped out Buddhism in Myanmar, Thailand and surrounding countries.

Thus the so-called Rohingya crisis marks the point at which the 800-year eastward expansion of Islam was successfully checked at the well-known Western Door, the Arakan State, of Burma. 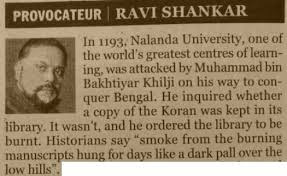 The text books that are taught to Pakistani children recount exploits of numerous past Muslim heroes in them. Standing tall amongst these heroes is one Arab by the name of Muhammad bin Qasim, born on 31 December 695 in the city of Taif in modern day Saudi Arabia.

He is sometimes called “the first Pakistani”. Port Qasim, Pakistan’s second major port is named in his honor. PNS Qasim is the name of a Pakistani Naval ship. Pakistan Army Aviation’s home base is called Qasim Base. Qasim is a fairly common first name for Pakistani male children. The day of Yom-e-Babul Islam is observed each year in Pakistan in memory of Muhammad bin Qasim.

We are told that Muhammad bin Qasim was an Umayyad general who conquered the Sindh and Punjab regions, now a part of Pakistan, along the Indus River. That at the tender age of just seventeen, he was sent by Caliph Al-Walid-I to lead an army towards South Asia to release Muslim women and children who were kidnapped by the Hindu Raja of the time.

That it was due to his conquest of Sindh and Punjab that the era of Islamic rule in South Asia was first launched in real earnest. This much we are told. This much Pakistani children are supposed to memorize and be examined in.

What we are not told is that the kidnapping event of women and children, though a historical happening by itself, may have been only a part of the legend. That the Umayyad interest in the region may have stemmed more from their desire to control the trade route down the Indus River valley to the seaports of Sindh, an important link in the ancient Silk Road, than any thing else.

That on certain earlier occasions too, they had unsuccessfully sought to gain control of the route, via the Khyber Pass, from the Turki-Shahis of Gandhara. That by taking Sindh, Gandhara’s southern neighbor, they were ultimately able to open a second front against the Gandhara.

We are also not told some of the other possible reasons for this campaign. That the locals of the region had targeted Sassanid shipping in the past, from the mouth of the Tigris to the Sri Lankan coast, from their bases at Kutch, Debal and Kathiawar.

That the real reason of the campaign may have been purely economic in which the kidnapping of women and children was but one fateful act of these semi-nomadic tribes whose activities disturbed much of the Empire’s shipping trade in the Western Indian Ocean. 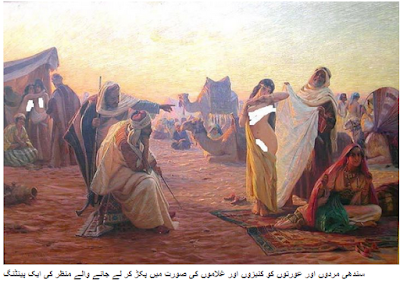 That the kidnapping incident only provided a ‘just’ reason to the rising power of the Umayyad Caliphate to gain a foothold in the Makran, Baluchistan and Sindh regions–an area the Empire builders had been eyeing for a rather long time by then.

That one other possible reason for the campaign could be the policy of the local tribes of providing refuge to Sassanid and Arab rebels who fled the Arab advance and the accompanied Umayyad persecution in a quest to consolidate their rule. This we are not told.

We are told that he treated most kindly his new subjects when he became their governor. What we are not told is that where resistance was strong, long-drawn-out and rigorous, Muhammad bin Qasim’s response was rather ruthless. By credible accounts, he inflicted 6,000 deaths at Rawar, between 6,000 and 26,000 at Brahmanabad, 4,000 at Iskalandah and 6,000 at Multan. And that he built many mosques upon the sites of razed Hindu temples.

We are told that his nemesis Raja Dahir was a cruel and unjust ruler and was involved in piracy. That he was the one that kidnapped and tortured the women and children and refused to recant. That he was an immoral man who married his own sister.

What we are not told is that Raja Dahir is also admired by many present day Sindhi Sunni and Shia Muslims. That he had given shelter in Sindh to a well-known follower of Imam Hussian, Muhammad Bin Allafi–a man much sought by the Umayyad in their deadly hunt for eliminating the last of the Ahl-e-Bait (Prophet Muhammad’s immediate family).

That, according to some very believable sources, Dahir had even offered asylum to Hussain ibn Ali, the grandson of Prophet Mohammed, who was being persecuted at home. That as a result of this offer, Hussain was on his way to Sindh when he was seized at Karbala in Iraq and killed most viciously. That according to G.M. Syed, the grand old man of Sindh, “the Sindhis weep for Hussain ibn Ali and they weep for Raja Dahir Sen.” This we are not told.

But above all what we are not told is the manner of this hero’s death and the events leading up to the occasion. Chachnama is an authentic document that recounts the history of Sindh in great details. It tells of an intriguing yet widely believed tale of Muhammad bin Qasim’s death.

According to this account, when Raja Dahir was killed in the battlefield, his daughters were captured as war booty in the Islamic tradition. The Governor, Muhammad bin Qasim, then sent them as ‘presents’ to the Caliph of the time Khalifa Sulayman ibn Abd al-Malik, to become a part of his vast harem. 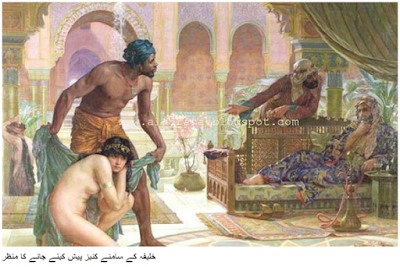 According to the narration, the women tricked the Khalifa into believing that Muhammad bin Qasim had violated them before sending them on. The Khalifa got so incensed for having been sent ‘tainted’ gifts that he ordered Muhammad bin Qasim to be wrapped in oxen hides and returned to Syria, his exploits not withstanding.

The journey resulted in his death from suffocation. This version attributes the women’s motive for the ploy to exacting vengeance for their father’s death. It also states that upon discovering the trick after the death of Muhammad bin Qasim, the Khalifa deeply repented his action and ordered the sisters buried alive in a wall as a punishment.

The Persian historian Baladhuri, however, states that the Khalifa Abd al-Malik was a political enemy of Umayyad governor Al-Hajjaj ibn Yusuf, Muhammad bin Qasim’s paternal uncle. He persecuted all those who were considered close to Hajjaj after his death. Muhammad bin Qasim was therefore recalled in the midst of a campaign of capturing more territory up north.

An honorable man, he reported to his Caliph despite his loyal friends dissuading him from it. Upon arrival, he was promptly imprisoned in Mosul, Iraq. Intensely cruel torture on him started immediately afterwards. So severe was this torture that Muhammad bin Qasim breathed his last during the most extreme of sessions one hot July afternoon.


Whichever account is true, we are told none of these. Two facts, however, remain undisputed. He was 22 years old when he was killed by his own Caliph. None have read the tombstone marking his grave for none know where he lies. 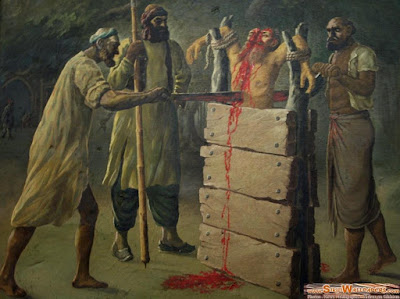