Murdered DNC Staffer Seth Rich Shared 44,053 Democrat Emails With WikiLeaks: For the past several months, Democrats have based their "Resist 45" movement on unsubstantiated assertions that the Trump campaign coordinated with Russian intelligence officials to undermine the 2016 Presidential Election thereby 'stealing' the White House from Hillary Clinton.

Day after day we've all suffered through one anonymously sourced, "shock" story after another from the New York Times and/or The Washington Post (the fake news media) with new allegations of the 'wrongdoing'.

But, new evidence surfacing in the Seth Rich murder investigation may just quash the "Russian hacking" conspiracy theory.  According to a new report from Fox News, it was former DNC staffer Seth Rich who supplied 44,053 DNC emails to WikiLeaks and not some random Russian cyber terrorist, as we've all been led by the Democrat Party to believe.

According to Fox News, though admittedly via yet another anonymous FBI source, Rich made contact with WikiLeaks through Gavin MacFadyen, an American investigative reporter and director of WikiLeaks who was living in London at the time.


According to Fox News sources, federal law enforcement investigators found 44,053 emails and 17,761 attachments sent between DNC leaders from January 2015 to May 2016 that Rich shared with WikiLeaks before he was gunned down on July 10, 2016.

The Democratic National Committee staffer who was gunned down on July 10 on a Washington, D.C., street just steps from his home had leaked thousands of internal emails to WikiLeaks, law enforcement sources told Fox News.

A federal investigator who reviewed an FBI forensic report detailing the contents of DNC staffer Seth Rich’s computer generated within 96 hours after his murder, said Rich made contact with WikiLeaks through Gavin MacFadyen, a now-deceased American investigative reporter, documentary filmmaker, and director of WikiLeaks who was living in London at the time.

“I have seen and read the emails between Seth Rich and Wikileaks,” the federal investigator told Fox News, confirming the MacFadyen connection. He said the emails are in possession of the FBI, while the stalled case is in the hands of the Washington Police Department.

These new revelations seem to be consistent with the findings of Rod Wheeler, a former DC homicide detective and Fox News contributor, whose private investigation firm was hired by Rich’s family to probe the case.

"My investigation up to this point shows there was some degree of email exchange between Seth Rich and WikiLeaks," Wheeler told Fox News. "I do believe that the answers to who murdered Seth Rich sits on his computer on a shelf at the DC police or FBI headquarters." 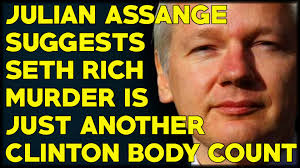 “My investigation shows someone within the D.C. government, Democratic National Committee or Clinton team is blocking the murder investigation from going forward,” Wheeler told Fox News. “That is unfortunate. Seth Rich’s murder is unsolved as a result of that.”

The botched robbery theory, which police have pursued for nearly a year, isn’t panning out, Wheeler said. Two assailants caught on a grainy video tape from a camera posted outside a grocery mart, shot Rich twice in his back, but did not take his wallet, cell phone, keys, watch or necklace worth about $2,000.

As you'll recall, Rich's death has been shrouded in mystery from the start as he was reportedly shot from behind in the wee hours of the morning but was not robbed of the nearly $2,000 worth of cash and jewelry on his body at the time.

Rich had been at Lou’s City Bar a couple of miles from his home until about 1:15 a.m. He walked home, calling several people along the way. He called his father, Joel Rich, who he missed because he had gone to sleep. He talked with a fraternity brother and his girlfriend, Kelsey Mulka.

Around 4:17 a.m., Rich was about a block from his home when Mulka, still on the phone with him, heard voices in the background. Rich reassured her that he was steps away from being at his front door and hung up.

Two minutes later, Rich was shot twice. Police were on the scene within three minutes. Rich sustained bruising on his hands and face. He remained conscious, but died at a nearby hospital less than two hours later.

Shortly thereafter, Julian Assange implied that Seth Rich was, in fact,a source for WikiLeaks and offered a $130,000 reward for information leading tohis killer.


In one television interview in August, Assange said, “Whistleblowers go to significant efforts to get us material, often very significant risks. There’s a 27-year-old that works for the DNC who was shot in the back, murdered, just two weeks ago, for unknown reasons as he was walking down the street in Washington.”

Per the Washington Examiner, Rich's family issued the following statement, via a 'spokesman', regarding the recent Fox News reports saying they have seen no evidence of the alleged emails between Seth Rich and WikiLeaks:


"As we've seen through the past year of unsubstantiated claims, we see no facts, we have seen no evidence, we have been approached with no emails and only learned about this when contacted by the press," the statement said. "Even if tomorrow, an email was found, it is not a high enough bar of evidence to prove any interactions as emails can be altered and we've seen that those interest in pushing conspiracies will stop at nothing to do so."

"We are a family who is committed to facts, not fake evidence that surfaces every few months to fill the void and distract law enforcement and the general public from finding Seth's murderers. The services of the private investigator who spoke to the press was offered to the Rich family and paid for by a third party, and contractually was barred from speaking to press or anyone outside of law enforcement or the family unless explicitly authorized by the family."

Seems that not everyone within the FBI is on board with the "Russian hacking" narrative and are finally starting to come forward.


Finally, we find it 'shocking' that while the left-wing fake news media such as New York Times, Washington Post, CNN, etc are all too eager to regurgitate each others anonymously sourced stories that are critical of Trump, not a single one of them had a single reference of this Fox News bombshell on their website at the time this article was published. 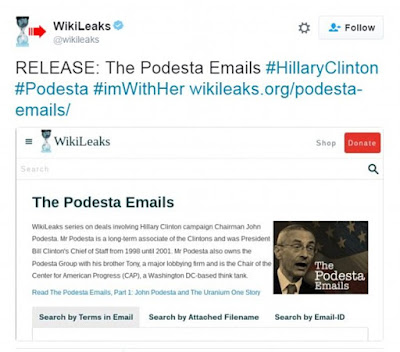