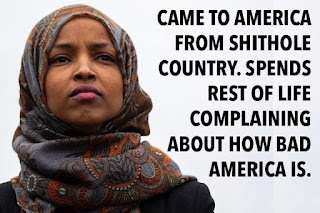 On July 29, Representative Ilhan Omar (D-Minn.) retweeted a tweet from actor/activist Tom Arnold that mocked an assault on Senator Rand Paul (R-Ky.), who suffered five broken ribs in the attack.

The tweet reads, “Imagine being Rand Paul’s next door neighbor and having to deal with @RandPaul lying cowardly circular whiney bullcrap about lawn clippings. No wonder he ripped his toupee off."

Rand Paul’s neighbor is Rene Boucher. He attacked Paul on Nov. 3, 2017 when Paul was outside mowing his lawn.  Paul sustained five fractured ribs and got pneumonia as a result of the attack. Boucher eventually pleaded guilty to assaulting a member of Congress.

The retweet by Omar follows comments made by Paul in an interview with Breitbart News, in which he said the congresswoman was “ungrateful” about America. He also offered to pay for her to take a trip to Somalia to help her “appreciate” America more.

Many observers were quick to condemn Omar’s retweet. Lee Zeldin (R-N.Y.) tweeted, “Ilhan Omar’s brilliant Monday idea is RTing this celebration of a violent physical assault on a fellow Member of Congress who was actually attacked. Incredibly gross.”

Donald Trump Jr. tweeted, “Congresswoman Ilhan Omar retweeting calls for political violence against @randpaul. I’m not surprised, and look forward to the forthcoming silence from the media on the issue.” The liberal media, who are knee-jerk Omar supporters, essentially ignored the story. 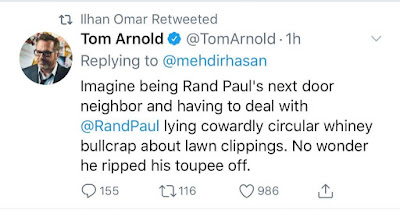 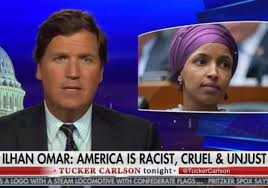