Ben Carson: Trump “Is Not Racist At All.” 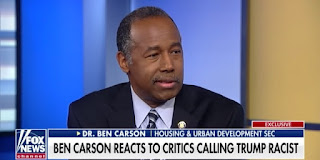 WASHINGTON – Housing and Urban Development Secretary Ben Carson ​on ​Sunday defended President Trump against accusations of racism. “He is not racist at all,” Carson told Fox News’ “Sunday Morning Futures.”

“He lived in New York. Jesse Jackson gave him an award for the incredible things that he had done in the African​-American community,” Carson added. “I have never seen anything that even resembles racism.”

It’s unclear what award Carson is referring to, but Trump did donate office space to Jackson’s Rainbow/Push Coalition at his 40 Wall Street building that garnered praise from the civil rights leader at the time.


But Trump sparked controversy when he called for the reinstatement of the death penalty for the Central Park Five – young black and Latino men who were wrongly accused of assaulting a white Central Park jogger in 1989. Trump never apologized and his statements have gotten renewed criticism with the release this year of a Netflix series on the case.

Carson’s defense of Trump comes after the House voted last week to condemn Trump’s “racist” tweets against four progressive Democrats in Congress. Trump told the women of color to “go back” to where they’re from.

C​arson, who is African American, condemned a “radical element” in Congress and brought up examples of his personal interactions with Trump. The first time he met Trump at his Mar-a-​L​ago resort, another guest alerted Trump to the arrival of singer Rod Stewart.

But Trump wasn’t distracted from his conversation with Carson, who was a celebrated neurosurgeon before entering politics. “Trump said​,​ ‘Yeah, but this is Ben Carson,’” recalled Carson.

Carson also cited a embarrassing hiccup during one of the GOP debates when Carson missed his entrance on stage because he couldn’t hear his name announced. “Everybody else walked gleefully past me, but Trump stood right next to me until they straightened it out,” Carson said. “That’s the kind of person that he is.”

Carson said Trump’s policies are responsible for the lowest black unemployment, investment in opportunity zones and for criminal justice reforms that are giving inmates second chances. “It’s what’s been done,” Carson said. “It’s not what has been said or how it’s been interpreted and hashed over and over in the media.” 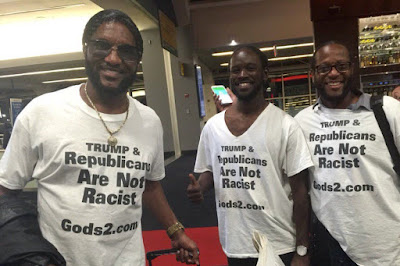 Trump 'is not racist at all': Ben Carson

Omar tweeted on Saturday that America needed to "end this charade" and "accept that this racist president wants every black/brown person deported and Muslims banned."

Trump responded on Sunday by tweeting that he does not believe that 'the four Congresswomen are capable of loving our country." He also tweeted that they are "destroying the Democrat Party" and are "weak and insecure people who can never destroy our country." 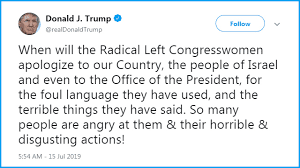 Ben Carson, secretary of Housing and Urban Development, told Fox News' "Sunday Morning Futures Opens a New Window. " that he does not believe Trump is racist. "I have never seen anything that even resembles racism," he said.

"And look at the policies that have been done and look at the people who have been helped." Carson said that several of Trump's policies have helped black and Hispanic unemployment levels reach an all-time low.

"Look at the fact that he has engaged so much in second chance for people, you know things other people have talked about but he has done," Carson said. "Opportunity zones where people who have made enormous amounts of money have the opportunity to take unrealized capital gains and to plow them into the areas of the country that have traditionally been neglected."

The unemployment rate among African Americans Opens a New Window.  has been declining over the past decade (currently at 6 percent), but is still higher than the national unemployment rate (3.7 percent), and comes at a time when the economy is at an all-time high, something Trump noted on Saturday.

"Economic numbers reach an all time high, the best in our Country’s history. Great to be a part of something so good for so many!" Trump tweeted.

Additionally, Carson said that the low homeownership rate among African Americans is related to the housing crisis. "People took advantage of a lot of people who did not have a lot of wherewithal in terms of financial knowledge about housing," he said.

"And by manipulating debt-to-income ratios and the various types of manipulations for credit that were done, they put people into houses they couldn't afford." Carson said a lot of issues arose for the people affected by this "manipulation."

"You lose your house, you lose your credit, you lose your future opportunities," he said. "We're still recovering from that. And it is very important that we do what we can to get people back into housing."
(Trump standing by Ben Carson at Republican Presidential Debate.) 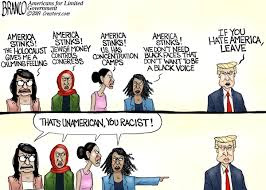