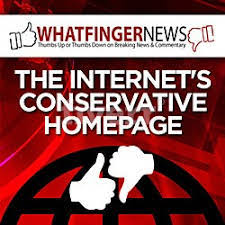 Is Whatfinger News replacing the Drudge Report? News aggregate site is better maintained, faster, and contains more independent news links: More and more, consumers of independent media are rejecting the iconic Drudge Report, which has stood for more than two decades as the one place on the Internet where Right-leaning Americans could go to become better informed, in favor of a start-up aggregation site that has more depth, more breadth, and features a wider selection of quality conservative content.

Seemingly overnight, Whatfinger news (Whatfinger.com) has become a new conservative destination sensation for Trump-supporting Americans who have noticed that, over the past several months, Drudge has begun to feature more news from Leftist “establishment” media that is only ever critical of the president.

This was made apparent in recent weeks when conservative political cartoonist Ben Garrison, who is featured regularly at Whatfinger, tweeted about Drudge’s increasing “Left-wing” bent. As NewsTarget noted in May: By any measure, Whatfinger News is now a news aggregate player.

According to Similar Web, a website ranking firm, the site unofficially attracted around 4.3 million visits in March (the latest month figures  available). That means the site is already sending some serious traffic to sites fortunate enough to be featured.

And it’s just the beginning. “Our goal is to grow, we are tiny and a new site,” site co-creator “Mike” told us, adding that Whatfinger News has only been up and running officially for about 18 months. “We’re motivated. Just wanting the news at our fingertips and not just from fake news which dominates media,” he continued.

It shows. The site regularly features lots of stories from a variety of lesser-known conservative news outlets who are struggling to make names for themselves in a crowded field dominated by the big names. What’s more, the Whatfinger site features more news daily than Drudge, and appears to be updated on a more frequent basis. 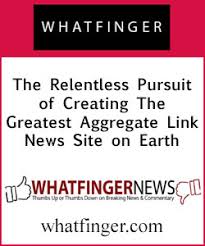 So, what has happened to Matt Drudge, who was all-in for then-GOP nominee Donald Trump? What has changed? Why have most of his Trump-related links of late featured mostly Left-wing establishment media stories, all of which are 100 percent negative for the president (and rarely ever correct)?

Some have speculated that it is due to Trump’s fallout with Drudge pal Ann Coulter, the conservative firebrand who tussled with the commander-in-chief last year because he wasn’t moving quickly enough, to her liking, to curb illegal immigration and build his promised wall.

Mind you, the president has faced tremendous pushback on that front — from the corrupt media, of course, but also from Democrats, Left-wing groups, and a plethora of judicial activists on federal courts. In some instances, the president has won cases on appeal, but overall, he can’t get Democrats in Congress to agree to change asylum laws and other regulations that are serving as magnets to migrants from the impoverished third world.

In fact, to that end, Coulter hasn’t made any appearances on Fox News of late, though she used to be a regular. In any event, whatever the reason, The Drudge Report no longer serves as the go-to daily news aggregate site for an increasing number of conservative, pro-Trump news consumers: That mantle has been taken over by Whatfinger.

Others have noticed as well. The far-Left news site Salon noted in January that it appears as though Drudge’s ‘support’ for the president is “finally waning.” (Related: DRUDGE: ‘What happens when the FBI lies to US?’)

Moreover, conservative talk radio behemoth Rush Limbaugh recently observed that a series of stories Drudge linked to “makes it look like this country’s finished.” “Somebody landing from Mars and looking at the Drudge page today is gonna ask themselves why they came,” he joked — but only half-heartedly.

Meantime, Whatfinger News continues to grow as it blossoms into the newest conservative news aggregate page on the Internet. And much to the delight of Trump supporters everywhere. 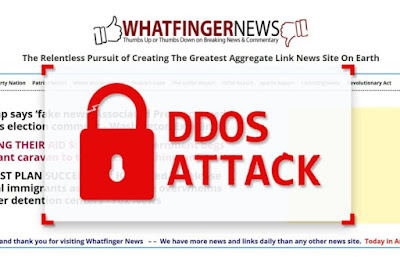 Rapidly growing conservative news site Whatfinger is plagued by attacks from the left: Conservative news aggregation website Whatfinger news has seen an increased number of attacks lately. The pro-Trump site is growing rapidly and is now visited by around 3.7 million visitors every month, a growth of nearly 75 per cent in just five months.

The owner of the site, who wishes anonymity, tells us how the site is frequently attacked. “We are under attack by the left in many many ways. As an example, even WordPress now in their stats are stopping sites from seeing traffic from conservative sites. It is insidious actually,” the owner tells us.

He adds that there are DDOS attacks on the site as well, especially from Islamic countries and from leftists in the US. In the past the account of Whatfinger was already shadow banned by Facebook, Reddit and other sites, according to the owner for supporting President Trump and criticising Islam.

Fellowship Of The Minds (FOTM), a site, that is frequently referred to by Whatfinger news has seen them disappear from their WordPress statistics. In other words, administrators of FOTM can no longer see how many views Whatfinger generates for them. The site explains it as follows:

“Beginning yesterday, I noticed something odd: There were no referrals from Whatfinger! Here’s a screenshot I took of yesterday’s referrals: So I went on Whatfinger to find out what had happened. I saw that Whatfinger did post links to our posts, but also this statement:

“Many sites have now sent screenshots, sites that we send thousands of people to daily who are all noticing WordPress ‘shadowbanning of stats’ – we all now need to know the truth. Are all conservative sites targets?

“Will they blame some ‘algorithm as Facebook likes to do? Can’t be just Whatfinger, since we are new and no where near the size of other sites just yet. So I went to FOTM‘s stats page, only to discover that WordPress had changed the referrals of the day before, Oct. 11, to remove all referrals from Whatfinger! 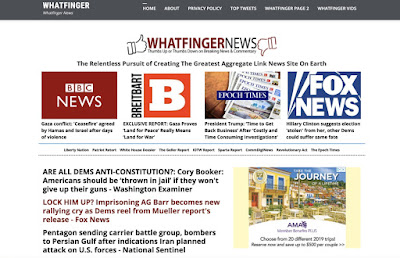