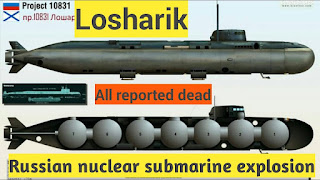 On Monday, a Russian submarine caught fire during a mission, killing 14 sailors on board. But the public didn’t find out about the incident until the next day, when Russia finally released a statement about the accident — though two days after the event, the nation still wouldn’t say exactly what kind of sub caught fire or whether it was nuclear-powered.

A possible reason for Russia’s caginess? Multiple sources are now claiming the sub was an AS-12 “Losharik,” a nuclear-powered submarine some speculate was designed to cut the undersea cables that deliver internet to the world.

Russian media outlets RBC and Novaya Gazeta have both cited anonymous sources who claim the submarine was a Losharik, and while the sub has been in operation since 2003, Russia has never come out and declared its official purpose.


That hasn’t stopped the U.S. and other Western officials from conjecturing about it, though. For years, they’ve warned that Russia has been surveying undersea cables, and experts have called out the Losharik by name as possibly playing a role in future missions to disrupt those cables. Of course, there’s another possible reason for Russia’s lack of openness about Monday’s incident: if the Russian sub was a Losharik, that means a nuclear-powered craft just caught fire.

On Tuesday, Norwegian authorities reported that they hadn’t detected any abnormal radiation in the area of the fire. But the fact that Russia itself hasn’t released a similar statement is cause for serious concern, according to Russian news site The Bell.

“Nearly a day without information about the accident in a nuclear facility and the need to look out for Norwegian statements about the level of radiation should have given a shudder to those who remember the Chernobyl nuclear power station,” the site wrote about the fire, according to Reuters.

Russian President Vladimir Putin has ordered the country's defense chief to travel to a northern naval base to conduct a probe after a fire on what the Kremlin described as a deep-sea "research submersible" killed 14 crew members.

Putin on July 2 called the incident a "great loss" and told Defense Minister Sergei Shoigu to "personally receive reports," give tasks to investigators to "identify the causes behind this tragedy," and report back to him.

Putin's meeting with Shoigu came after the Defense Ministry said earlier in the day that 14 sailors were killed when a fire broke out on July 1 aboard a submersible that the ministry said was carrying out "research" work in Russian territorial waters.

It was one of the worst Russian naval disasters since 2000, when the Kursk nuclear-powered submarine sank following two explosions aboard the vessel, killing all 118 crew members aboard. Russia's RBK news outlet quoted a military source as identifying the vessel in the latest incident as the Losharik AS-12 nuclear-powered submarine, although the Defense Ministry has not identified the type of vessel involved. 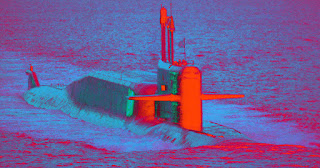 When the Losharik was launched in the early 2000s, details of the vessels were considered highly secret. One report said it was capable of diving 2,500 meters under the sea. Russian media reported that the Losharik is carried under the hull of a mother submarine, the nuclear-powered Belgorod.

Russia in April launched the special-purpose Belgorod, which is believed capable of carrying nuclear-tipped underwater drones capable of threatening U.S. coastal cities. The RBK report said the (sub-fire) incident occurred in the evening hours of July 1.

Per Strand, a director at the Norwegian Radiation and Nuclear Safety Authority, told Reuters that his agency had not seen any raised levels of radiation in the area of the submarine accident. He said Norwegian authorities had been told by their Russian counterparts that a "gas explosion" had occurred on board the vessel.

The report did not say how many crew members were aboard. It said the fire was put out by other crew members. The submersible is now at a navy base in the northwestern city of Severomorsk near Murmansk on the Barents Sea, officials said. An investigation has been launched, the ministry said.

AFP quoted a military expert speaking on condition of anonymity as doubting that the vessel was on a scientific research mission. "Usually it's a cover for different type of work conducted on the seabed," like laying cables, the expert said.

Russia has suffered several deadly submarine incidents over the past two decades, as well as a rash of fires during decommissioning at ports. In the deadliest submarine incident since the Kursk, 20 Russian sailors and shipyard workers died aboard the submarine K-152 Nerpa when the fire-extinguishing system accidentally activated, causing suffocation. ​ 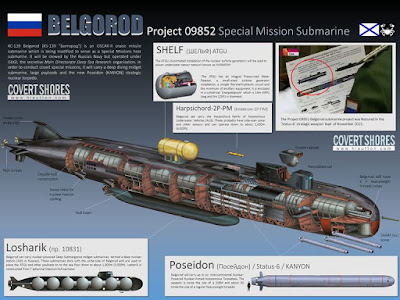 Here's What We Know About Russian Spy-Sub 'Losharik'

It's one of the more unique, more capable, and more distinctive vessels in Russia's naval fleet. And it now appears to hold the distinction of being the latest Russian naval ship to suffer a catastrophic -- and, so far, unexplained -- incident.

Russia's Defense Ministry said on July 2 that a submarine operated by its main naval research-and-development unit had suffered a fire on board, killing 14 sailors. The ship was reportedly operating in Russia's territorial waters in the Barents Sea.

The ministry did not identify the ship involved in the July 1 incident, describing it only as "a research submersible vehicle designated for studying the seafloor...in the interests of the Russian Navy."

Multiple Russian media outlets, however, reported it was a submarine known as the AS-12; another outlet pointed to a vessel with a similar design, the AS-31. Nicknamed Losharik, after a Soviet-era cartoon horse made up of balloon-like spheres, both submarines are nuclear-powered vessels that have been the subject of speculation and rumor among Western naval analysts and military experts for years, curious about its design and capabilities.

According to one respected naval blogger, the AS-12 is a deep-diving special missions ship, operated by the Russian Navy's primary research unit, the Main Directorate Deep Sea Research (GUGI). Nuclear-powered, with a crew of up to 25, the ship has been in service since the early 2000s and is believed to be able to dive as deep as 6,100 meters.

It's designed in a way that allows it to dive deeper than normal Russian attack or ballistic-missile submarines. It features a series of orbs contained within a traditional-looking submarine hull, thus giving rise to its cartoon nickname. The submarine is also designed to be carried, or ferried, under the belly of a larger submarine, allowing greater secrecy and shrouding from sonar or other surveillance. Western military analysts and at least one Russian naval blogger said the ship that most often ferries the AS-12 is the BS-136 Orenburg, a modified Delta III ballistic-missile submarine.

Though military spending has started levelling off, Russia President Vladimir Putin has poured tens of billions of dollars into upgrading his country's armed forces and increased the number of operations across the different branches in recent years. 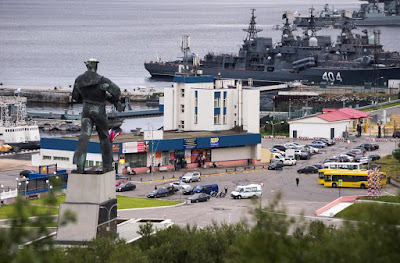 The navy is no exception, particularly with the increased Russian military presence in Syria and the eastern Mediterranean, says Jeffrey Edmonds, a former National Security Council staffer and research scholar at the Washington-based Center for Naval Analyses.

"A higher operations tempo increases the chances of an accident," he tells RFE/RL. "However, it's too early to say what caused the fire and whether or not it was human or mechanical error. The Losharik incident will likely have a deep operational impact on the Directorate for Deep Sea Research, given how advanced and relatively few these submarines are."

For the wider public, the shadowy world of undersea surveillance, and even sabotage, has regained attention over the past two years with the spotting of Russian military research vessels lurking off U.S. coastlines.

Others have pointed to new Russian efforts to go after the network of undersea acoustic arrays that the United States and NATO have deployed for years to track submarines, or even classified naval cables.

GUGI, the navy’s leading experimental research division, has been behind several eye-catching weapons systems in recent years, including a nuclear-powered torpedo. It's also responsible for a research vessel known as the Yantar, which was launched in 2015 with the ability to carry two manned submersibles and a remotely operated underwater vehicle.

In 2017, Russia's official government newspaper, Rossiiskaya gazeta, boasted of the surveillance capabilities of the ship, which, like the AS-12, calls the Kola Peninsula port of Severomorsk its home. "Yantar has devices aboard intended for deep-sea tracking, as well as equipment for connecting to top-secret communications cables," the paper wrote.

In 2018, the United States went so far as to accuse Moscow of "tracking undersea communications cables" and imposed economic measures on the Russian company that was allegedly providing underwater diving equipment to Russia's Federal Security Service.

On July 2, there were conflicting reports about what may have sparked the fire, whether the dead sailors may have asphyxiated due to noxious fumes or for other reasons, and whether the fire occurred on the submarine itself or on another submersible launched by the AS-12.

For many Russians, the incident has echoes of one of the most searing moments of Putin’s presidency: the 2000 sinking of the submarine Kursk, which killed 118 sailors. Putin and military officials were excoriated in the immediate aftermath for lying about the rescue operation.

"The Russians are investing a lot of energy in developing new approaches to undersea warfare, but everything that I have seen...seems to indicate that certain legacies of the Soviet era, especially overly centralized design control and corruption, remain endemic," says Don Thieme, a retired U.S. Marine officer and now a professor at the Center for Naval Warfare Studies at the U.S. Naval War College.

Despite lingering problems with design and corruption, Thieme -- who clarifies that his views are separate from those of the U.S. Navy or the Defense Department -- says Russian military thinkers are still formidable.

"One should never underestimate the Russian capability to be innovative in their design processes and how they think about the maritime domain from their perspective," he tells RFE/RL. "No matter what the cause, it is a sad day for the Russian submarine force and the Russian Navy who will, once again, have to do a lot of soul-searching and answer some painful questions," he adds. 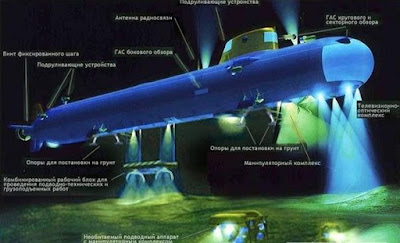