Chinese Students Forced By Beijing To Steal US IP 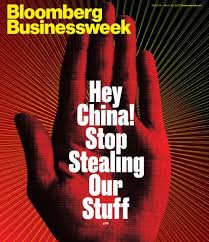 U.S. Senator Mark Warner (D-VA) revealed in recent comments the extent to which the Chinese regime pressures Chinese nationals studying and working in the United States to steal intellectual property on its behalf.

During a speech on homeland security and counterterrorism given at the Council on Foreign Relations in Washington D.C. on June 17, Warner revealed that Chinese spies have threatened the families of Chinese international students at U.S. schools to bring back intellectual property.

Otherwise, “if your son or daughter does not come back with intellectual property, you, family, will be put in jeopardy,” he said. Warner is vice chairman of U.S. Senate select committee on intelligence. Warner’s speech focused on China’s threats in the realm of 5G, the next generation of mobile telecommunications, and artificial intelligence (AI).


During a question & answer session after his speech, Warner was asked how to protect U.S. cutting-edge technologies from Chinese students, since there have been many documented cases of Chinese scientists and engineers at top U.S. universities bringing back technologies back to China.

“There are 360,000 Chinese students studying in America—literally, one out of every three [international students],” Warner said. “In many of these universities, this is a revenue source that the university has become addicted to.”

On the other hand, “we are currently losing $400-500 billion worth of intellectual property each year…That’s an enormous, enormous loss,” Warner said. According to a 2017 report by the National Bureau of Asian Research, IP theft costs the U.S. economy between $225 billion and $600 billion in losses per year.

“The overwhelming majority of counterintelligence cases in our country right now involve Chinese nationals,” Warner added. But he clarified that he was not making a blanket statement accusing all Chinese students of espionage. Warner also spoke about how the Chinese regime in general “takes advantage of the authoritarian model to force Chinese companies, researchers, and others to act on behalf of the Communist Party.”

As an example, he said many Western companies that wished to enter the Chinese market about twenty years ago agreed to “make sacrifices on intellectual property” by transferring technological know-how to their joint-venture partners in exchange for market access. Now, these Western firms see Chinese state-owned enterprises using those same technologies to “build economic dominance… not only in China, but around the region.”

Warner added that the Chinese regime has aggressively developed cutting-edge technologies such as 5G, AI, and quantum computing, and other advanced technologies for its own interests, including building a surveillance state to monitor its own citizens. Now the Chinese authorities are trying to export these technologies abroad.

“Increasingly they are offering this technology-driven repressive-state model to regimes like in Pakistan, Ethiopia, Venezuela, and elsewhere,” Warner said. Warner said he was working with other senators to introduce more legislation that would counter the Chinese regime’s “dominance.” Warner suggested that the United States “build a grand international coalition” with allies, and tell the Chinese regime: “You’ve got to play by the rules.” China Strengthens Its Navy by Stealing US Submarine Technology

China has made remarkable progress in its submarine warfare capabilities and is using stolen technology from the United States to boost that progress, said the head of the US Fleet Forces Command. for the Pacific, Admiral Philip S. Davidson.

In a letter to the Senate Armed Services Committee , Davidson warned him that while the US has a “significant asymmetric advantage in underwater warfare”, the Chinese Navy “is making progress” in this regard, since Beijing has made it a priority to increase its own capabilities in this underwater warfare in order to challenge the Americans, as reported yesterday by several international media.

China has invested considerable resources in its submarine fleet, since 2002, it has built 10 nuclear submarines: six Shang I and II nuclear attack submarines capable of firing anti-ship and ground attack missiles, and four Jin-class ballistic missile submarines. , the admiral said, based on a study by the US Department of Defense.

The Asian giant maintains a large fleet of advanced diesel-electric submarines, said the US military high command, adding that these submersibles are heavily armed and allow Beijing to project its influence along the Pacific Ocean and into the Indian Ocean.

The Chinese Navy “has new submarines equipped with ballistic missiles as well as attack submarines,” he stressed to the congressmen of the aforementioned committee warning them of the danger that these submersibles represent for their American counterparts deployed in the waters of the South China Sea.

In his writing, Davidson emphasized that these military technologies include stealthier submarines equipped with increasingly sophisticated weapons, unmanned underwater vehicles and new radars that seek to challenge US domination in the region.

China is “stealing American technology” to develop this type of military equipment, explained the US military, citing the theft of projects of designs of US defence contractors by Beijing through cyber attacks.