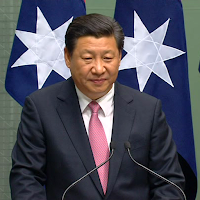 The backlash is growing against Xi Jinping in China and around the world: (CNN)The backlash abroad against President Xi Jinping's China, at least in developed nations, has spread rapidly in the last year.

Some countries, like Australia and Canada, feel patronized and bullied. Neighbors worry they are being marginalized. Advanced industrial nations, especially Germany and South Korea, see China coming at them like an unstoppable, oncoming train.

The US, for decades the world's lone superpower, is confronted by a once-in-a-lifetime challenge from Beijing. All of these phenomena, previously bubbling under the surface, have burst into clear view during Xi's time in office. Beijing's opaque internal political system means it is hard to make judgments about domestic Chinese politics, but there can be little doubt that a backlash is underway at home, too.

As a leader, Xi is unique in post-revolutionary party politics in not having any identifiable domestic rival or successor, largely because he has ensured that none have been allowed to emerge. But Xi has earned himself an array of what we might called "bad enemies" and "good enemies" since taking office in late 2012.

They range from the once-rich and powerful families he destroyed in his anti-corruption campaign, all the way to the small-r reformers angered by his illiberal rollback of the incremental institutional advances of the reform period.

Forced to lay low initially because of the dangers of challenging him outright, Xi's critics at home have begun to find their voice. They have been outspoken mainly on economic policy, but the deeper undercurrents of their criticisms are unmistakeable. 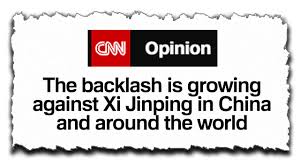 The sons of former top leaders, revered scholars who guided China's economic miracle, frustrated private entrepreneurs and academics furious about Xi's unrelenting hardline -- all have complained in multiple public forums, in speeches, in online postings and in widely circulated essays at home and offshore, about Xi's policies and style.

"Something strange is happening in Xi Jinping's China," wrote Ian Johnson in the New York Review of Books. In what was supposed to be the "perfect dictatorship", the country was witnessing "the most serious critique of the system in more than a decade, led by people inside China who are choosing to speak out now, during the most sensitive season of the most sensitive year in decades."

The exact number of "tigers" toppled by Xi's anti-corruption campaign -- in other words, officials who were once part of the designated elite whose jobs had to be cleared through the Party's central personnel system -- is not easy to calculate. The best estimates put it around 300 to 400, including scores of generals.

The officials who have been prosecuted and jailed include members of the Politburo, ministers, vice-ministers, the heads of state-owned enterprises, provincial party leaders and governors, and mayors. In each of those cases, the investigations don't just hit the individual official who has been targeted and detained.

Literally, hundreds of thousands of people who are tied into and rely on that single person for their income are effectively swept up with them. Their livelihoods, and all that they have invested in clawing their way through the system, can evaporate with the stroke of a pen. Some members of the patronage networks are often arrested themselves.

Xi has made enemies of them all. "Xi has destroyed millions of people in the elite who now all hold a personal grudge against him," said a China-based businessman, who asked not to be named, earlier in 2019. "These people are not a bunch of uneducated peasants from the sticks in Henan. They had skin in the game." 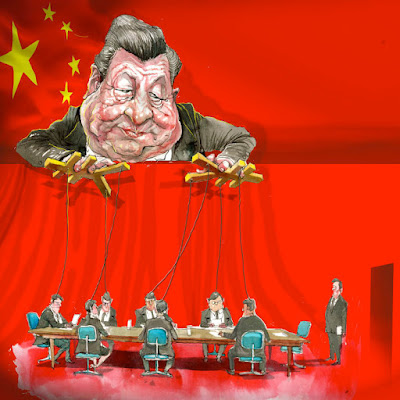 Threshold for an uprising 'is high'

Despite all this, Victor Shih, a US-China specialist, was doubtless right when he said that the threshold for some kind of "intra-party uprising" against Xi remains very high. "He would need to commit a catastrophic mistake that jeopardizes the continual rule of the Party for his potential enemies within the Party to rise up against him," Shih said in the New Yorker.

But the idea that Xi is literally "president for life," as he is often referred to in the wake of the 2018 abolition of term limits, will in all likelihood be proved wrong. From mid-2018, Xi was already facing a public backlash on economic policy, the area where it has always been safest for Chinese to speak out.

Xi has a legion of critics on foreign policy as well, who believe he has overreached and left the way open for the US and others to bind together on issues ranging from trade and technology to military and strategic influence in East Asia.

Most scholars have delivered their critiques in private, or in carefully coded language. However Deng Xiaoping's son, Deng Pufang, was explicit in a speech late last year to a disabilities forum which was leaked to the Hong Kong media. He urged China's leadership to "know its place" in the world, and concentrate on its problems at home. 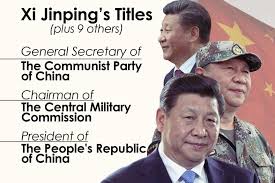 Finally, the abolition of term limits summed up the rage that many influential officials and scholars felt about their country's leader. In one decision, Xi confirmed his critics' view that he was an unrepentant autocrat willing to take China backwards in the service of his agenda.

Just as it is difficult to anticipate where any challenge will come from, it is equally hard to see how Xi's supremacy in domestic politics can be sustained. Factors which remain out of Xi's control will weigh against him.

China's slowing economy and rapidly declining demographics can obviously be leveraged to argue in favor of maintaining tight authoritarian controls. But they are much more likely to work against Xi in future. The same goes for China's tightening fiscal situation.

Beijing's ability to throw money at every problem, like bailing out cash-strapped local governments, will only get harder. In other words, by the time of the next party congress, due in late 2022, the issue of succession should return with a vengeance. 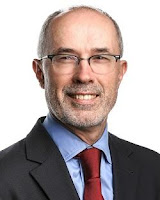 (Richard McGregor is an award-winning journalist and author with unrivalled experience reporting on the top-level politics and economies of east Asia, primarily China and Japan. He was the Financial Times bureau chief in Beijing and Shanghai between 2000 and 2009, and headed the Washington office for four years from 2011.

Prior to joining the FT, he was the chief political correspondent and China and Japan correspondent for The Australian. His book The Party: The Secret World of China’s Communist Rulers won numerous awards, including the Asia Society in New York award in 2011 for best book on Asia. His latest book, Asia’s Reckoning: China, Japan, and the Fate of US Power n the Pacific Century, was described as “shrewd and knowing” by The Wall Street Journal, and a “compelling and impressive” read by The Economist.

He was a fellow at the Wilson Center in 2015 and a visiting scholar at the Sigur Center at George Washington University in 2016. He has lectured widely, in the United States and elsewhere, on Chinese politics and Asia.)