(Yan Yunming article from the CPC-Mouthpiece GLOBAL TIMES on 03 July 2019.) 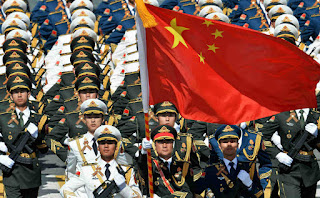 Hostility toward China affects Australia’s development: Australia's ABC network reported Tuesday that the country's leading intelligence analyst Hugh White warned Australia to consider "whether or not to acquire nuclear weapons as part of a strategy to counter the rise of China."

This is not the first time that Canberra has picked on Beijing. It seems that certain people and institutions in Australia have been influenced by some sort of "China phobia," feeling anxious about almost everything involving China. Now, even nuclear weapons are taken into consideration to deal with China.


Politically, China has long been accused of seeking "clandestine influence" in Australia. Some even suspect that Chinese social media app WeChat has been used to intervene in Australia's elections. In terms of military, in response to China's rise, Australian forces "wind down their presence in Afghanistan and Iraq," and are "renewing their focus on Australia's island neighbors," according to the New York Times on June 11.

More importantly, in the international arena, Canberra has formed an alliance with Washington in recent years and launched several Cold War-type confrontations, venting its deep hostility toward China.

The "China threat theory" hyped by some inside Australia seems to have worked. The 2019 Lowy Institute Poll released in June suggested that only 32 percent of Australian respondents trust China, the lowest in 15 years. Such hostility is pushing Beijing and Canberra, as well as the two peoples, further away.

But what good would it do Australia? The concerns and animosity can only expose certain Australian politicians' Cold War mentality and their wild ambition to vie for influence in the Asia-Pacific region, and eventually harm the nation. 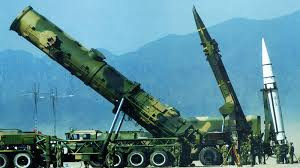 On May 6, Australia's former prime minister Paul Keating launched an attack on the nation's security agencies that "lost their strategic bearings" in their stance on Beijing, and warned that Canberra-Beijing ties must be "healed."

Anti-China politicians in Australia should really listen to what Keating has said, stop the zero-sum game mentality and stop hyping the "China threat theory." It is cooperation rather than confrontation that will benefit a country's development. 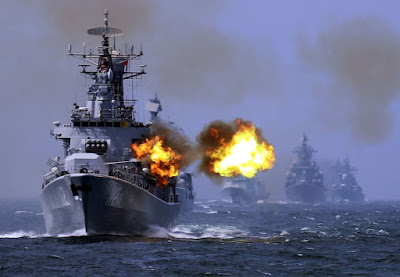 Australia should focus on trade opportunities with China

Australia should focus on trade opportunities with China given limited risks in doing so, a recent Australian academic report has said.

Australia "fears economic abandonment by China," and the fear arises from the possibility of being cut off from huge Chinese demand worth nearly seven percent of Australia's gross domestic product, said the report from the Australia-China Relations Institute (ACRI) at the University of Technology Sydney.

The report pointed out that although diversification should be pursued with traditional trading partners such as the United States and Japan, as well as with up-and-comers like India and Indonesia, none of these countries, individually or collectively, offer "the potential to substitute for the scale of demand that China injects into the Australian economy, now or into the foreseeable future."

It also dismissed the claim for decoupling Australia and China, saying this would be costly to Australia's prosperity. "Other countries would also be happy to pick up any trade opportunities with China that Australia left on the table," the report said.

The report said that economic risks of Australia trading with China could be from China's reduced demand for Australian goods and services, or a shift in the structure of Chinese demand unfavorable to the industries in which Australia excels, among others.

However, the report noted that evidence showed that the risks are relatively limited, at least at more aggregate levels. "The visibility of Australia's China risks, as well as their likelihood and scale of impact, suggests they are largely capable of being managed with appropriate contingency planning," it said.

Australia must get off the fence on US-China power balance 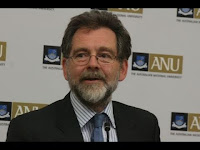 As tensions over China grow in Hong Kong, one of Australia's most influential foreign policy strategists has issued a warning today to the Australian Government that it needs to get off the fence and decide where Australia stands on the China-US battle for leadership status in our region.

In his provocative new book, How to Defend Australia, Emeritus Professor of Strategic Studies at the Australian National University, Hugh White, sets out the tough choices facing Australia. One of the most confronting options is that Australia becomes a nuclear armed nation.

Australia warned to double Military Might to counter China

One of Australia's leading defence analysts has warned the nation must dramatically increase military spending — including doubling orders for submarines and fighter aircraft — because the United States is no longer a reliable ally.

"For the first time really since European settlement of this continent we can no longer assume that we'll have a great and powerful friend [Britain first, then America] as the dominant power in Asia, as the strongest military power in Asia."

In his newly-released book How to Defend Australia, Professor White suggests overall defence spending will need to leap from 2 per cent of GDP to 3.5 per cent. "That means we're looking at spending an extra $30 billion a year — it's a huge increase but what else should we expect when we move from an environment in which we've been very confident in American support?

"It would be a modest but significant increase in the tax take, for example to expand our tax base in order to accommodate that, or of course to cut other spending. But it would be a very big decision to make and what I'm hoping my book will help to do will be to stimulate the debate that we have to have in Australia about what kind of approach we take to our own defence in what's going to be a much more demanding strategic era."

Among Professor White's radical proposals is the scrapping of the $50 billion program to build 12 French-designed future submarines, and to replace them with at least 24 more affordable boats, based on Australia's current Collins Class fleet.

"The problem we have with the submarine project we have underway at the moment is that it's going to deliver — if it delivers — very expensive submarines of which we can only afford a relatively small number, very late and [there are] real uncertainties about their performance."

Professor White conceded there are no simple "off the shelf" options for submarines, but a new design based on Australia's ageing fleet would be the quickest option. "By far and away the best fit is an evolution of the current design. We have the Collins design [which], for all its problems, has proved to be a very good submarine, [and] it's a submarine in the world we know best and it's big and has the long range we require." 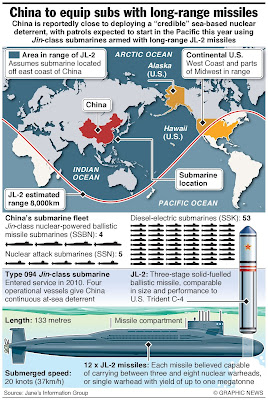 To help pay for a massive build-up of submarine capability, Professor White argued Australia should scrap the $35 billion Future Frigate program, because the British-designed "big, expensive warships" are not "cost effective".

"Successive governments in Australia have put a huge emphasis on building up our surface fleet — that would be a sensible thing to do if our primary operational aim was sea control, to project power by sea against other countries. But I'm arguing that in the tougher environment of the future we're going to need to focus on the opposite thing, on preventing other people projecting power by sea towards us."

The ANU Professor also warned the Australian Defence Force will need to buy more than double the current 72 planned Joint Strike Fighter aircraft if it wants to properly defend the country from air and sea attack. "The Joint Strike Fighter plays a critical role in that, so I think overall we're going to need a bigger frontline fighter fleet, whether it's just Joint Strike Fighter or a mixed fleet." 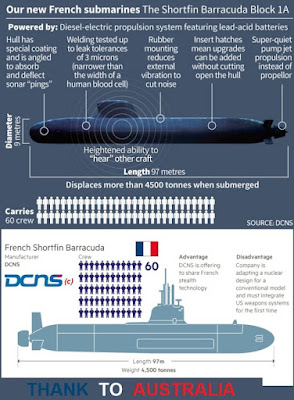