Amnesty architect declares victory as GOP/Dems Pass Green Card Giveaway Bill for Indian nationals: The architect of the infamous “Gang of Eight” amnesty plan in 2013 is declaring victory as 140 House Republicans helped House Democrats pass an overhaul that allows India to monopolize the United States’ green card system for at least a decade.

Immigration attorney Leon Fresco is praising House Republicans and House Democrats for advancing HR. 1044, Indian-American Kamala Harris-sponsored legislation that allows thousands and thousands of Indian nationals who have taken American jobs through programs like the H-1B visa at the behest of tech conglomerates and Indian outsourcing firms to more quickly obtain green cards to eventually get American citizenship.

The legislation allows Indian nationals to effectively monopolize the U.S. green card system for at least the next ten years, providing a constant stream of foreign workers to the outsourcing lobby and tech giants like Amazon, Facebook, and Google that American professionals will be forced to compete against for white-collar U.S. jobs.


Fresco, who boasts about being the “primary drafter” of 2013’s Gang of Eight amnesty scheme — the legislation that would have provided amnesty to the majority of illegal aliens in the U.S. and would have helped add 32 million eligible foreign-born voters to the U.S. electorate by 2036 — praised the passage of the green card giveaway online.

Leon Fresco tweeted: Great vote on HR1044!! 365 total yes votes and 140 Republicans!! Congrats to @immivoice and all of your members for all of your hard work!! On to the Senate and then to final passage!!

Leon Fresco also tweeted:  great day today!  365 votes for HR1044 is massive given turbulent times where anyone can come up with an excuse to vote no on any bill!  Congrats again to @immivoice—it is their victory!! If you have ?’s ask them and join them!  They need your help!

Fresco applauded Rep. Dan Crenshaw’s (R-TX) explanation of why he voted in support of the green card giveaway plan, calling it “the most cogent explanation” of the legislation: This year, Department of Homeland Security (DHS) Secretary Kevin McAleenan approved Fresco to join the DHS Advisory Council despite his staunch opposition to President Trump’s “America First” immigration agenda.

Despite tech corporations’ claims that there is a shortage of American workers to take coveted high-paying, white collar jobs in the STEM fields, about four million young Americans enter the workforce each year. Many American workers have spoken out about how they were fired, replaced, and forced to train their foreign replacements. 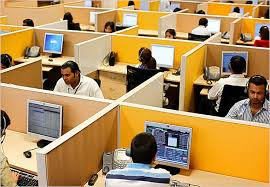 No Shortage of U.S. Workers But Indians Are Cheaper

Americans who have been laid off and forced to train their foreign H-1B visa replacements say there is “no shortage” of qualified U.S. workers for Science, Technology, Engineering, and Math (STEM) jobs.

Center for Immigration Studies’ Matthew Sussis published a series of statements from Americans who have been replaced by foreign H-1B visa workers that were made during a conference call with Rep. Paul Gosar (R-AZ) and Sara Blackwell’s Protect U.S. Workers.

Every year, more than 100,000 foreign workers are brought to the U.S. on the H-1B visa and are allowed to stay for up to six years. There are about 650,000 H-1B visa foreign workers in the U.S. at any given moment. Americans are often laid off in the process and forced to train their foreign replacements, as highlighted by Breitbart News.

More than 85,000 Americans annually potentially lose their jobs to foreign labor through the H-1B visa program. First and foremost, Americans replaced by foreign H-1B visa workers said that despite claims by the big business lobby and corporate interests, there is no labor shortage of highly skilled, qualified U.S. workers.

“I’m a mom to two beautiful girls, and I told them not to go into technology because there is no future for them,” a New Jersey mother who worked in the IT industry for 30 years said. “We have been taken over and sold out to cheap foreign labor from India. It’s all a lie. There’s no shortage,” she said. “I watched my friends and colleagues get pushed out of this industry. We’re always scared.”

An American father to a disabled child said the H-1B visa program is all about replacing hard-working Americans with cheaper, less efficient foreign workers to save multinational corporations in labor costs. “The truth is that it’s just cheap labor for corporations who line the pockets of Congress,” he said. 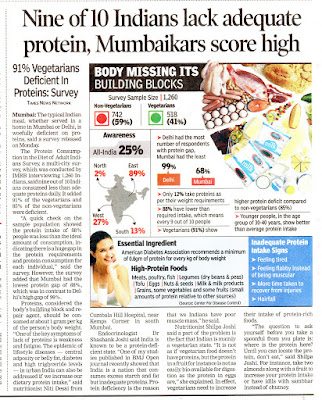 Multiple Americans on the conference call explained that their foreign replacements are more than often times not qualified for their jobs: The notion that these H-1B visa holders are specialized is a complete sham. They come out of sham universities in Bangalore with no specializations whatsoever … I was told that I’d only get my severance if I agreed to train my replacement, who was far less qualified than I was, and if I promised not to sue. It’s an insult.

Ninety-nine percent of people with H visas are totally underqualified. No skills. I worked with so many of them from Infosys. There are millions of Americans who could do this work. [The foreign H-1B visa workers’] work was such a mess that they had to hire me back to fix it after laying me off, only to then outsource me again. IT overhead was 2-3 percent when it was all Americans, and is 4-5 percent now. They’re not even saving money because the guestworkers make so many mistakes.

The Americans replaced by foreign H-1B visa workers said they need a voice in Washington, DC, to hit back against corporate tech lobbyists and asked that they be able to meet with President Donald Trump, who has long denounced the outsourcing and offshoring of Americans’ jobs through the H-1B visa program. 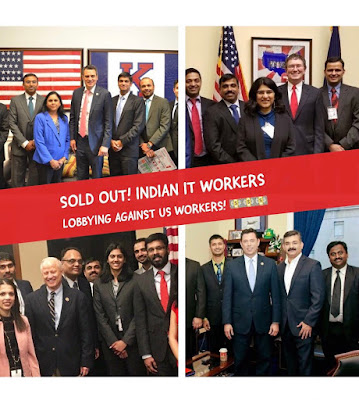 “We have no voice in Washington,” one American said. “There are 500 lobbyists for Big Tech, for cheap labor via the H-1B, L-1, OPT, and H4 EAD programs. Who wants to hear from us?” “There is structural nation-of-origins discrimination in tech,” another worker said. “We need to meet with Trump so we can tell him the truth. He meets with everybody else — why not with STEM workers?”

Last year, U.S. businesses and corporations attempted to outsource nearly 420,000 American jobs to foreigners through the H-1B visa program — a number that outpaces the population of Tampa, Florida.

As Breitbart News previously reported, more than 2.7 million H-1B foreign workers have been approved to come to the U.S. to take American jobs between 2007 and 2017. During that same period, businesses tried to outsource almost 3.5 million American jobs to foreign workers instead of hiring Americans.

About four million young Americans enter the workforce each year, many looking for white-collar jobs in the STEM fields. Those Americans’ prospects of finding work are crippled by the country’s legal immigration process, which admits more than 1.5 million immigrants and hundreds of thousands of foreign visa workers annually.

(Similar Story From Australia: The NSW government has decided to outsource one-third of the IT jobs for its Road and Maritime services to Indian company Wipro.  Wipro employees from India will fill-in 30% of the IT jobs for the Roads and Maritime Services for the NSW Government. This decision was taken to cut down on the employment cost. This indicates Australia immigration chances will be higher for the Indian IT employees.

Wipro is already involved in the Sydney Water projects where they have got the tender to design the water billing and the customer relationship management system. According to the resources, there are around 300 Wipro Indian staffs that have already migrated to Australia to work on the project. The Indian workers moving to Australia to work on the projects earn their Indian salary added to which they receive allowances to adjust to the higher cost-of-living in the country.)