(Compilation of news articles from various sources in January 2017.) 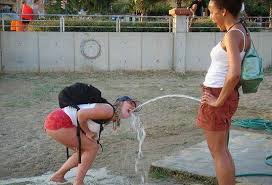 Here is the latest Fake News lie: They actually believe this crap— Trump partook in “golden showers” in Russia with prostitutes on a bed Obama once slept on. Russia then blackmailed Trump, not by asking for money or influence in his business deals, but by forcing him to run for president against all odds and win?

What is a golden shower? At its most basic, the term “golden shower” ― also known as “urine play” or “water sports” ― is slang for a sex act involving urine. It’s the act of peeing on or around one’s partner(s), or getting peed on oneself.

Here is the story that the CIA and idiots in the FAKE NEWS Media (Lying-Press in English or Lugenpresse in German) are pushing on America. Here’s what they want us to believe, let’s recount:


1. Obama has a meeting in Russia.
2. Trump flies to Russia, finds out the hotel room Obama stayed in, and books it.
3. Trump finds at least two hookers and invites them to Obama’s former hotel suite.
4. Trump instructs the hookers to PISS ON THE BED because he hates Obama so much.
5. Little did Trump know Putin had the entire room outfitted with video cameras.
6. The Russian government now has video proof of Trump watching hookers PISS on a bed.
7. Russians blackmail Trump they will release the video if he does not run for president.
8. Trump runs for president and against all odds and WINS the White House.

And no one questioned this report? Including the Republican Senator John McCain who even gave it straight to FBI, Seriously? America, let’s face it.  After eight years of Obama, we are in worse shape than we thought. No wonder Americans trust Wikileaks over the intelligence community.

Settle in, folks. The next 4 years will be a long, bumpy ride, courtesy of America’s unprofessional news media. Yet another fake news story is making the rounds about President-elect Donald Trump. The leftwing media continues to throw tantrums over Hillary Clinton’s landslide loss to Trump.

Donald Trump fake story: It all began with a post on 4chan message board that referenced a “golden showers” scene in a fake CIA dossier on Trump. The 35-page dossier was supposedly compiled by a British intelligence officer and passed on to someone on Twitter.com named Rick Wilson. The fake dossier eventually landed on a desk at the CIA.

4chan admits the “dossier” was a piece of “fan fiction” containing some nonsense about a hotel room where the Obamas slept. The fan fiction mentions Trump ordering tramps to perform golden showers in the room.

Sen. John McCain fast-tracked the story to the FBI director to confirm. For some reason, the CIA put this fan fiction in an intelligence report about Russia’s involvement in the presidential election — and handed it to Trump and Obama to read.

ZeroHedge.com — On November 1, a person without a picture but is assumed to be the same person posted “So they took what I told Rick Wilson and added a Russian spy angle to it. They still believe it. Guys, they’re truly fucking desperate – there’s no remaining Trump scandal that’s credible.” https://archive.4plebs.org/pol/thread/95568919/#95571329

On january 10, moments after the story broke and began to gain traction on social media, a person with the same smug grin face, and the same hash title for the picture, stated “I didn’t think they’d take it so far.” http://boards.4chan.org/pol/thread/106514445#p106520376

Buzzfeed.com posted a story titled “These reports Allege Trump Has Deep Ties To Russia”, and linked a document alleging that Russia has been schmoozing with Trump for years.

Never mind that there exists audio AND video from 2012 of President Obama whispering to then-Russian President Dmitry Medvedev to tell Russia’s incoming President Vladimir Putin that Obama has “more flexibility” after his reelection to do something on missile defense issues. Medvedex promised to pass the message on to Putin.

ZeroHedge.com sums up the 4chan hoax: “What makes it quite tragic, is that it is no longer possible to dismiss the “fake news” angle to an intelligence report. And if the CIA is compromised, what is left for “news outlets” like CNN and BuzzFeed, which were all too eager to run with the story without any attempt at verification?

Ever since Trump’s triumph, the anti-Trump drumbeat has grown ever louder.   And it’s not just Democrats.  We have since learned, for example, that in December, Republican Sen. John McCain personally delivered anti-Trump allegations to the FBI.  And of course, there could have been other political players—many others—involved in the anti-Trump effort.

In fact, it’s accurate to say that the vast bulk of DC officialdom is anti-Trump.  Here at Breitbart on December 12, I took a look at this officialdom; it’s been called the “Deep State.”  That is, the Deep State is the permanent political combine that runs Washington—or at least tries to.  As I defined it a month ago: 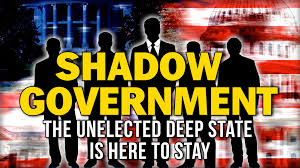 The term “Deep State” refers to the complex of bureaucrats, technocrats, and plutocrats that likes things just the way they are and wants to keep them like that—elections be damned.  It’s obvious that the last thing that the Deep State wants to see is the DC swamp being drained.  To them, it’s home!

Virgil wrote again about the Deep State vs. Trump on December 19, noting that the Deep State will soon have its natural leader, Barack Obama:  The 44th president (Obama) won’t be going far.

Come January, he’ll be moving just a mile or so uptown, to the swanky Kalorama neighborhood, where, it’s a safe bet, he’ll hold court as if he were still president.  So the Deep State will still have a rallying point as it plots its next move against the Dreaded Trump.  Or should we say, it will have another rallying point, because, in fact, it already has plenty.

Virgil might note that this story was written three weeks before Politico revealed the soon-to-be ex-president’s future plans.  Here’s the headline from January 9: “Obama retools his political operation for another run: He will use his foundation and an updated Organizing for Action group to try to salvage his legacy and rebuild the Democratic Party.” In other words, Obama will be a force to be reckoned with.

And so in that December 19 piece, Virgil closed with these words, which have proven to be prophetic: The bitter election is over, dear reader, but the real storm is still to come.

Since then, the storm has come on many fronts. Aside from the usual anti-Trump media, Deep Staters are pursuing other angles; for example, the career staff at the US Department of Justice is targeting FBI Director James Comey for his pre-election handling of Hillary Clinton’s e-mail case; it’s a safe bet that these careerists, enjoying statutory autonomy within DOJ, will find Comey in violation of something.

Meanwhile, anti-Trump lawyers and other activists from across the country are planning to descend on the Capitol for the Inauguration.  And we just learned that Deep Staters stationed in Israel have warned their Israeli counterparts not to trust Trump. 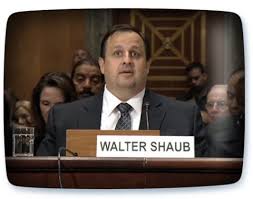 Yet the Deep State is most active inside the DC Beltway: For example, one energetic Deep State anti-Trumper is Walter Shaub, director of the Office of Government Ethics.  Yes, he’s a senior federal employee, but Shaub has turned his supposedly non-partisan office into a partisan machine, advancing his anti-Trump campaign including, even, on Twitter.

Interestingly, the research group America’s Rising has observed that Shaub, a Democrat who donated to Obama’s 2012 re-election campaign, has never seemed bothered by Hillary Clinton’s multiple ethical transgressions.  As the group puts it: Shaub’s history as a Democrat and the double standard he employed as head of the OGE, should give the media pause before taking Shaub’s words seriously.

And yet of course, Shaub is still in the news all the time, always flailing at Trump.  Here, for example, is a January 11 headline in The Hill, describing Shaub’s latest attack: “Federal ethics chief blasts ‘meaningless’ Trump business plan.”  And this, from Politico: “Federal ethics czar delivers broadside against Trump conflicts plan.”

Yet the biggest broadsides, of course, have been over the question of Russian influence in the US.  Even if reporters stayed away from scurrilous rumors that couldn’t be proven, they nevertheless pursued other angles, notably, that the Russians had a strategy for helping Trump defeat Hillary.  In this effort, of course, lying journos were greatly aided by Deep Staters.

For example, in mid-December, Politico Europe added the detail—make that the alleged, as opposed to proven, detail—that Russian leader Vladimir Putin “personally directed” the hacking effort, as part of his supposed “vendetta” against Hillary Clinton.  Is that true?  Who knows.  But Politico got the story, it wrote, from “multiple senior intelligence officials.”

Christopher Steele, who wrote reports on compromising material Russian operatives allegedly had collected on US President-elect Donald Trump, is a former officer in Britain's Secret Intelligence Service, according to people familiar with his career.

Former British intelligence officials said Mr Steele spent years under diplomatic cover working for the agency, also known as MI6, in Russia and Paris and at the Foreign and Commonwealth Office in London.

Mr Steele, 52, founded his private investigations company, Orbis Business Intelligence, in March 2009, opening a new life of riches for him and his family. But just six months later, his wife Laura died of cirrhosis of the liver, leaving him heartbroken and having to bring up their three children alone.

When he left the Secret Intelligence Service to set up his firm, it quickly prospered (accounts show profits of more than £1m in the last two years) thanks partly to a commission from the Football Association to investigate corruption at football’s world governing body FIFA. The FBI is reported to have consulted him before it arranged the arrest of several officials, leading to the resignation of the then-FIFA president Sepp Blatter.

The BBC reported that Mr Steele was initially hired by Jeb Bush, one of Trump's 16 opponents in the 2016 Republican primary. It was not immediately possibly to verify the BBC's report. He was kept on assignment by FusionGPS after Trump won the nomination and his information was circulated to Democratic Party figures and members of the media.

The FBI begins Trump probe: The FBI opened preliminary investigations into Trump and his entourage's dealings with Russians that were based in part on Mr Steele's reports, according to people familiar with the inquiries.

However, they said the Bureau shifted into low gear in the weeks before the election to avoid interfering in the vote. They said Steele grew frustrated and stopped dealing with the FBI after concluding it was not seriously investigating the material he had provided.

Mr Steele had prepared a 35-page document that alleges the Kremlin colluded with Mr Trump’s presidential campaign and that the Russian security services have material that could be used to blackmail him, including an allegation that he paid prostitutes to defile a bed that had been slept in by Barack and Michelle Obama.

CNN and BuzzFeed:  Mr Steele's reports circulated for months among major media outlets, including Reuters, but neither the news organisations nor US law enforcement and intelligence agencies have been able to corroborate them.

BuzzFeed published some of Steele's reports about Trump on its website on Tuesday but the president-elect and his aides later said the reports were false. Russian authorities also dismissed them.
The president-elect's press secretary Sean Spicer said: “The fact that Buzzfeed and CNN made the decision to run with this unsubstantiated claim is a sad and pathetic attempt to get clicks.” Mr Trump was more colourful, calling Buzzfeed “a failing pile of garbage”. 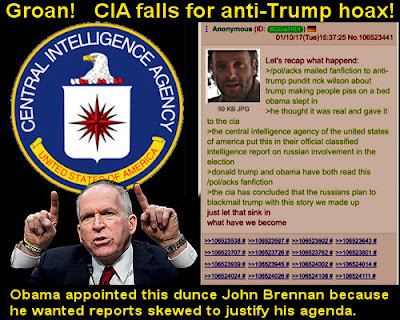