(Joel Pollack’s article direct from The BREITBART NEWS on 23 January 2017.)

Obama Gave Away $221 Million to Palestinians in Last Hours just before Trump Inauguration. The Associated Press reported Monday that former President Barack Obama released $221 million in U.S. funding for the Palestinian Authority on the morning of Friday, January 20 — just hours before he was to leave office.

More than $227 million in foreign affairs funding was released at the time, including $4 million for climate change programs and $1.25 million for U.N. organizations. At least two GOP lawmakers had placed holds on the Palestinian funds. Congressional holds are generally respected by the executive branch but are not legally binding.


This was not the first time Obama had granted funding to the Palestinian Authority despite Congress’s wishes. In 2012, for example, he unblocked nearly $200 million that had been frozen in response to Palestinians’ unilateral actions at the United Nations, using a legal waiver included in the Palestinian Accountability Act.

Republicans have increasingly called for blocking or canceling funding to the Palestinian Authority, not only because of unilateral diplomatic moves toward statehood, but also because of increasing evidence that funds are used to incite violence and provide financial rewards to terrorists.

The Palestinian Authority reportedly provides compensation to the families of terrorist prisoners incarcerated in Israeli prisons, as well as to those who have killed themselves in attacks on Israeli civilians.

The total amount allocated by the Palestinian Authority budget for “the Care for the Families of the Martyrs” was reportedly about $175 million in 2016, and an additional $140 million was reportedly allocated for payments to prisoners and former prisoners. 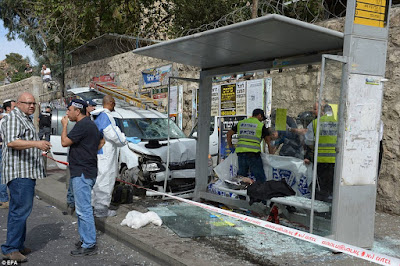 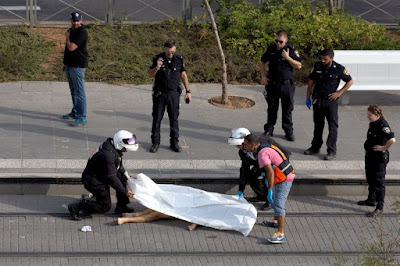 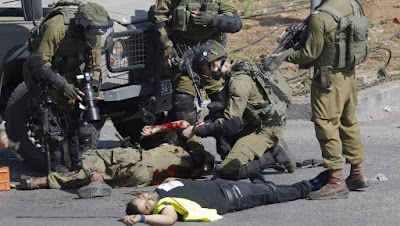 Whoever said crime doesn't pay hasn't talked to the family of a Palestinian terrorist. For the Palestine Liberation Organization and the related Palestinian Authority, the killers of Jewish Israelis are considered "martyrs." And as such, their families are paid for the service these murderers have done for the Palestinian cause.

This has come to light this week after a Palestinian, Mohammed Tarayra, stabbed Hallel Yaffa Ariel, a 13-year-old Israeli girl, as she was sleeping in her bed. The stabbing was part of a wave of attacks by Palestinians who have for nearly eight months been shooting, stabbing and running down Jews with the encouragement of social media and popular songs.

According to the latest report of the Russian, European, U.S. and U.N. group known as the Quartet, there have been 250 of these kinds of attacks since October. It says, "These terrorist attacks, which have been carried out mostly by young, unaffiliated individuals, contribute to the sense among Israelis of living under constant threat."

So while there is no evidence that the Palestinian government plans these killing sprees, it encourages them as a legitimate act of resistance. As Commentary's Evelyn Gordon wrote this week, the prisoners and the families of the prisoners themselves are actually paid a higher wage than what most Palestinians earn for nonviolent work.

The origins of these payments goes back a long way. Before the Palestinian Authority was established in the 1990s through the Oslo peace process, the Palestine Liberation Organization paid the families of "martyrs" and prisoners detained by Israel.

That practice became standardized during the Second Intifadah of 2000 to 2005. The Israelis even found documents in the late Yasser Arafat's compound that showed payments to families of suicide bombers.

For years the Israelis and the Americans didn't do much on this issue. The Israel Defense Forces work closely with Palestinian security services to keep the peace in the West Bank. Meanwhile, the Bush and Obama administrations have pressed both sides to restart negotiations over a final status.

This is starting to change. On Friday, Israel's prime minister, Benjamin Netanyahu, announced that he would begin withholding part of the tax revenue that Israel sends to the Palestinian Authority -- equal to the amount paid to "martyrs."

Frank Lowenstein, the U.S. special envoy for Israeli-Palestinian negotiations, told me the U.S. has recently started withholding funding for the same reason. "We have robustly complied with legislation passed in 2014 that requires us to deduct from development assistance to the Palestinian Authority for Palestinian payments to individuals imprisoned for acts of terrorism," he said. The amount of development assistance that has been withheld is classified.

The Palestinian Authority seems to be aware of this and has figured out ways to hide these payments to the families of murderers, by creating new accounts. Senator Dan Coates, a Republican from Indiana, has introduced new legislation aimed at closing this loophole.

One problem is that the payments to terrorists' families are exceedingly popular these days. Ziad Asali, the president and founder of the American Task Force on Palestine, told me that in recent years the media and politicians have elevated these payments to something "sacred in Palestinian politics."

Asali said the Palestinian Authority president, Mahmoud Abbas, and others are too weak to stop it. "This is where we find ourselves now. The vast majority understand there has to be an end to violence; it's not serving the Palestinians in any way," Asali said. "But I think nobody really has the stature and clout to confront these issues publicly."

Asali is getting at one of the many tragedies today for the Palestinians. Abbas came to power initially after he condemned suicide bombing and terrorism during the Second Intifadah. His bravery at the time to confront Arafat earned him a reputation as a peacemaker and is one reason President Barack Obama has never publicly criticized him with the same ferocity he reserves for Netanyahu.

But today Abbas is in the 11th year of a four-year term as president. He has made some vague statements opposing the recent wave of violence. But he never condemns the murderers by name. Meanwhile, his own Fatah Party glorified Tarayra on its official Facebook page.

No wonder the killer's family is so proud of him. His mother told a local news outlet: "My son is a hero. He made me proud. My son died as a martyr defending Jerusalem and the Al-Aqsa Mosque," according to a translation from Palestinian Media Watch.


Israel's alleged peace partner appears to agree. If the past is precedent, she will receive a steady check to honor her son's murder of a 13-year-old Jewish girl in her sleep. (The heinous crime of killing a Jewish child in his or her sleep does pay a Palestinian murderer thanks to the American tax payers and that Muslim A-hole like Obama.) 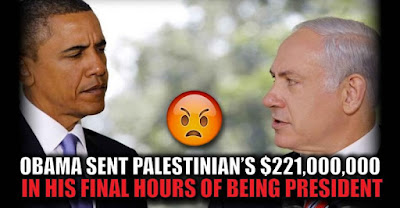 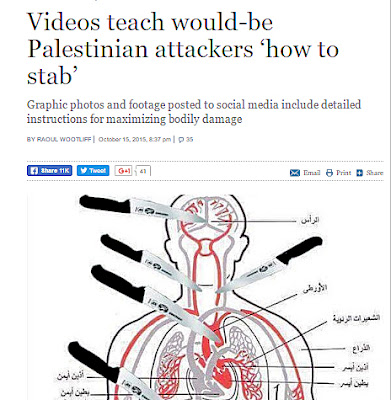