(Staff article direct from The CLARION PROJECT on 19 January 2017.) 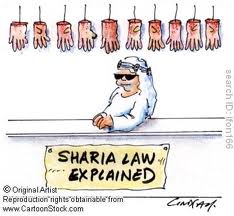 Indiana Middle Schoolers Introduced to Whitewashed Sharia as one parent said: The sharia curriculum is like saying that Hitler was as an effective ruler leaving out that he slaughtered 6 million Jews.

A middle school in Indiana has come under fire for a worksheet teaching students about sharia law that whitewashes the many human rights violations inherent in the body of Islamic law reported the Courier-Journal.

“The way that the worksheet is left would be like describing how effective Hitler was at nationalizing Germany and creating patriotism but leaving out that he slaughtered 6 million Jews," said Dean Hohl, one of several parents who voiced his opinion at a recent school-board meeting.

The worksheet is part of the curriculum for seventh-graders at Highland Hills Middle School. On one part of the sheet is an account written by a fictional character, a 20-year-old Saudi woman named Ahlima,  who writes that she feels "very fortunate" to live under sharia law in Saudi Arabia. She describes how she will soon become the second wife to a Saudi man.


As for the clothing a woman is her required to wear in Saudi Arabia, Ahlima says “Perhaps two differences Westerners would notice are that women here do not drive cars and they wear abuyah. An abuyah is a loose-fitting black cloth that covers a woman from head to toe. I like wearing the abuyah since it is very comfortable, and I am protected from blowing sand.”

As for her “rights“ under sharia law, she says, “Women in the West do not have the protection of the Sharia as we do here. If our marriage has problems, my husband can take another wife rather than divorce me, and I would still be cared for…I feel very fortunate that we have the Sharia.” Ahlima also says, "I understand that some foreigners see our dress as a way of keeping women from being equal, but...I find Western women's clothing to be horribly immodest.”

“That document by itself, it’s almost propaganda,” said Jon Baker, another parents who has a daughter in the class. “If you read that, you would think everything’s wonderful in that world (Saudi Arabai where beheading of raped-women and Buddhists are regular occurrences).”

The creator of the worksheet and president of InspirEd Eucators, Sharon Coletti, said she was trying to educate the children in a more engaging way. Coletti, who is a left-leaning Christian, came under fire for a similar worksheet used in Smyrna, Georgia. She subsequently agreed to remove the material due to the negative media attention she received.

Hold says he does not have a problem with Islam, but rather with its extremists. “Let’s tell the whole truth," he is quoted as saying. "Let’s help people understand what’s really happening and what the rest of the world is like so when they are interacting with the rest of their global peer group, we can reduce the likelihood of conflict and misunderstanding.” 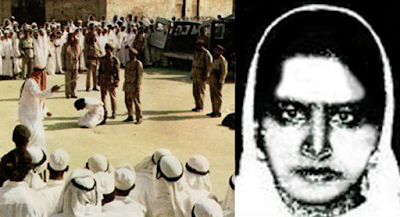 How oppressed are women in Saudi Arabia?

The World Economic Forum ranked Saudi Arabia near the bottom in its 2015 Global Gender Gap Index, with the country falling at 134 out of 145 countries. And it was only in December 2015 that Saudi women finally got the right to vote and run for office—and even then only in municipal elections.

The de facto ban on female drivers is Saudi Arabia's best-known restriction against women, a symbol of the larger system of gender-based stone-age Sharia Law that makes it one of the worst countries for women, according to the World Economic Forum's annual report on gender rights.

Saudi Arabia's restrictions on women go far, far beyond just driving, though. It's part of a larger system of customs and laws that make women heavily reliant on men for their basic, day-to-day survival.

Each Saudi woman must have a "male guardian," typically their father or brother or husband, who has the same sort of legal power over her that a parent has over a child. She needs his formal permission to travel, work, go to school or get medical treatment. She's also dependent on him for everything: money, housing, and, because the driving ban means she needs a driver to go anywhere, even the ability to go to the store or visit a friend. 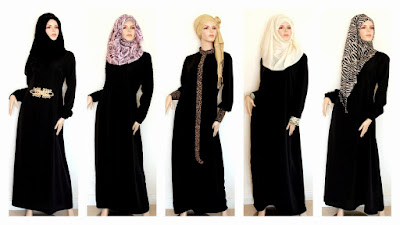 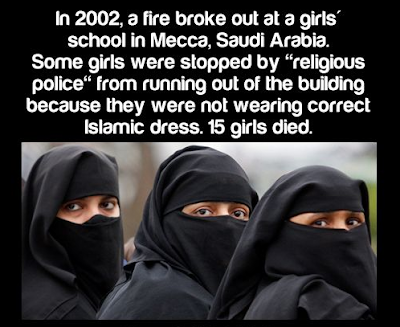