(Catherine Rodriguez’s article direct from The BREITBART NEWS on 03 January 2017.) 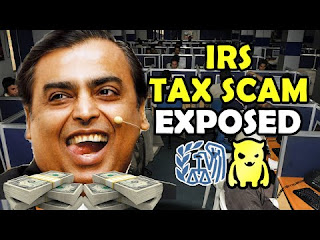 Indian Call Centers Become Major Centers for Defrauding Americans: A disturbing trend has emerged in India where call centers have cropped up for the sole purpose of scamming Americans out of money, The New York Times reports.

The scheme is simple: impersonate an Internal Revenue Service (IRS) or Australian Tax Office (ATO) employee, threaten Americans or Aussies with penalties, and demand immediate payment for back taxes. The United States has been tracking this scheme from India since 2013, a period of time where Americans lost $100 million to scammers, with many of the victims being recent immigrants, according to a New York Times article from October.

Suhel Daud, an F.B.I. agent who serves as assistant legal attaché at the embassy in New Delhi, said India is now seen as a major center for cyberfraud. Daud said several factors have contributed to this rise in cyberfraud cases: an increase in young, English-speaking job seekers, a call-center culture, super-efficient technology, and ingenuity.


Some of these young, English-speaking job seekers include boys like Pawan Poojary and Jayesh Dubey, both college drop-outs who got jobs at a call center in a suburb outside of Mumbai making about 16,000 rupees ($230), “but the bonuses were double or triple that, based on sales.”

“At that time, in my mind is that I want money,” Poojary, 18, said. “That’s it. I want money. That’s why.” But Poojary felt guilty when a woman on the line “begged him to give her a little time” before sending the money, and his supervisor told him to push harder, so he called the IRS in the U.S. to report information about the crimes (his Indian bosses are committing).

Poojary was connected to Betsy Broder, the Federal Trade Commission’s counsel for international consumer protection. “He was determined,” she said. “The number of times he called me was overwhelming. I would guess that is why he was reaching out to me, because he wanted some form of law enforcement to take it down.”

Eventually, the call center, known as the Mira Road scam, “named for the building’s neighborhood,” got raided by local police. Police arrested 70 senior employees and interviewed and released 630 of the call center workers.

Five days later, another call center in Ahmedabad had been raided that had defrauded thousands of Americans. The U.S. Justice Department “released an indictment tracing 1.8 million calls” to five call centers in Ahmedabad.

Since the raids, calls have “dropped 95 percent, according to the Better Business Bureau.” It is unknown who exactly brought down both operations, but other scams out to defraud Americans have continued.

As Poojary and Dubey looked for another job, they got several lucrative offers from other scamming companies looking to defraud Americans, a sign that the call centers looking to scam Americans in India have no signs of slowing. 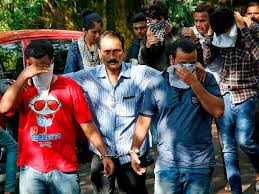 Tax scammers threaten people with arrest if money not paid

The ACCC urges Queenslanders to be on alert for ATO phone scammers. Thousands of people have been threatened with arrest by scammers falsely claiming to be from the Australian Taxation Office (ATO) or the Commonwealth Director of Public Prosecutions.

Callers to 612 ABC Brisbane said phone scammers had told them there would be a warrant for their arrest if they did not pay. This year alone, victims have lost more than $800,000 due to the ATO scam across Australia.

"We've had more than 11,000 reports to Scamwatch about this ATO arrest scam this week." Ms Rickard said the phone number being used looked like a local number but came from overseas. One of the telephone numbers that had been repeatedly provided was 02 6100 3027. "Scammers are using voice over internet protocol (VoIP) to make these calls, but they usually appear as a Sydney or Melbourne number," she said.

"If the ATO does contact people, they are not threatening and are not harassing you saying that they'll arrest you that day. "If you get one of these calls and are in doubt, just hang up."

If you receive a phone call or email out of the blue from someone claiming to be from the Commonwealth Department of Public Prosecutions or Australian Taxation Office telling you about an arrest warrant, hang up. 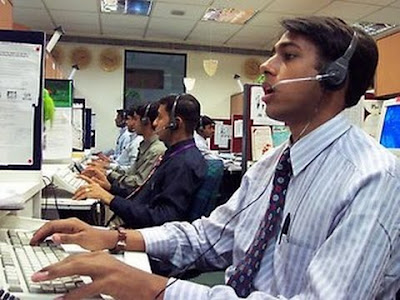 The Australian Competition and Consumer Commission is urging Australians to hang up on and delete tax scams after more than $1 million was reported lost to Scamwatch already this year, with over 300 people reporting that they lost money to tax scams in the first half of the year. This is compared with 400 people who reported losing money in the 12 months previous, with $1.6 million lost in total.

These incessant scams come in many guises but generally claim that you have underpaid your taxes and are required to repay the tax debt immediately or face frightening repercussions such as arrest.

“Tax scammers are particularly aggressive so many people feel pressured to pay quickly without questioning them. The most threatening scammers even say that police are on their way to arrest you but can be stopped if you pay immediately,” ACCC Deputy Chair Delia Rickard warned.

These scams often use personal information they found online to try and convince you they’re legitimate. They usually ask for payment for an “unpaid debt” via wire money transfer, credit card, direct debit cards or even iTunes cards. The call looks like it comes from a local phone number but most use voice over internet protocol (VOIP) phone numbers to disguise the fact that they are calling from overseas (Mostly from India).

The ATO said that while it makes thousands of outbound calls to taxpayers a week, the ATO would never cold call you about a debt, would never threaten jail or arrest, and our staff certainly wouldn’t behave in an aggressive manner. If you’re not sure, hang up and call the ATO back on 1800 008 540.

The ATO would never request the payment of a tax debt via gift or pre-paid cards such as iTunes and Visa cards, nor will it ask for direct credit to be paid to a personal bank account. Other scams using the busy tax time to slip under your radar include phishing emails, which aim to get your personal details. These scammers tell you that you are owed money by the government but to collect it, you must first pay a small fee. 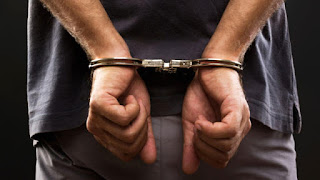 A young Indian man on a student visa who made a small sum from his role in telephone scam has been jailed by an Adelaide court and faces deportation to India once released from custody.

Pratik Hasmukhbhai Davariya, 22, pleaded guilty to nine counts of involvement in money laundering, at a hearing in Adelaide Magistrates Court. He was arrested last August in the South Australian Riverland over a scam that involved a total of $43,908, the court heard Davariya received about $2,000 for his role.

It was told he was keen to buy a car after he arrived in Australia on a student visa so contacted a friend in India seeking help. That person put him onto another contact, who told Davariya his bank account could be used to transfer large sums offshore to India and Thailand. In return he was promised a small loan.

Tax scammers made phone threats: Indian Scammers involved were calling Australian residents and claiming to be from the tax office (ATO), threatening people with fines of up to $125,000, or jail, for supposedly unpaid taxes.

Frightened Aussies had made payments into Davariya's bank account, the court heard. It heard only two victims of the scam had been identified and they would be compensated from money remaining in the bank accounts involved and from cash seized by police at the time of the Davariya's arrest.

Magistrate Paul Bennett said the student had thought the money was from a gambling syndicate, so knew it to be "fishy". He jailed Davariya for just over a year with a nine-month non-parole period, but due to time spent in custody the man will become eligible for release almost immediately.

"I accept you did not devise the scam or make the phone calls," the magistrate said. "Whilst you had a lesser role, your role was no doubt critical. The scam you assisted used intimidation and, like all scams, preyed on the vulnerable."


The court heard Davariya's student visa had now expired and he would be taken into immigration detention and likely deported once freed from jail.
Posted by Hla Oo at 6:28 PM