Pakistan & Bangladesh Should Be In Trump’s Muslim Ban

(Staff articles direct from The BREITBART NEWS & other sources on 29 January 2017.)

Priebus said, “Hang on a second, the order also says persecuted Muslims have priority as well. That is a piece that is just getting totally — however you want to call it, misreported or not fully reported. It doesn’t just say Christians it also says persecuted Muslims get priority as well. This is not a Muslim ban. All this is identifying seven countries.


You can point to other countries with similar problems like Pakistan and others. Perhaps we need to take it further. But for now, immediate steps, pulling the band-aid off is to do further vetting for people traveling in and out of the countries. This is an 80 percent issue.”

Set aside the question of whether imposing blanket bans on entire countries’ populations because of the actions of a few evil individuals is justified either morally or on human rights grounds. The bigger problem is that it also isn’t likely to do much to reduce the terrorism threat. 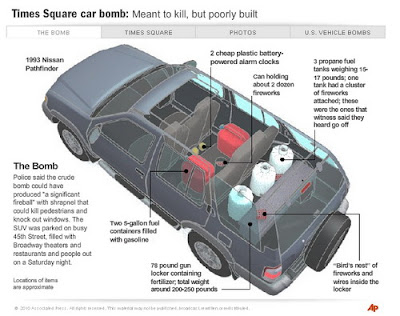 The Orlando nightclub shooter who murdered 49 people was an American-born US citizen of Afghan descent. The Boston marathon bombers, who identified as ethnic Chechen, came to the US from Kyrgyzstan and grew up in Cambridge, Massachusetts, before carrying out attacks that left three dead.

The militant who killed four Marines during a shooting spree in Tennessee was a Kuwaiti-born US citizen whose parents were Palestinian and Jordanian. Umar Farouk Abdulmutallab, the infamous “underwear bomber,” was Nigerian.

Richard Reid, whose 2001 attempt to blow up an airplane with explosives hidden in his shoes is the reason we still have to stand barefoot in the TSA line more than 15 years later, was born in the UK to a white English mother and a mixed-race Jamaican immigrant father. Nidal Hasan, who killed 13 people at Fort Hood in 2009, was born in Virginia to Palestinian parents.

And the 9/11 hijackers? Fifteen were from Saudi Arabia, two were from the United Arab Emirates, one was from Lebanon, and one was Egyptian. Osama bin Laden was a Saudi citizen, and his top deputies — including the current leader of al-Qaeda, Ayman al-Zawahiri, were Egyptian.

Literally not a single one of those countries is on Trump's list, and the ones that do show up repeatedly — especially Pakistan, Saudi Arabia, and Egypt — aren’t on the list. 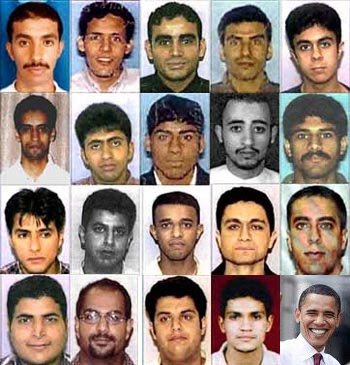 Addressing a rally in the central Pakistani town of Sahiwal on Sunday, Khan denounced the ban as anti-Muslim and praised Iran for its retaliatory action of banning Americans from entering the Islamic Republic.

“I want to tell all my fellow Pakistanis today, I pray that Donald Trump really bans visas for us." Khan said, suggesting that such a move could help prevent brain drain from Pakistan. He went on to urge educated and skilled Pakistani youth to abandon U.S. travel plans in search of a better economic future, and to focus instead on building Pakistan. “And then if America tells us they are stopping visas for us we will also, like Iran, tell them we are going to stop visas for Americans,” Khan vowed.

Officials in Islamabad are hoping for improvement in their usually uneasy relations with Washington under the Trump presidency. Pakistan’s alleged support for anti-Afghanistan and anti-India Islamist militant groups sheltering on its soil has been a major irritant in tensions with Washington.


On Sunday, White House Chief of Staff Reince Priebus hinted that Pakistan could be included in the list of countries from which immigration has been banned. “You can point to other countries that have similar problems like Pakistan and others -- perhaps we need to take it further.” Priebus told CBS News.
Posted by Hla Oo at 5:53 AM