Move US Embassy From Tel Aviv To Jerusalem

Everyone understands that the city of Jerusalem is holy to three religions, and there are conflicting claims to it by two peoples. But the historical evidence confirms the forthright Knesset declaration. David made Jerusalem the capital of his kingdom in 1003 B.C. and it remained so for 400 years until the kingdom was conquered by the Babylonians. After Jews had returned from the Babylonian exile in 538 B.C., Jerusalem again became the capital of the Jewish people.

During the Muslim rule over the area, Jerusalem never became the capital of a Muslim state, or even became a distinct province. Only between 1922 and 1948 the city did become the center of political power during the British Mandate as Jerusalem became the seat of the British High Commissioner.


The UN General Assembly Resolution 181, the partition resolution, of November 29, 1947 that proposed the creation of a Jewish state and an Arab state in Palestine also proposed the Jerusalem become a separate entity, a corpus separatum, a special administrative regime,, separate from either state, and administered by an agency of the  United Nations.

As a result of the war resulting from the invasion of Arab armies into the state of Israel, on the day of its creation on May 14, 1948, Jerusalem became a divided city, with barbed wire. The Old City was annexed by Jordan while the western section became the Israeli capital.

Israeli citizens and all Jews of other states were denied access to holy sites in the area controlled by Jordan. In April 1950 Jordan declared it had annexed the West Bank and Jerusalem, an annexation that was supported only by UK and Pakistan.

As a result of the Six Day June 1967 war, the city was reunited under Israeli administration. Since 1967 Jerusalem has been a united city administered by Israel. Israel on June 27, 1967 extended legal and administrative jurisdiction to the whole area, and expanded the municipal borders of the city.

The Knesset passed the Protection of the Holy Places law granting special status to the Holy Sites. The Israeli Basic Law of July 1980 affirmed Jerusalem, “complete and united” as the capital of the country. It promised protection of the holy places and free access to them.

The US Congress on October 23, 1995, by overwhelming majorities in both Chambers, passed the Jerusalem Embassy Act to initiate and fund the relocation of the US embassy from Tel Aviv to Jerusalem.  It made clear that every sovereign state, under international law and custom, may designate its own capital, and that since 1950 the city of Jerusalem has been the capital of the State of Israel. 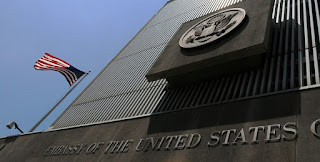 Congress asserted that the city is the seat of judicial, legislative, and executive institutions. In addition, it is the site of social and cultural institutions, and the spiritual center of Judaism. Moreover, Jerusalem has never been the capital for any state other than Israel.

The 1995 Act stated that State Department funds could be withheld if the embassy was to not moved by May 31, 1999. But the law also provided for “presidential waver,” allowing presidents not to implement it, and this has continued in spite of Congressional attempt in 2009 to remove the waiver.
However, the Act was never implanted partly for fear of antagonizing the Arab world, and partly because US presidents have regarded it as Congressional infringement on the executive’s constitutional authority over foreign policy.

It is time for the president of the US to act positively. Countries choose particular places as their capital for different reasons: the place may be dominant as Berlin was in German unification in the 19th century; it may be a political compromise as was Washington, D.C., Canberra, and Ottawa; it may be shared as in the Union of South Africa where four colonies had political functions, and in the Netherlands where functions are shared between Amsterdam and the Hague.

Israel has a right to choose its capital, and it is only political machinations that prevent this from being accepted internationally. Thirteen countries had embassies in Jerusalem until UN Security Council Resolution 478 of August 20, 1980 which was passed by 14-0 with the US , in which Jimmy Carter was then president, which condemned Israel’s Basic Law of July 1980 on Jerusalem null and void. The Resolution held the Basic Law that the city was to be the complete and united capital was a violation of international law.

The Resolution called on all established diplomatic missions in Jerusalem to withdraw their embassies. The immediate comment of Senator Daniel Patrick  Moynihan was that the US abstention of this “insane resolution” meant that the US had allied itself with the enemies of Israel. The 13 countries that had embassies then withdrew them. The only country to recognize Jerusalem as Israel’s capital is El Salvador.

The problem remains because of intransigent Palestinian and Arab opposition. Jordan has a stake in the issue since it is the official custodian of the Al-Aqsa mosque on the Temple Mount. It is laughable the Saed Erekat, the Palestinian negotiator who never negotiates says  that if the US embassy is moved,  the PLO will withdraw its recognition of Israel and that would destroy the non-existent peace process.

Interestingly, on January 3, 2017, three members of the US Senate, Ted Cruz, Marco Rubio, and Dean Heller, proposed the move of the embassy, and suggested that State Department funds be withheld until the move was made from Hayarkon street in Tel Aviv, to Jerusalem, perhaps to the existing US  consulate there.

The US move will not inflame the “Arab street” wherever that is located, nor is giving in to Israeli extremists . The US Ambassadors in Arab countries will not be expelled from them. It is absurd to argue, as Secretary John Kerry did, that an “absolute explosion” will occur not only in the West Bank but in the whole Middle East, if the embassy is moved.

Two changes in US policy and law are essential.  The first concerns the US Supreme Court that should overturn the decision of Zivotofsky v. John Kerry decided on June 8, 2015. Congress in September 2002 had passed a law that an American citizen born in Jerusalem must list Israel as the place of birth.

However, the Court ruled 6-3 that the US president has the exclusive power to recognize foreign states, and so Congress may not require and cannot force the government, to issue passports calling Jerusalem part of Israel. The late Justice Scalia, dissenting, argued that Congress does have the power to recognize foreign nations because it can regulate commerce with those countries.

President Obama’s defiance of an Act of Congress in foreign affairs was  reconfirmed when at the memorial for Shimon Peres in September 2016 he dropped the reference to “Jerusalem Israel:” as the location of the ceremony .


It is now incumbent on President Donald Trump to recognize reality and agree to move the embassy. He recognizes the stark reality that the State of Israel, like all other countries, has decided on the location of its capital. It would be a symbolic gesture of major importance to agree with decision of the only friend the US has in the Middle East. 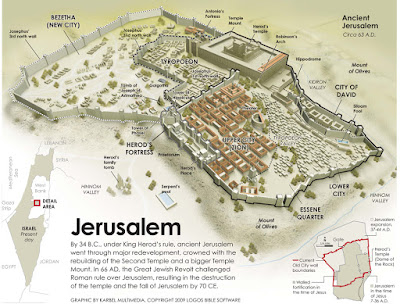 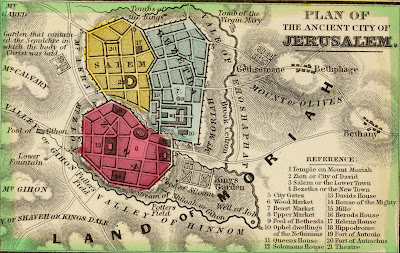