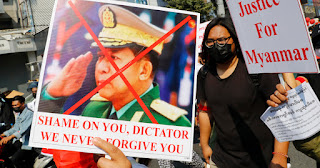 If the (universally hated) Army is Disbanded Will Myanmar Become Like Libya or Iraq? Disbanding Myanmar’s hated military risks destabilizing the country, in the same way that the Western invasions of Iraq and Libya and the subsequent disbandment of local military forces left security vacuums that were filled by Islamic State, said former Singapore foreign minister George Yeo.

Yeo acknowledged that the Tatmadaw (Myanmar’s military) are “hated” by many Myanmar people. The reaction to “removing the army from the equation” would be euphoria, he said. “[But] what happens five years, 10 years from now? I think there’s a fair chance that Myanmar will become Libya and Iraq,” the South China Morning Post reported him saying.

Myanmar has seen daily anti-regime protests across the country following the military’s Feb. 1 coup. In an attempt to stop the protests and the growing civil disobedience movement, the security forces have resorted to lethal force with at least 70 civilians killed.

Instability in Myanmar could also drag down its neighbors,  including China, India and Bangladesh, as well as affecting Asean (the Association of Southeast Asian Nations) warned Yeo, who was Singapore’s foreign minister between 2004 and 2011. He added that “we will have years, even decades of trouble.”

In the first week of March, Asean called for all parties in Myanmar to “exercise utmost restraint as well as flexibility” as the crisis in the country worsens. Singapore’s current Foreign Minister Vivian Balakrishnan proposed that the U.N. secretary general’s special envoy on Myanmar, Christine Schraner Burgener, be allowed to visit the country as soon as possible to meet all key stakeholders, including ousted leader Daw Aung San Suu Kyi who he said should be released from detention.

“The only way you’re going to get a long-term, sustainable, viable solution is for national reconciliation to occur, and in particular we call for the release of the President Win Myint and State Counselor Aung San Suu Kyi and the other political detainees.”

Yeo described the situation in Myanmar as “heartbreaking” and an “enormous setback”, given Myanmar’s transition to democratic rule in recent years. “The immediate priority must be to step back from a rapidly deteriorating situation. It is not too late,” Balakrishnan said, while admonishing Myanmar’s security forces for using lethal force against unarmed protesters.

In 2007, a leaked U.S. diplomatic cable quoted Singapore’s founding father and late statesman Lee Kuan Yew describing Myanmar’s ruling generals as “stupid” and “dense.” The cable quotes Lee telling U.S. diplomats in 2007 that dealing with the junta leaders was like “talking to dead people.” He is quoted saying that they had mismanaged the country’s natural resources and that he “had given up on them a decade ago.”

The cable, released by the website WikiLeaks, recorded a conversation between Lee and two senior U.S. diplomats. It says Lee held out little hope for improvements in Myanmar until a younger generation of less “obtuse” generals takes power. 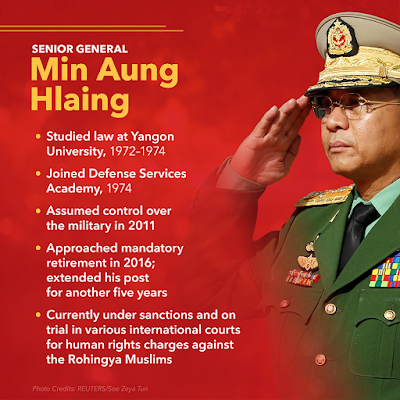 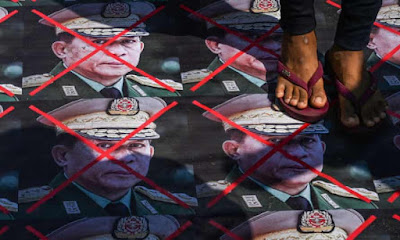 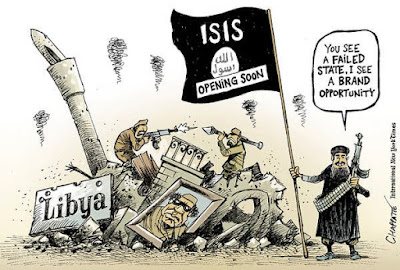 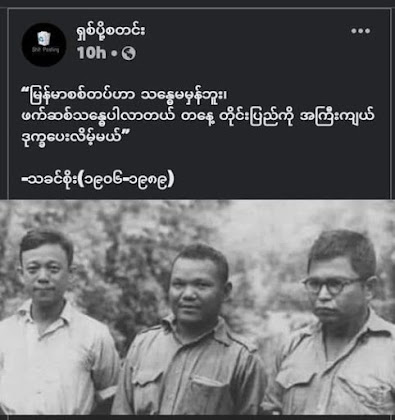 A leaked U.S. diplomatic cable quotes Singapore's founding father Lee Kwan Yew as describing Burma's ruling generals as "stupid" and "dense." The cable says Lee told U.S. diplomats in 2007 that dealing with the Burmese junta leaders was like "talking to dead people." He is quoted saying they had mismanaged the country's natural resources and that he "had given up on them a decade ago."

The cable, released by the website WikiLeaks, recorded a conversation between Lee and two senior U.S. diplomats. It says Lee held out little hope for improvements in Burma until a younger generation of less "obtuse" generals takes power.

He said even then, it is doubtful they will ever share power with Aung San Suu Kyi, the popular opposition leader who was freed from years of house arrest last month. Lee said she is "anathema" to the junta.

The cable, one of a quarter-million confidential dispatches made public by WikiLeaks, also quotes Lee saying China has more influence over the generals than any other country. He reportedly said India was trying to counter China's influence, but "lacked China's finer grasp of how Burma worked."

Lee was prime minister of Singapore from 1959 to 1990 and remains a senior adviser to the government. He was quoted in previous WikiLeaks cables making embarrassing comments about some of Singapore's other neighbors. Singapore officials have dismissed the cables as "cocktail gossip" and said they are often out of context. 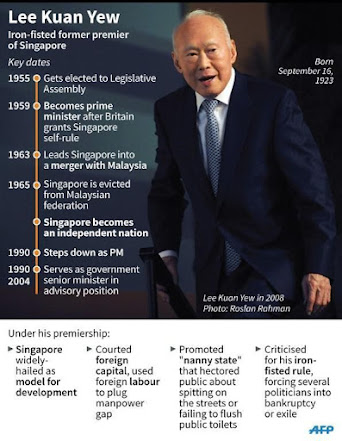