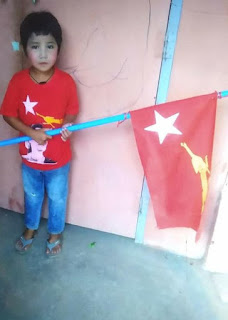 (CNN) Myanmar's security forces shot dead a 7-year-old girl in the city of Mandalay on Tuesday, the youngest victim yet in the military's bloody crackdown on civilian opposition to the February 1 coup.

The young girl was killed in her home during a military raid, according to advocacy group Assistance Association for Political Prisoners (AAPP) and Reuters news agency. Citing relatives, local news outlet Myanmar Now reported the girl, named Khin Myo Chit, was shot while sitting in her father's lap after security forces kicked down the door to the family's home.

Soldiers asked the father if everyone in the family was present in the house -- when the father said yes, they accused him of lying and shot at him, hitting the girl instead, Myanmar Now reported, quoting the victim's older sister.

The ruthless killing of a child in her father's arms fits a pattern of abuse and indiscriminate use of deadly violence from Myanmar's security forces that has targeted not only unarmed protesters and opponents to the coup, but bystanders, civilians in their homes, and children.

Anti-coup protests and strikes have since gripped the nation but are being violently suppressed by the junta's police forces and military soldiers, with widespread reports of shootings, enforced disappearances and torture of political prisoners.

Despite the dangers, tens of thousands of people across the country continue to protest and take part in a civil disobedience movement. On Wednesday, protesters called for a "silent strike" with businesses and shops set to close and people to stay in their homes, with the aim of shutting down entire towns and cities. Photos from local media showed empty streets and deserted roads throughout the country Wednesday morning.

At least 275 people have been killed since the coup, according to AAPP, though activists say the death toll is likely much higher. More than 20 of those deaths are children, humanitarian organization Save the Children said.

"We are horrified that children continue to be among the targets of these fatal attacks on peaceful protestors. The death of these children is especially concerning given that they reportedly were killed while being at home, where they should have been safe from harm," Save the Children said in a statement Tuesday. "The fact that so many children are being killed on an almost daily basis shows a complete disregard for human life by security forces."

It follows the death of a 15-year-old boy on Monday, also in Mandalay, according to Reuters and local news reports. The boy, who was a Grade-8 student, was one of three people shot dead in the city that day, AAPP reported. "The fallen child was shot when he strayed out of the house to fill up the water in front of the house," AAPP said.

Myanmar's military has not yet officially commented on the death of the 7-year-old girl but has repeatedly defended security forces' response to the protesters, saying they use minimal force. On Tuesday, military spokesperson Zaw Min Tun said in a televised news conference he felt "sorry" for citizens' loss of life but blamed protesters for unrest and destruction of property.

"Which country would accept these kind of violent acts?" he said at a news conference in the capital, Naypyidaw. "We will act according to law if the protest is peaceful. But we will use minimal force and least steps if there is violence." 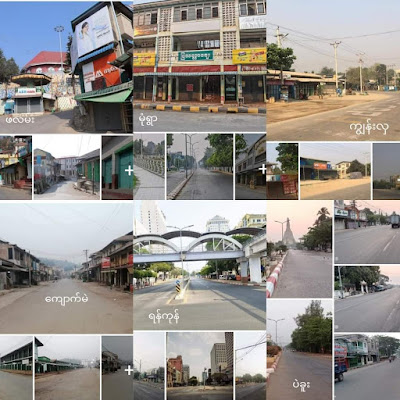 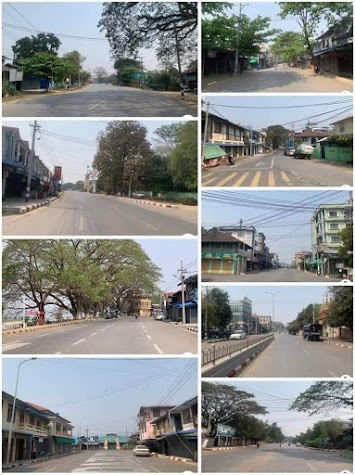 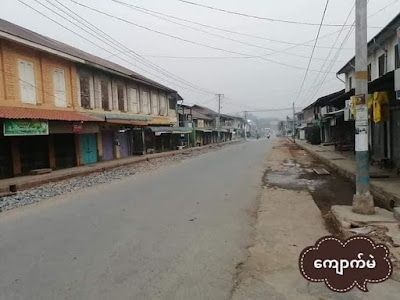 How Did They Brutally Kill 7-Year-old Girl?

(Following is the interview given by Aye Nyein San the elder sister of the victim shot and killed by Burmese soldiers in the evening of March-23. From Yangon New Era news agency.)

Answer: Today about quarter-passed-three in the evening, many soldiers and cops came into our Aung-pin-le Ward. They are riding three on each motorcycle and at the same time firing their rifles wildly into air.

Then they tried to enter our house. We were scared and didn’t dare to open, but they kicked in the doors and forced us all to gather and sit down and asked us if everyone was here after searching the whole house. My little sister was so scared and tried to hide in my father’s embrace.

One soldier then yelled at my father that he was lying and fired once at him. The bullet entered my little sister’s body and killed her. That soldier’s devilish eyes were red like he was on that drug Yaba.

Question: Didn’t that soldier seem to notice the little girl was hit?

Yes, he knew for sure. They then bashed my 19-year-old younger brother Kyaw Naing Lin with their rifle butts. They broke his head and the blood was pouring out like water. Once he fell they kicked him and they kicked my father too while he was still holding my dying little sister.

They then dragged my brother out of the house while he was still unconscious. They also ordered my father to come along with them. But he managed to get away from them and took my dying sister to the nearest hospital but she died in his hands on the way. We still don't know where my brother was taken. Burmese soldiers are real evil.

There are undeniable photographic evidences of army officers lining up their soldiers and cops and forcefully feeding pills (Yaba pills) in Rangoon and Mandalay before they were letting loose into the wards where the protesters are.

No wonder those drug-affected soldiers and cops were acting like wild animals and deliberately killing and beating people to death at the same time stealing and looting their properties like motorbikes and valuables and even chickens and foodstuff. 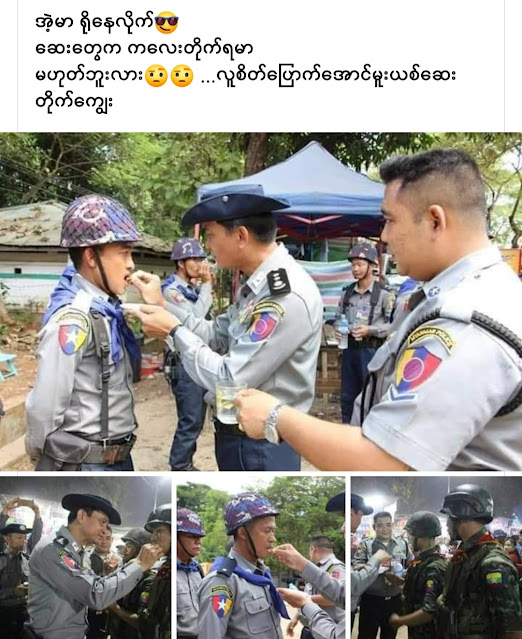