(Based on the Burmese posts from various Facebook pages  in March 2021.) 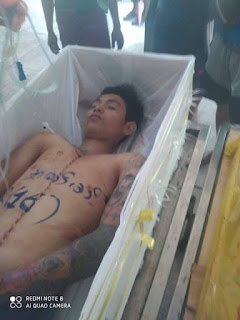 Burmese troops violently suppressing the massive protests in Myanmar are being accused of deliberately shooting the poor protesters, especially the young men and women, in the heads as if the snipers didn’t really want to damage the victims’ bodies.

The troops are also taking people away from their homes at nights in Rangoon and returning their lifeless bodies within 2-3 days. Almost all the bodies returned had massive surgical incisions, crudely resewn of course, on their chests and abdomens and the body organs were missing inside.

And coincidentally a Chinese Boeing 737 from Kuming in South-western China has been seen flying in and out of Rangoon International Airport almost every other day. The rumors are that the plane is bringing in Chinese Weapons and personnel into Burma and taking out the stolen body organs back to China.

The logical conclusion is that the sanction-ravaged bankrupt Military is selling stolen body organs to Chinese to pay for weapons and IT technologies purchased from China. The inside news coming out from the army circle is that an intact body is worth between US$ 5,000 and 8,000 depending on the conditions and age of the body.

Soldiers received nearly Kyats 5,000,000 (US$ 5,000) for a body and that must be the financial reason they are snatching people and crushing their heads to death and delivering the bodies to the army surgeons to remove the organs.

Organ Prices On the Black Market

The aforementioned price is the estimated price on the black market. Because the commercialization of human organs is illegal in many countries because any organ transplantation procedure involves a living donor. That process would inevitably risk the donor's life. Because the donor can lose a lot of blood or be infected or even die. So we can tell that every organ of our body is valuable. 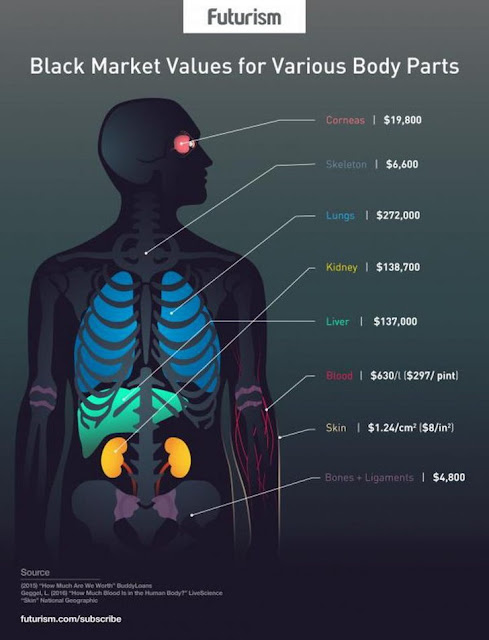 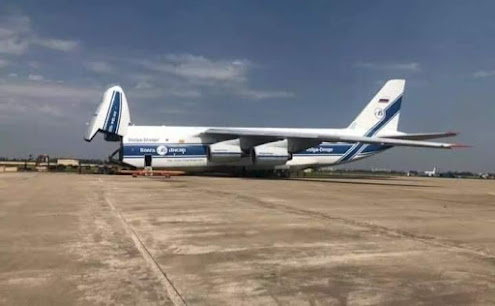 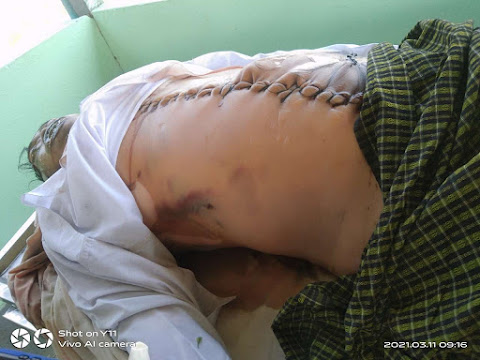 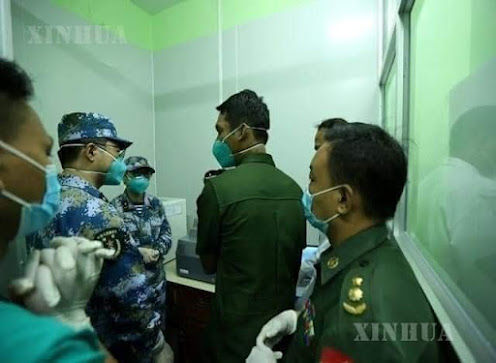