However, the growing chaos has alarmed businesspeople, most of whom support their employees’ right to protest. Privately, though, they warned that the turmoil threatened to wipe out a decade of economic gains. “The CDM is succeeding in bringing things to a halt,” one chief executive told the Financial Times. “I guess that is its purpose, but it is a bit of a dangerous game.”

The supply chain in garments, a sector that employs 500,000 people, mostly women, is breaking down as foreign companies suspend orders. Goods are piling up at ports because there are not enough customs agents to clear them.

Most banks have been closed since the coup, disrupting businesses’ payrolls and international invoicing and prompting consumers to hoard cash. Farmers are struggling to get their crops to market at the same time that prices for seed and fertiliser are rising.

The UN World Food Programme warned this week that higher prices for food and other essentials increased the risk that poor families, who were already in trouble because of the pandemic, would go hungry.

Chinese-owned factories in Yangon were set on fire on Sunday, while the regime’s use of lethal force resulted in the deaths of at least 39 people, a single-day record for protest-related fatalities. Japanese brand Uniqlo said on Tuesday that two of its apparel factories had also been set ablaze. “We do not have any more details at the time, but are trying to find out more,” the company said. 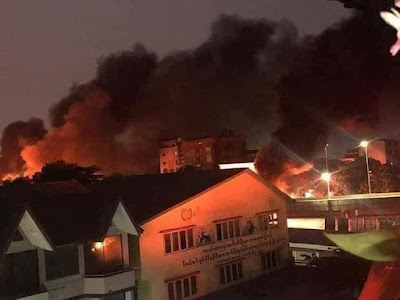 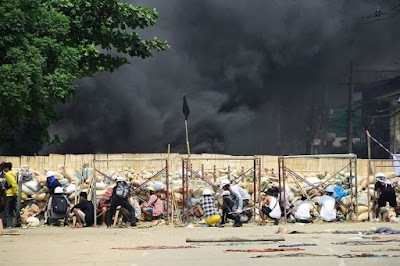 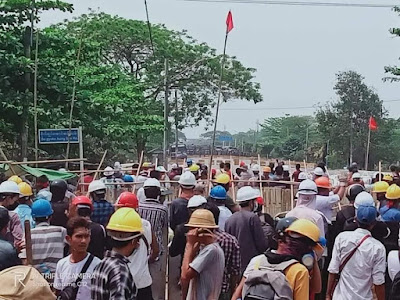 Since the coup, 202 people have been killed by security forces and 2,181 arrested, according to the Assistance Association for Political Prisoners, a human rights group. Eurasia Group, the risk consultancy, warned that there was a growing risk Myanmar could become a failed state. “If Myanmar collapses into chaos, there would be a significant destabilising impact on neighbouring Thailand and regional supply chains,” wrote Peter Mumford, an analyst.

Businesspeople are mostly keeping quiet about their concerns about the economy for fear of being publicly branded junta supporters. “Wider boycotts and ‘social punishment’ through peer pressure and Facebook are damaging the wider economy, particularly through their impact on banking and logistics,” a Myanmar business analyst told the FT. “This means employers can’t pay suppliers or staff, including those they have tacitly allowed to skip work and participate in protests.”

The economic paralysis highlighted a profound challenge faced by the protesters and foreign governments and activists who support the Myanmar people’s quest to regain their democracy: mass action aimed at opposing the coup is starting to hurt millions of ordinary people, and could sap the strength of the protest movement.

The US and some other western countries have imposed sanctions targeting the junta’s leaders, their families and the companies they control and have sought to avoid harming ordinary people. But the regime’s willingness to employ violence, internet shutdowns and other tactics to quell protests has stoked an increasingly angry response from demonstrators that together are damaging the business climate.

“We want to have maximum impact on the junta and have minimal impact on the people of Myanmar,” said Tom Andrews, the UN’s special rapporteur on human rights in Myanmar. Human rights groups want governments and companies to impose sanctions against MEHL and MEC, two military-controlled conglomerates whose subsidiaries Andrews said include more than a hundred companies across manufacturing, insurance and banking.

The US has also imposed sanctions against three subsidiary gem companies. Human rights groups have called for further measures against Myanmar Oil and Gas Enterprise, a state-owned company now in the junta’s control, which Andrews recently described as “the single largest source of revenue to the state”.

Inside Myanmar, the civil disobedience movement has called on companies to withhold paying taxes and avoid dealing with the junta or military-linked enterprises. At the weekend, a parallel government set up by NLD officials in hiding declared that any permits issued by the state’s Myanmar Investment Commission “will not be honoured when the legitimate government of the Republic of the Union of Myanmar returns to power”.

The unrest has put multinationals under growing pressure.

“In February we were asking brands not to leave the country but that was when people weren’t being killed,” said Khaing Zar Aung, president of the Industrial Workers Federation of Myanmar. Now, she added, “if businesses stay in the country, they’re supporting the military by paying tax”.  Clothing chains H&M, C&A and Inditex said they would suspend orders from Myanmar.

Thulsi Narayanasamy, senior labour rights lead at the Business & Human Rights Resource Centre, said local trade unions were united in support of sanctions to help restore democracy. “They are already risking lives and jobs to protest so want to go all the way,” she said.

Unions have called for brands that suspend production in Myanmar to publicly support garment workers’ right to protest without the risk of job loss or other threats. “Brands need to use the enormous leverage they have now to support workers who are protesting at enormous personal risk to themselves,” Narayanasamy said. 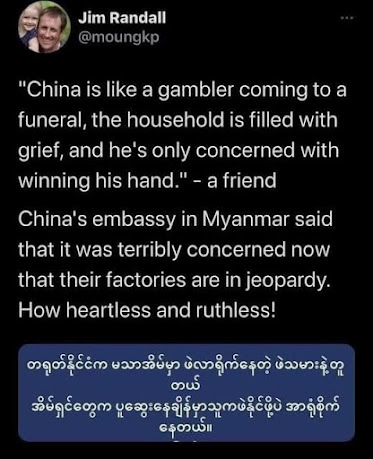 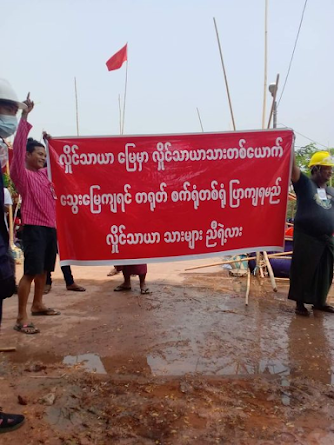 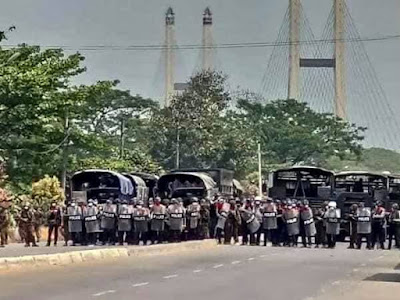 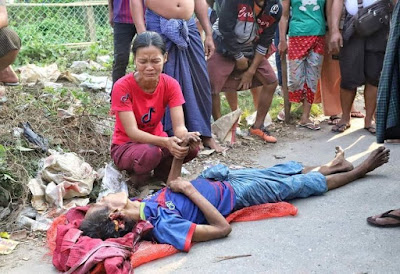