Children Are Being Slaughtered By Burmese Army

(Based on the Burmese posts from various Facebook pages in March 2021.) 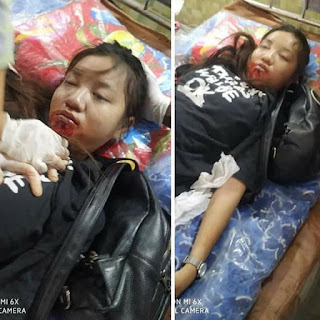 “On Myanmar’s Armed Forces Day, security forces are murdering unarmed civilians, including children, the very people they swore to protect. This bloodshed is horrifying. These are not the actions of a professional military or police force. Myanmar’s people have spoken clearly: they do not want to live under military rule. We call for an immediate end to the violence and the restoration of the democratically elected government.”

Unarmed civilians including many Children are being slaughtered daily by fascist Burmese Army for no reason other than demanding to restore their human rights and the democratically elected NLD government. That coward Min Aung Hlaing and his generals now hiding in a tunnel are ordering their war-dog soldiers to shoot and kill as many people as needed to suppress the nation-wide protests.

“Aim at their heads; one life for one bullet!” was the public threat issued on March-27 the so-called Tatmadaw Day or the Armed-forces Day.  Aung San’s Tatmadaw came into existence in 1942, the year Japanese Imperial Army overran British Burma, and started the killings which have been kept on going till 2010 by Than Shwe for more than 20 years and before him Ne Win for almost 30 long years. Now Min Aung Hlaing has started killing again after 10+ year hiatus. What a fucking hell-hole our Burma has been for too long! 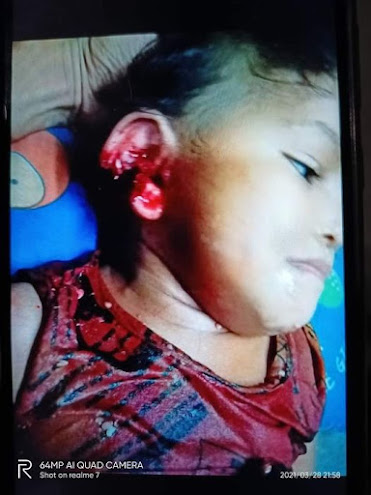 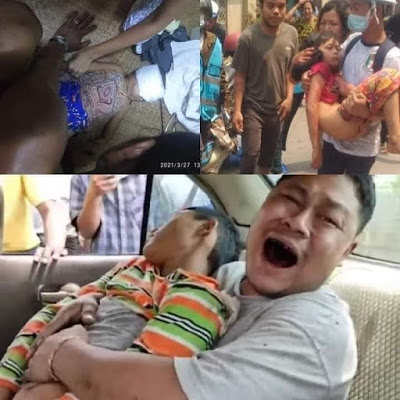 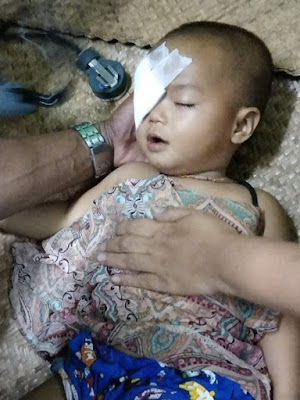 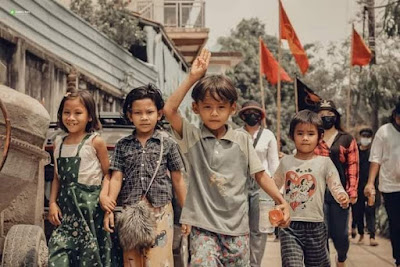 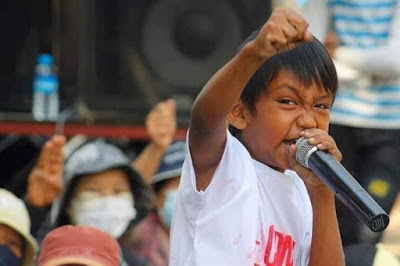 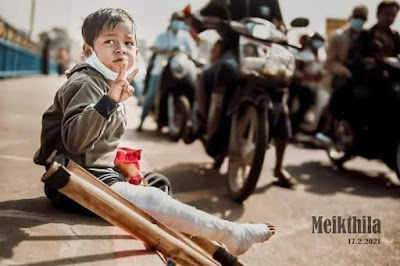 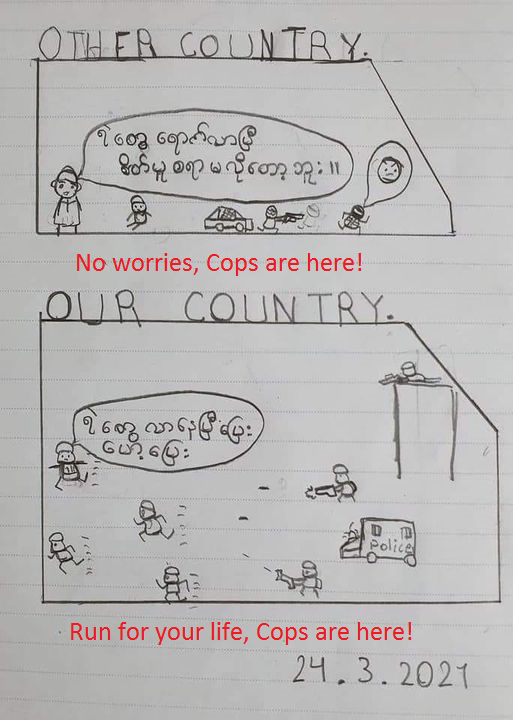