Former Australian PM says world ‘radically underestimating’ how quickly junta violence could deteriorate to tens of thousands of deaths and a refugee crisis: The world is “radically underestimating” how badly the situation in Myanmar could deteriorate, with the prospect of thousands of deaths and an exodus of refugees, the former Australian prime minister Kevin Rudd has warned.

Rudd raised the alarm as he called for an urgent meeting of the UN security council, arguing the international community had a “responsibility to protect” the people of Myanmar from “mass atrocities” by the country’s military.

More than 520 people, including children, have been killed by security forces since the military coup on 1 February, in a crackdown on protesters demanding the reinstatement of the democratically elected civilian government.

“I believe now, the international community is radically underestimating how this could quickly degenerate into thousands, even tens of thousands, of deaths,” Rudd told the Guardian. “The people of Myanmar have known freedom, they don’t want to give that back to the junta.

“For the region, if Myanmar continues to degenerate in terms of security, there’ll be a large outflow of refugees across the region – and we are starting to see that already – impacting upon the stability and security of south-east Asia and beyond.”

The Global Leadership Foundation – a group of 45 former leaders or senior ministers including Rudd, former New Zealand prime minister Helen Clark, and former Australian foreign affairs minister Gareth Evans – has written to the UN secretary general, António Guterres, to argue the world has a “responsibility to protect” the people of Myanmar.

The Responsibility to Protect (R2P) principle, agreed to by UN member states at the World Summit in 2005, obliges the international community to protect populations from genocide, war crimes, ethnic cleansing and crimes against humanity.

The chair of the Global Leadership Foundation, the former president of South Africa and Nobel laureate FW de Klerk, urged Guterres to unilaterally call a meeting of the UN security council under article 99 of the UN charter. That article allows the secretary general to alert the security council to any issue that may “threaten … international peace and security”.

“The use of military force against civilians in this way is totally unacceptable in our world and the international community can surely not turn a blind eye to it ... if ever there was a case for R2P to be invoked, this is it,” de Klerk wrote in the letter, sent on behalf of the foundation.

Rudd told the Guardian the situation in Myanmar was a “textbook case for the responsibility to protect” and argued the outcome of a security council meeting could not be known until it was called.

“I don’t believe the Chinese or the Russians would necessarily want to find themselves defending the mass use of force, defending mass atrocities, against the people of Burma,” Rudd said. “It is not a lost cause.” 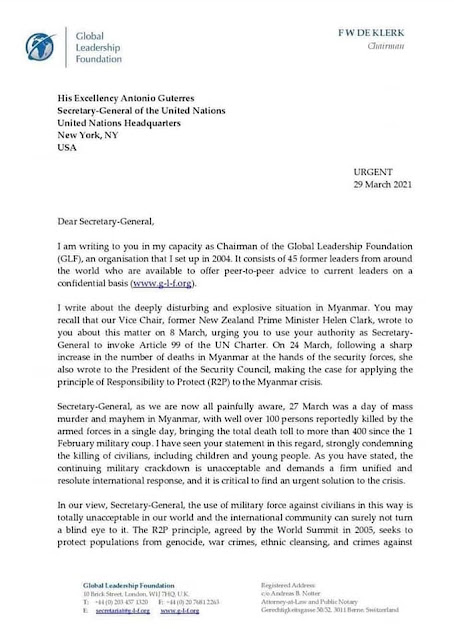 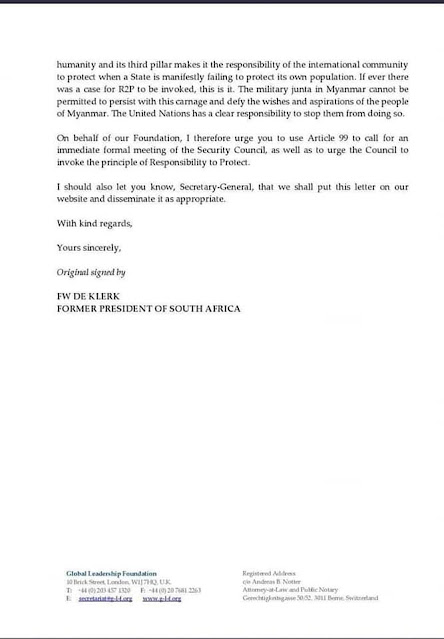 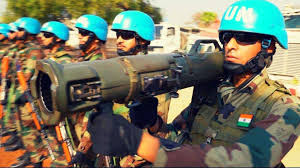 Russia and China hold veto powers as permanent members of the security council, and potentially pose an obstacle to a consensus declaration on Myanmar, let alone a peacekeeping force being authorised.

Russia was the only country to send a minister to observe Myanmar’s military day parade: the deputy defence minister, Alexander Fomin, attended a parade of troops and materiel in the capital Naypyidaw on Saturday, the same day security forces were slaughtering pro-democracy protestors.

China has long shielded Myanmar from international scrutiny and sees the country as economically and strategically important – they share more than 2,000km of land border. Beijing has argued that sanctions or international pressure would only exacerbate the situation in Myanmar, and, just days after the coup, vetoed a UN security council statement condemning the military takeover.

Rudd said he understood the complexity of the situation and also “why the international community decided to use a range of backdoor mechanisms to try to find a way through”.

“However, those efforts have all failed, as manifested by the wanton use of violence by the military on Armed Forces Day,” Rudd said. “Therefore, we need to bring this before the security council. It is a threat to lives and to global peace and security.”

The Australian government has said it is considering expanding sanctions in response to the violence in Myanmar, but hasn’t given a deadline for a decision. The government has faced calls from some parliamentarians to offer a Hawke government-style amnesty to Myanmarese students currently in Australia.

Htet-Yamone Aung (Mary), who moved to Australia in 2018 to study at the University of Melbourne, urged the Australian government to take a stronger stand and to “be the voice for the oppressed and the less fortunate”.

She was among a delegation of Myanmar community representatives who met about 20 Australian MPs and senators in Canberra earlier this month. “I’m here for those who fear getting arrested and killed just for expressing their opinion, who fear being shot in the head just for protesting peacefully on the streets.”

In a statement, Save the Children said it was “truly appalled that children continue to be among the targets of these fatal attacks on protestors” and renewed calls for the armed forced to immediately cease the deadly violence. 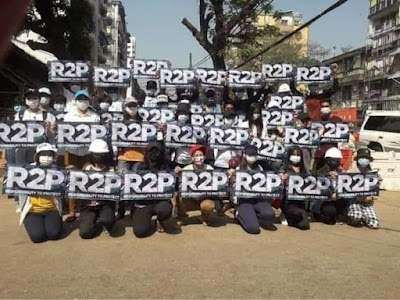 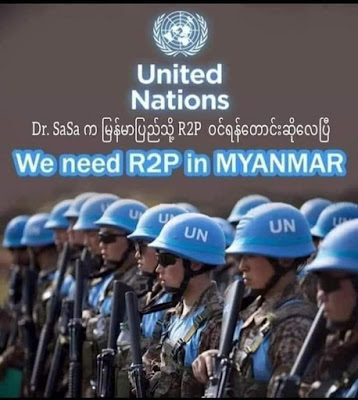 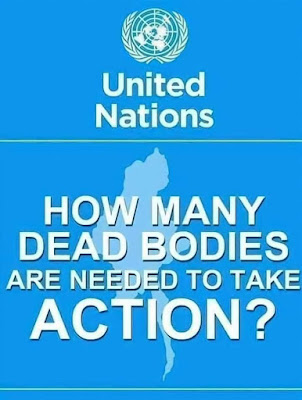 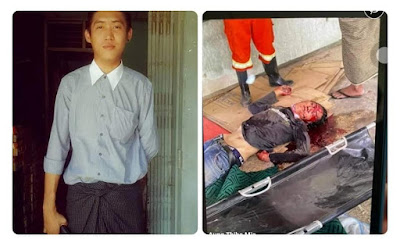 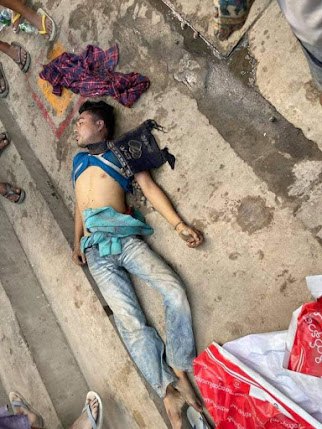 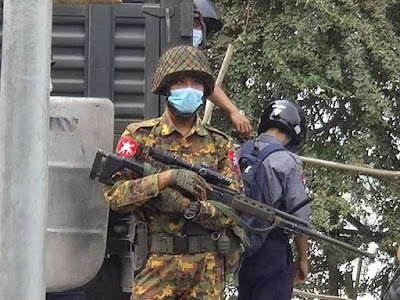