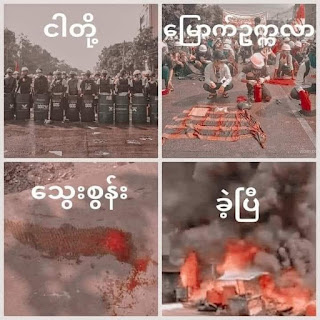 On March-3 Hundreds and hundreds of Min Aung Hlaing’s wardogs surrounded and tried to break the massive anti-coup protests participated by at least 100,000 local residents. The brutal outcome was a massacre which killed thirty and wounded hundreds in that day alone. The killings of unarmed civilians are still going on in that township on Rangoon’s northeastern outskirts.

Words could be hard pressed to describe the bloody scenes there, and so I collected the photos and videos from Burmese Facebook pages and reposted here on my blog. Min Aung Hlaing the war criminal and a genocidal maniac is completely going mad and personally ordering the brutal killings of the protesting kids his children’s and grand-children’s ages.

Courageous and resilient residents of North Oakkalapa township, Yangon. Dozens of unarmed protesters were shot and killed and many more injured in the North Okkalapa massacre on 3rd March by the Myanmar military. Cops and soldiers even attacked people ambulances attending the wounded on the streets.

The protesters have risen stronger and have continued their peaceful protests using nothing but makeshift shields, googles, helmets and fire extinguishers to protect themselves against live ammunitions from the military and police.

So-called Generation-Z kids in Burma are so brave and well organized and so imaginative they are now driving Min Aung Hliang and his wardogs mad with their nation-wide massive protests against the military. And they are paying with their bloods and guts and limbs and lives I continuously pray for their wellbeing. 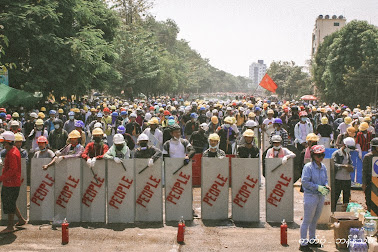 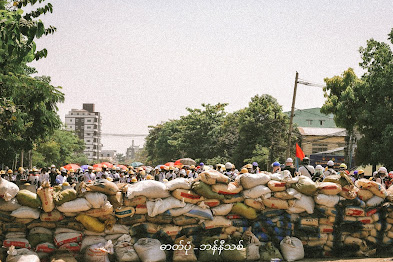 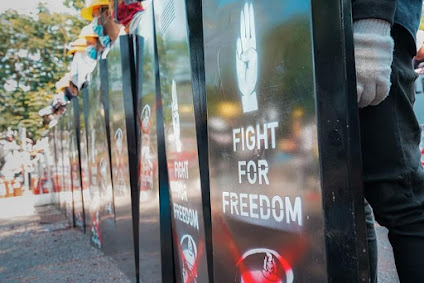 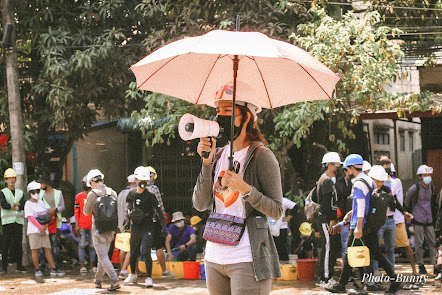 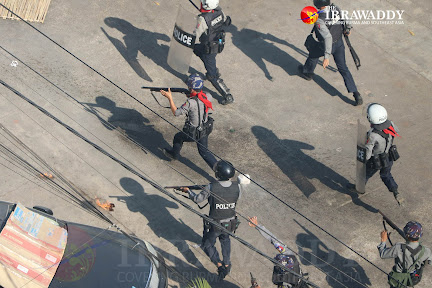 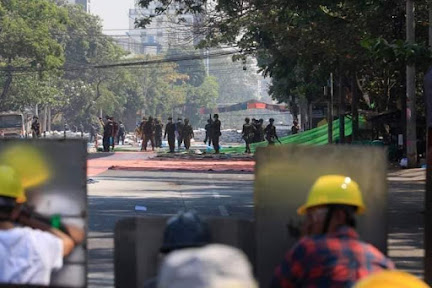 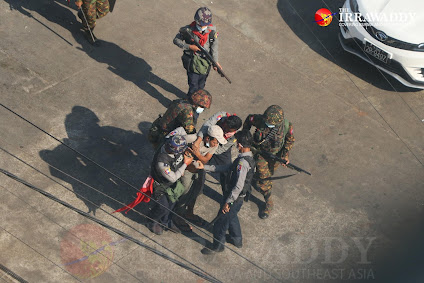 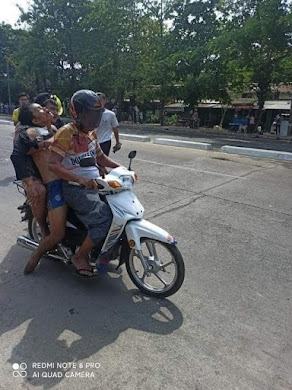 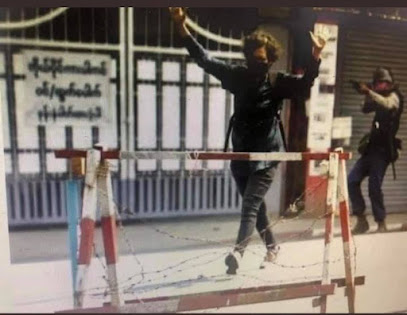 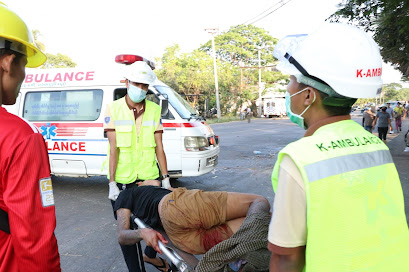 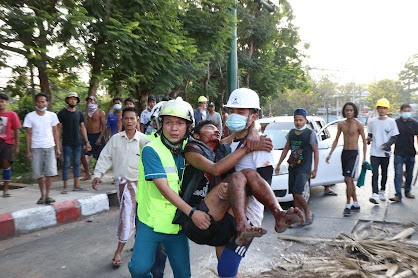 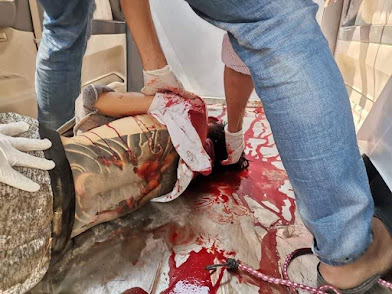 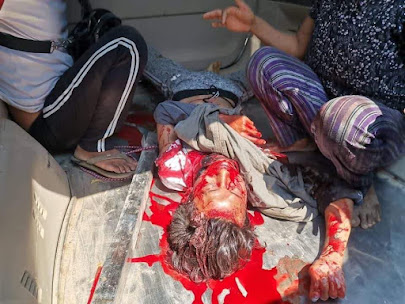 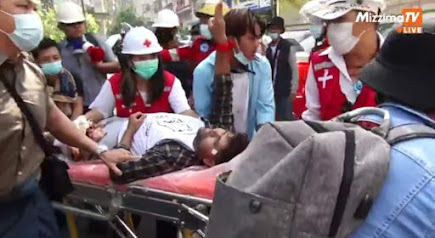 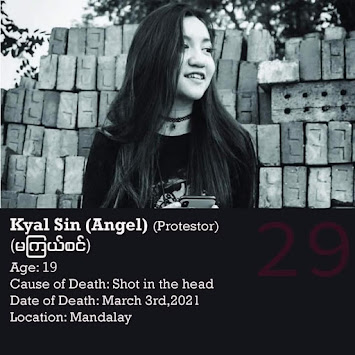 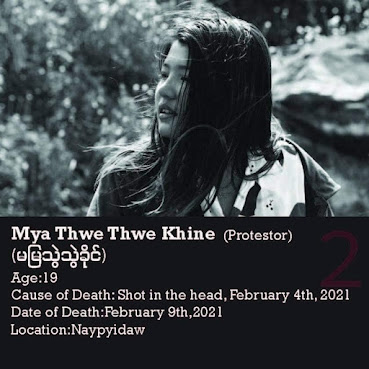 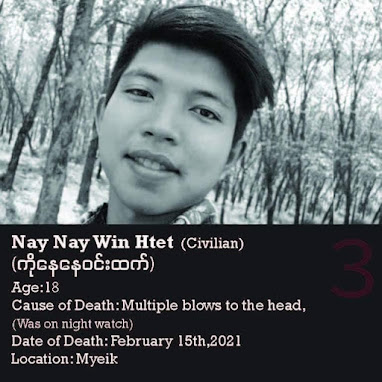 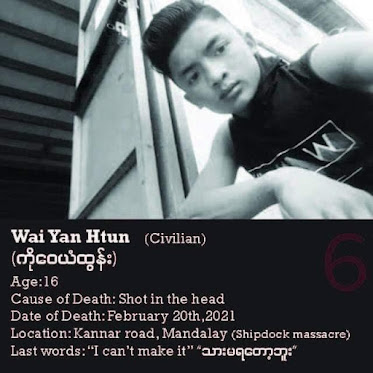 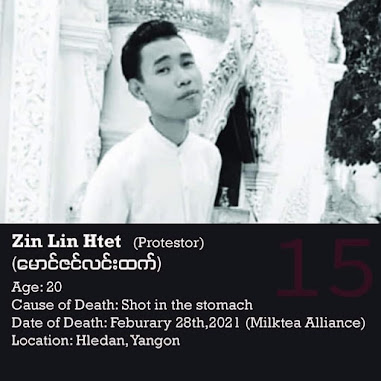 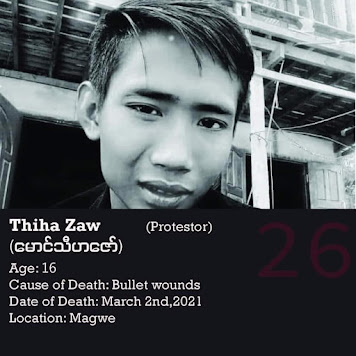 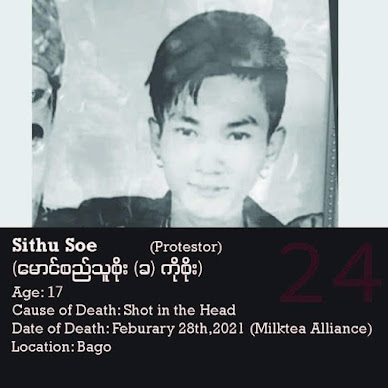 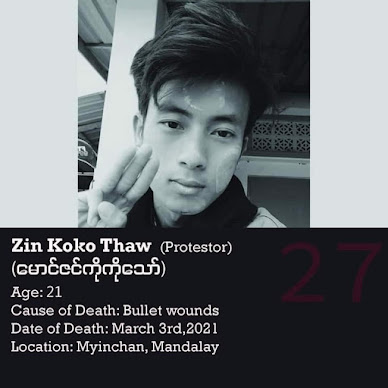 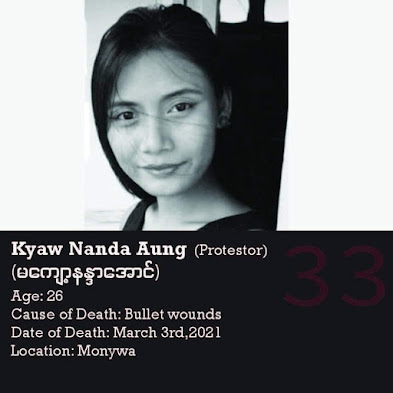 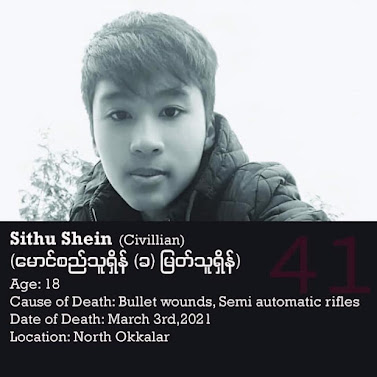