US Embassy Laid A Wreath For People Killed By Army 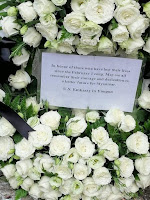 In the morning of March-26 a representative mission from the US Rangoon Embassy laid a wreath to commemorate the death of Nyi Nyi Aung Htet, one of the young students slaughtered by the Burmese soldiers, at the crime scene near the Hledan Markets.

The exact location was at the front gate of State High School No-5 in Kamaryut Ward. But to show their disrespect to the Americans’ respect to Burmese people, the Yaba-fed soldiers and cops came back to the school and took away the US wreath and other signs of their condolences. Bastards!

Nyi Nyi was brutally killed by a Burmese Army’s sniper for no reason other than that he and the fellow students of Gen-Z are peacefully protesting to restore their human rights and the democratically elected NLD government taken away illegally by the power-mad Min Aung Hlaing and his war-dog generals on February-1. 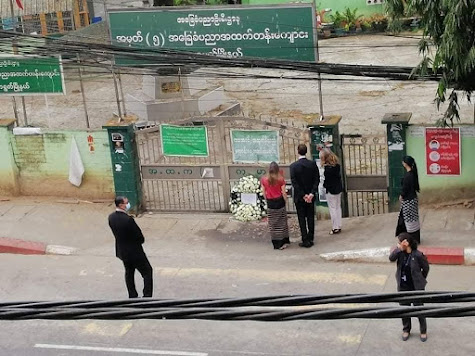 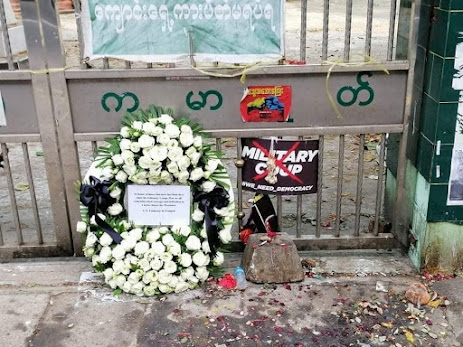 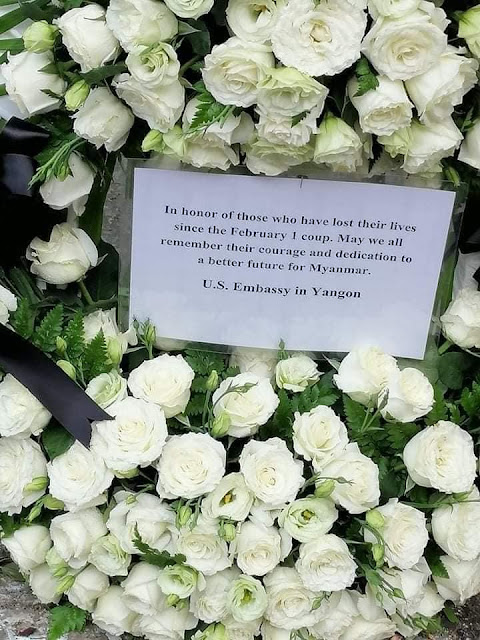 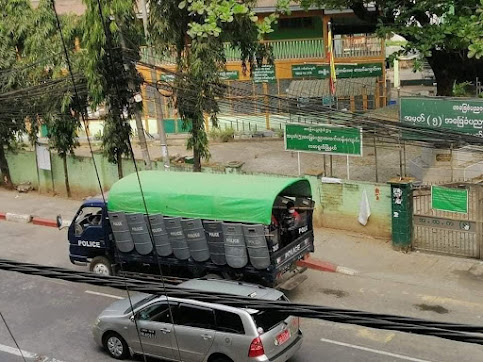 Statement by US Ambassador Thomas Vajda
March 27, 2021
On Myanmar’s Armed Forces Day, security forces are murdering unarmed civilians, including children, the very people they swore to protect. This bloodshed is horrifying. These are not the actions of a professional military or police force. Myanmar’s people have spoken clearly: they do not want to live under military rule. We call for an immediate end to the violence and the restoration of the democratically elected government. 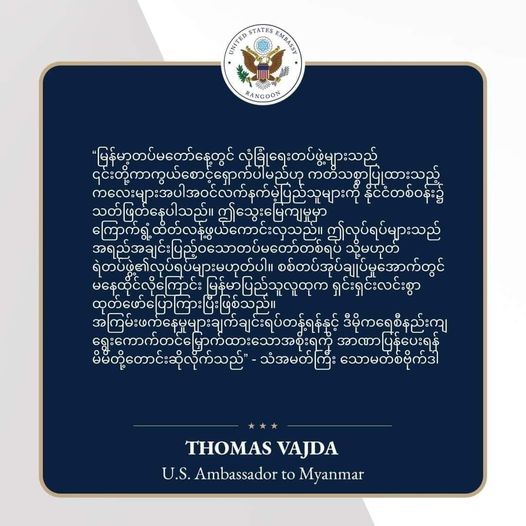 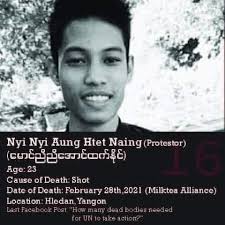 Nyi Nyi Aung Htet was 23 years old when he was killed on February 28, 2021 by the Tatmadaw while peacefully protesting against the February 1st coup d’état in Yangon, Myanmar. He was shot in his abdomen.

A graduate of the University of West Yangon with a bachelor’s degree in the Myanmar language, he found employment as a network engineer with one of the many Internet companies that were founded during the past five years as Myanmar opened after decades of isolation. Such companies have brought hope of a better life to university graduates who faced staggeringly high rates of unemployment under military rule – at least when universities were permitted to operate.

Nyi Nyi Aung Htet enjoyed working and playing. One of his favorite pastimes was playing Mobile Legends, a mobile multiplayer online battle arena. Released in 2016, the game has become popular in Southeast Asia and was among the games chosen for the 2019 Southeast Asian Games in the Philippines. He was known by many players of the game. When not online, he enjoyed spending time with his twin brother and his dog named Par Kyel.

With the Tatmadaw taking control of the government again and already taking steps to return the country to isolation (internet blocked, banks closed, international flights cancelled), much of the most promising new careers are now highly uncertain. With this hope for his future being crushed, he joined the protestors.

He knew what he risked. The Tatmadaw has a long history of brutality against the civilian population of Myanmar. Many have been killed and many have been held as political prisoners in deplorable conditions – sometimes for decades. He persisted, nevertheless, for he believed that democracy and a bright future would not return to Myanmar if the Tatmadaw succeeded.

The Tatmadaw relies on its old playbook in dealing with protestors. It promulgated a law making illegal any group in excess of four people. It initially maintained the appearance of restraint using water canons and rubber bullets to mask its use of live rounds. It attempted to shut off the means of protestor communication.

It released violent prisoners into neighborhoods, from where protestors came, to wreck havoc, loot, and rape. It identified where some protestors lived and dragged them from their homes under the cover of night. It attempted to plant people among the protestors and instructed them to hurl projectiles at the police.

This was designed to give the police justification for using deadly force. It had soldiers dressed as civilians pretend to be pro-Tatmadaw protestors and had them attack the peaceful protestors while police stood by. Finally, the Tatmadaw has resorted to using machine guns, grenades, and bulldozers. It was in this phase that Nyi Nyi Aung Htet‘s life was taken. 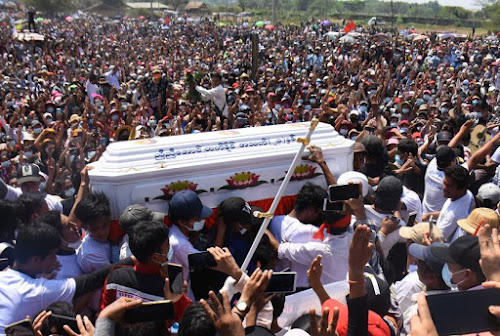 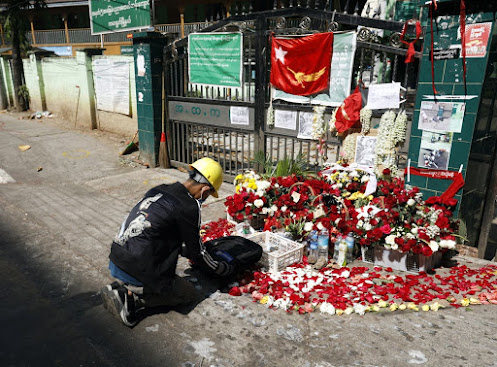