Aussie Bloggers’ll be Jailed If Lefties Get Their Way!

(This post is Chris Berg’s Article direct from the IPA: Institute of Public Affairs.)

Free Press To Be Sacrificed For Political Retribution. Freedom of the media is too important to be controlled by government. The Independent Media Inquiry has proposed just what was expected: an outrageous attack on freedom of speech and the press.

Its 470-page report, written by inquiry chairman Ray Finkelstein and released on Friday, concludes Australia needs a mandatory ''News Media Council'' that would have coercive powers to regulate what it deems is ''fairness'', ''accuracy'', ''balance'', and ''quality'' in the press.

This new independent regulator would have power to compel newspapers to publish responses from people who feel aggrieved. And it would have the power to censor: it could, for instance, force media organisations to delete stories from their websites that regulators feel aren't up to standard.

But it wouldn't just regulate newspapers. As if to emphasise just how radical his proposals are, Finkelstein says websites that get more than 15,000 hits a year should be brought under the council's jurisdiction. That's just 41 hits a day - in other words, pretty much every website publishing anything that could be described as ''news, information and opinion of current value''.

The new body would also regulate every magazine with a print-run above just 3000 copies. That would be the entire magazine industry, from the street press upwards. With such ambition, one might ask why Finkelstein excluded books, email newsletters, and Twitter from his regulatory web.

The specifics of Finkelstein's proposals are bad enough. But they represent something more concerning: a reversal of the principle that it is not the role of governments to stand in judgment of public debate. The report may insist that this government-funded body will be independent, but in reality, it is a government body. And, when it comes to freedom of speech, the state should be subordinate to society - not the other way around.

This principle that has taken centuries to develop should not be abandoned just because some politicians don't think they get a fair shake from newspapers. The media inquiry was obviously political retribution against critical journalism.

The Greens and the (Labor) government have long believed newspapers report the carbon tax and the national broadband network unfairly (these issues are specifically raised in Finkelstein's report). More broadly, they claim the press has an anti-government bias. Labor senator Doug Cameron said in November: ''The Murdoch press are an absolute disgrace, they are a threat to democracy in this country and we should absolutely be having a look at them.'' Cameron was angry about leadership speculation printed in The Daily Telegraph. Of course the speculation turned out to be entirely true. 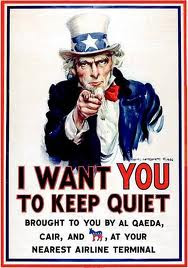 Recall that Bob Brown opportunistically used the News of the World phone hacking scandal in Britain to suggest that the Australian government should license journalists and newspapers. But to be fair to Brown, perhaps licensing was not as far-out an idea as it seemed at the time, given Finkelstein's conclusions.

If Finkelstein's proposals are adopted, all news websites, newspapers and magazines would have to sign up to and comply with the News Media Council's standards of conduct. If they refuse, they would be taken to court and punished ''in the usual way''. This might not be called ''licensing'' but it is virtually the same thing.

What happens if a blogger rejects the standards or refuses to delete something? Eventually, after contempt of court proceedings, they could be jailed. Nor are Finkelstein's proposals unprecedented.

The News Media Council would apply to newspapers, websites and magazines the same sort of regulations that at present oversee radio and television broadcasters. Problem is, those regulations are frequently used by political partisans as a weapon to attack controversial broadcasters.

Late last year Alan Jones was taken to the Australian Communications and Media Authority because he had described New South Wales bureaucrats as ''scumbags that run around preying on productive people''.

The authority, in its wisdom, decided Jones had not made ''reasonable efforts'' to air other ''significant viewpoints''. And in response to a complaint by GetUp!, it is holding a formal investigation into whether Jones interviews too many climate sceptics. If we value free expression, these are not judgments any government body should be making for us.

Yes, there is good journalism and bad journalism. Newspapers should offer rights of reply and letters pages. 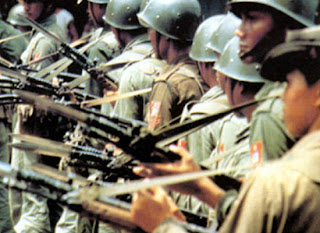 "We immediately brought in yearly-licensing of newspapers; and the newspaper-owners are so scared of us not renewing their licenses they stop printing bad news of our army. Journalists, we do not need to license them. We just catch them and send them to Co Co Gyun (Burma's remote penal island in the Indian Ocean) to die of starvation."

That brutal media licensing system in Burma lasted more than six decades and only last year it was dismantled and Australian Foreign Minister Senator Bob Carr was one of the very first foreign leaders to applaud that decision.)