(The article “Bangladeshis Join Rohingyas in Search of Opportunity” from the DW.)

Camouflaging themselves among Rohingya refugees, many Bangladeshi men are taking risky and secret boat trips to Malaysia, seeking work there as illegal immigrants.

Between October 27 and November 7, two overloaded Malaysia-bound boats, which had sailed from Bangladesh with 245 people aboard, sank near the Bangladesh port of Teknaf.

International media reported that the people on the boats had been Rohingya refugees. But after interrogating 28 people who were rescued, Bangladeshi security agents found that almost half the people were Bangladeshis, not ethnic Rohingyas.

"Since the issue of the Rohingya interests the global community and some Rohingyas were on those two boats, the international media picked up the story. But many incorrectly reported that everyone on the boats were Rohingya refugees," said Lieutenant Colonel Mohammad Zahid Hasan, head of Border Guard Bangladesh. 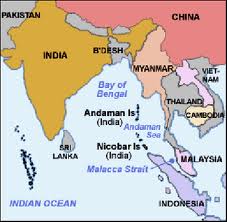 According to Rohingya community leader Salimullah, the sea route from Bangladesh to Malaysia, via Thailand, was first used by Rohingyas in the mid-1990s.

Stateless Rohingya refugees, who had fled Myanmar to Bangladesh, took boats to reach Thailand, from where they travelled overland to Malaysia. "Soon, some enterprising Rohingyas set up an international human trafficking network to transport desperate people from Bangladesh to Malaysia, following the same route," said Bangladesh-based Salimullah.

Rohingya from Myanmar have increasingly sought asylum in Bangladesh in recent months. "By using the sea-and-land route, traffickers helped Rohingya migrants reach Malaysia where they began working as illegal immigrants."

But Thailand has barred the boat people from its territory since 2010. So a number of boats from Bangladesh now land directly on Malaysia's west coast.

Between October and March, when the sea in the region is calmer, scores of boats operated by traffickers set out from Bangladesh's coasts, carrying hundreds of people illegally headed for Malaysia.

"Rohingyas mostly from Cox's Bazar are heading for Malaysia on this illegal route. But now using their wider network, the agents are also managing to push desperate young [Bangladeshi] men from far-off Chuadanga, Jhinaidaha, Jessore, Khulna and other districts on to the boats," said Hassan.

"One willing to immigrate to a Gulf country or Malaysia has to spend at least 250,000 takas (2,400 euros). It's a huge amount for an average Bangladeshi. But an agent charges as low as 15,000 takas (140 euros) for one ticket on a boat," said Nayan, who reports on the trafficking network.

The rest of the fee, "usually between 100,000 and 130,000 takas," Nayan explained, could often be paid off in installments after the refugee landed a job in his new country.

Bangladesh has high unemployment rates. "But in recent years, Bangladeshis are not getting work permits in Arab countries so easily any more. However, in Muslim-majority Malaysia, they can work, even as illegal immigrants.

"So Malaysia has now become their favorite destination," said Bhuian, who, himself has relatives working in Malaysia. Golam Murtaza, who undertook a 2-week journey across the sea and reached Malaysia in January, said the country had a massive manpower shortage in its plantation, agriculture, construction and other sectors. Bangladeshis, therefore, easily found jobs there.

"Of the 126 people on my boat from Bangladesh, 70 of them were Bangladeshis. In this town where I am working, there are more than 500 Bangladeshis. Most of them came here via the same sea route. I have many friends in Bangladesh who are getting restless to take the same route to reach Malaysia," said Murtaza, 23, who is from Bangladesh's Magura district.

Colonel Mohamad Hasan from the Bangladesh Border Guards was frustrated with International media and the Burmese Exile media for not describing them as Bangladeshis but the so-called Rohingyas. At least 60% to 65% of all these people sailing from Bangladesh to Malaysia in rickety boats are Bangladeshi nationals, insisted strongly the honest Colonel.

The media organizations ignoring the truth and spreading the lies for sinister commercial reasons are mostly the Burmese exile media like the donor stooges Irrawaddy and DVB and other smaller mobs like Mizzima and Khitpyaing. Even the Bangladeshi authorities started noticing them donor stooges desperately licking the Saudi balls to get a drip of petrol dollars.

Finally the Bangladeshis are slowly fessing up that the so-called Rohingyas and the Bengali-Muslims are the same and one people from Bangladesh. They look the same, dress the same, speak the same exact language with same accent, and follow the same school of fundamentalist suni-Islam.)
Posted by Hla Oo at 12:53 PM