What is Wrong with Tony Abbott? Nothing Really!

(My attempt to drum up support for our local MP Tony Abbott: My favourite Aussie.)
During a speech at National Press Club on January 30 this year our Socialist Prime Minister Julia Gillard has casually announced the 2013 general elections and nominated the date September 14.
I don’t know what she and her ALP lefties are trying to pull but I think that election date almost 8 months away was sinister as the present Hung Parliament has been dangerously hanging on with the support of forever-wavering Independent MPs for a while now.
I am no constitutional law expert, so I don’t know when exactly the 2013 general elections will be as Ms. Gillard has a lot of options in her hands for deciding the exact date as long as that date is before or on that Saturday September 14, 2013.
And following is the extracts from the West Australian newspaper’s article “Voters Ignore Abbott’s Faults” on the results of Polls conducted at last weekend.
“Voters are so fed up with Federal Labor they are prepared to hand Tony Abbott the keys to The Lodge even though they don't think he'd be good for jobs, interest rates, the environment or the cost of living.

That is the damning finding in the latest Essential Research poll, which found the ALP had slumped to 44 per cent of the two-party- preferred vote, compared with the coalition's 56 per cent.
And in a further blow to Labor, a Newspoll out last night revealed that Mr Abbott was also easily ahead of Prime Minister Julia Gillard as preferred prime minister, with her personal support collapsing. Labor's primary vote was also at a seven-month low and satisfaction with the Prime Minister was its lowest since August.
The Newspoll, taken at the weekend, put Labor's primary vote at 31 per cent and the coalition's at 47 for a two-party-preferred lead of 55 per cent to 45. After breaking from Labor, the Greens' primary vote rose from 9 to 11 per cent.”
My question is why these mainstream (left wing) Australian media so hang up on so-called Faulty Abbott Syndrome? They always wrote in such condescending way that there seriously is something wrong with our Tony Abbott the PM-in-waiting since 1 December 2009 when he became the leader of Coalition the Opposition.

(If I recall my early experiences as the new arrival in late 1980s our PM John Howard another hardline conservative leader was similarly treated that way by the media for all his long political career.) 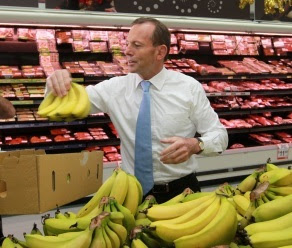 Nothing Wrong with our Tony Abbott!

Mainly the media (most of them are lefties either Commies or Socialists) hate Tony Abbott just because he is a staunch conservative.

For me and many other people - there are millions of us - there is absolutely nothing wrong with being a conservative as they are the sole defenders of tradition, culture, religion, economy, and whatever else that collectively make up our way of life which we deeply treasure but the lefties (the so-called progressives) always trying to trash for some social engineering experiments.

Like welcoming with open arms thousands and thousands of Asylum Bludgers (Boat people or so-called refugees with disturbingly questionable characters) into the main cities of Australia and housing them together with vulnerable girl students at university dormitories or with our hapless seniors at retirement villages.

And the lefties (and their media) always portray Tony Abbott as the Coalition’s Hard Man. Personally I think he is just getting too soft for a former Oxford gold medal boxer. And he is a bloody Rhodes Scholar at the Oxford too.  A solid catholic tested through both Jesuit primary and secondary schools in Sydney. What else one could ask more from their conservative prime minister to-be?

I do not know him personally but he has been our local MP since 1994 and this post is what my understanding of who he really is, not what the media portray him as a conservative hard man which does no real justice to him, period.
A Cabbie Met the Future Prime Minister

I met Tony Abbott very first time at the Harbord (now Freshwater) main taxi rank in Sydney’s Northern Beaches just last Sunday before that March 1994 by-elections for the Sydney electorate of Warringah. Back then I was living in the beach suburb of Dee Why which was in the Warringah Electorate.

Back then I had a full-time engineering job at a Narrabeen factory but also drove taxis some Sundays for cash and that Sunday about noon I was in my cab waiting for a fare at Harbord rank. Then   I saw one white man about my age on the other side started crossing the road and coming towards me. He was Tony Abbott.

As it was his very first election he wasn’t a familiar figure yet. But I’d already seen his photos on that ubiquitous election posters hanging up all over the area. Anyway, he came right up to my window and offered his right hand.

“G’day mate, how’s business, not too busy? I’m Tony Abbott and the Liberal candidate,” introduced the man who wanted my vote to become a Federal MP representing me and many other Warringah residents. And I suddenly realised he was closely followed by a throng of news-cameramen including one or two TV cameras. I was in shock. 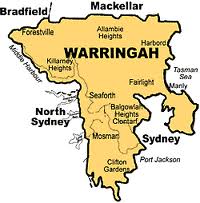 He thanked me and then walked around the cab and started talking to a group of admiring seniors the hardcore conservative voters eagerly waiting for him. I was left there alone stunned and thinking this area is a blue-ribbon conservative seat and he definitely would be elected.

I’d never voted for a conservative before as I used to vote always for Hawke-Keating Labor government like most recent Asian migrants did back then. But somehow he affected me and I voted for him that by-elections and loyally every general elections that followed. I’d become one of so-called Howard’s Battlers.