(Yasser Okbi’s Article direct from The JERUSALEM POST on 08 January 2016.) 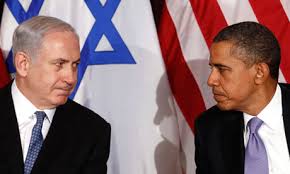 According to the Kuwaiti newspaper Al-Jarida, Netanyahu will make common cause with moderate Arab governments in order to sabotage Obama’s plan to succeed Ban Ki-moon when the South Korean diplomat ends his term as United Nations secretary-general on December 31 of this year.

Al-Jarida quoted sources as saying that Obama has already discussed the issue of running for secretary-general with Democrats, Republicans, and Jewish officials in the US. The sources said that once Netanyahu got wind of Obama’s plans, the prime minister began to make efforts to submarine what he has referred to as “the Obama project.”


“Wasn’t eight years of having Obama in office enough?” Netanyahu is quoted in the Kuwaiti daily as telling associates. “Eight years during which he ignored Israel? And now he wants to be in a position that is liable to cause us hardships in the international arena.” 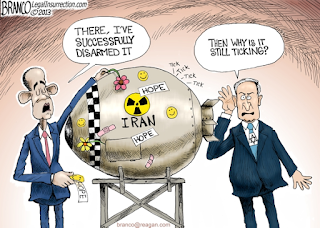 A source close to Netanyahu did not deny to Al-Jarida that the premier is aiming to “torpedo the Obama project,” noting that “his presidency was characterized by [Washington’s] moving closer to the Muslim Brotherhood, toppling the regime of Hosni Mubarak, and attempts to ally itself with political Islam.”

“Obama’s term is ending with him forging an alliance with Iran, coming to an agreement with it on its nuclear program which in the end will result in a similar scenario that took place with North Korea,” the aide said.

“Israel will not allow this to happen,” the source is quoted as saying. “It will take all of the necessary steps to prevent Iran from manufacturing a nuclear weapon either covertly or overtly.” The prime minister’s associate told Al-Jarida that Netanyahu “sees an opportunity to establish good relations based on shared interests with moderate states from which Obama has moved away.”
Posted by Hla Oo at 8:30 PM