The Reasons Many Vegans (Vegetarians) Are Crazy

(Staff Article direct from The NEW OBSERVER on 10 January 2016.)

The remarkable claims, contained in the magazine’s December issue, are based on two scientific studies—one Australian and another German—both of which also found that vegetarians were “less optimistic about their future” than those who kept meat in their diets.

There is little doubt, the magazine says, that going vegetarian can cause a person to lose weight. But, the magazine detailed its “lesser-known side effects: Panic attacks, obsessive compulsive disorder (OCD), and depression.” Australian researchers, the magazine continued, revealed that vegetarians reported being less optimistic about the future than meat eaters.


All the experts agree that what you eat plays a major role in what happens in your head—something that is quite logical when the biological process of how the body works is considered.

B vitamins, for example, the most common nutrient found in meat, are used by the brain to control neurotransmitters such as glutamate. Low levels of glutamate have long been linked to depression, anxiety, and OCD.

Similarly, meager levels of zinc and iron, two nutrients far more prevalent in meats than vegetables, manifest as moodiness—or worse, says the magazine. “I’ve had vegetarians come in thinking they’re having panic attacks when it’s really an iron deficiency,” one doctor quoted by the magazine said. Without iron to help blood move oxygen around, the brain gets less oxygen, leaving it sluggish and “tired.”


Then there’s tryptophan, an essential amino acid found almost exclusively in poultry. Your body can’t make it on its own and needs it to produce serotonin, a hormone that acts as the brain’s natural antidepressant. The magazine ends up recommending that instead of going completely vegetarian, the sensible thing to do is have a balanced diet of both meat and vegetables. 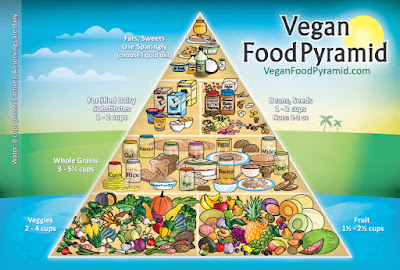