(Bethany Blankley’s Article from The WASHINGTON TIMES on 07 April 2015.) 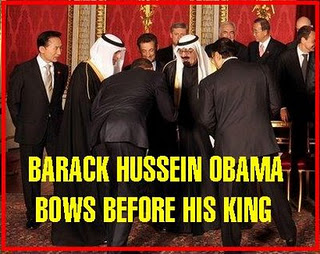 Not widely known, ‘Common Core’ programs, funded by the oil-rich Arab state of Qatar, put great emphasis on teaching about Islam while ignoring all the other religions. House Bill 1418 provides that the teaching of any religion in any public school classroom is specifically outlawed.

US World Report:  Schools have been engaging in various practices which are geared to teach non-Muslim children to practice the Muslim faith.  Children are being forced to recite the Five Pillars of Islam.


They are being compelled to engage in role-playing which has included dressing girls in Burkas (the mask which Muslim women are required to wear or face a penalty of death by stoning) and making the children answer the calls to Muslim prayers.  Children are being subjected to the requirement that they must respect the Flag of the Islamic State and Al Quaeda.

HB 1418 will turn the tide on such classroom practices.  School officials and teachers have apparently forgotten about or chosen to ignore the Establishment Clause of the United States Constitution which already prohibits the government, whether federal or state, from doing any act which endorses or supports any religion.  HB 1418 will restate the obvious language of the Establishment Clause as well as provide sanctions for violations.

The bill provides that academic courses in History, Geography and Social Studies will continue as before and that references to religion in secular lessons will not violate the law.  The bill only prohibits any practice which is directed at converting anyone to a particular religion. Should the bill pass into law, Muslims will not be able to use local school officials as government funded proselytizers.

Obama’s Common Core has ties to Libya, Qatar, Saudi Arabia. “Where did Common Core come from?” is a question I often hear from parents as I travel the country speaking about the Islamic infiltration of America.

Because in 2014-15 America, public school students via Common Core are:

• Participating in public school-sponsored trips to mosques via taxpayer expense, girls must wear head scarves (Colorado parents complain)
• Debating whether or not the Holocaust was “merely a political scheme created to influence public emotion and gain,” (an eighth-grade assignment defended by the Rialto Unified School District, Los Angeles)
• Pledging allegiance in Arabic (New York)
• Observing two “Muslim holy days,” (New York City)
• Being taught Islamic vocabulary lessons (North Carolina)
• Being taught Islamic culture (Tennessee)
• Being taught world history from Islamic perspective (Florida) that includes learning about the five pillars of Islam (Maryland father, a Marine Corps veteran, complains and is banned from school grounds)
• Told to proselytize by creating a pamphlet about Islam to “introduce Islam to 3rd graders” that introduces Allah to children as the same God of the Christians and Jews (Michigan)
• Reciting in class the Shahada, “There is No God but Allah,” and the Muslim call to prayer (Massachusetts) 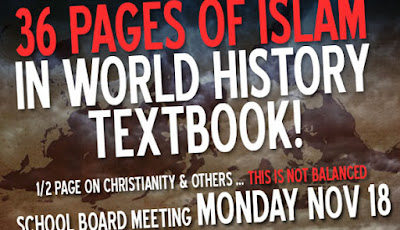 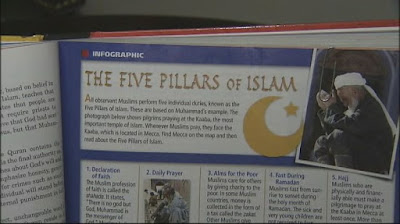 The short answer is that President Obama’s push for “hope and change” translates into completely transforming America — for the worse. Common Core is but one of many parts of an intricate plan to infiltrate every area of American society with Islam. Which is why, Common Core’s origin and funding came from Qatar, Libya and Saudi Arabia.

Globally, Common Core originated from the “One World Education” concept, a global goal orchestrated by the Connect All Schools program. Its origin is funded by the Qatar Foundation International (QFI). The director of QFI’s Research Center for Islamic Legislation and Ethics is Tariq Ramadan, grandson of Muslim Brotherhood founder, Hassan al-Banna.

According to the WND website, in 2011, QFI “partnered with the Department of State and the U.S. Department of Education to facilitate matchmaking between classrooms in the U.S. and international schools through … the ‘Connect All Schools’ project.” QFI states on its website that the initiative was founded in response to Mr. Obama’s infamous 2009 Cairo speech, during which the Muslim Brotherhood was seated in the front row.

Mr. Obama’s mentor, domestic terrorist Bill Ayers, received $49.2 million from Vartan Gregorian, a board member of the Qatar Foundation, who also is involved with Mr. Obama’s White House Fellowships Commission. Gregorian is an integral part of Connect All Schools, through which Qatar invested $5 million to teach Arabic in American public schools.

Domestically, in America, Common Core was “created by” the National Governor’s Association (NGA), Council of Chief State School Officers (CCSSO), Achieve Inc., ACT and the College Board. The Common Core State Standards are copyrighted by the NGA and CCSSO, a private company, which means they cannot be changed.

Many groups helped create these standards (chief among them, the Bill and Melinda Gates Foundation and the United Nations) but Pearson Education, an NGA donor and CCSSO’s listed business and industry partner, is integral to Common Core.

Pearson Education designs “education products and services to institutions, governments and direct to individual learners.” Listed on the London and New York Stock Exchange, of its numerous investors, the Libyan Investment Authority is its largest financial contributor, holding 26 million shares. 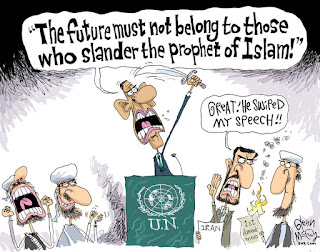 According to the Financial Times, the Libyan Investment Authority was founded by Muammar Gaddafi’s son, Seif al-Islam; more than five Gaddafi family members own shares. The Council on Islamic Relations (CAIR, a recently designated terrorist organization by the United Arab Emirates), Turkey, Saudi Arabia, and the Muslim Brotherhood invested in Pearson Education through the Libyan Investment Authority.

Despite this connection, according to the Guardian, Pearson Education claims as a public company operating in a free market it has no control over its shareholders’ terrorist-related activities.

Common Core was implemented in states that accepted federal funds from the 2009 “Race to the Top” initiative, which encouraged states to receive federal money to adopt new standards that would improve their public school children’s test performance results.

In order for a state to participate, the state board of education and the state’s educational professional standards board would have voted to adopt Common Core standards. Each participating state has posted the Common Core Standards on its state department of education website.

Two years prior to the Obama administration’s Race to the Top initiative, in 2007, the FBI uncovered documents revealing the goals of the Muslim Brotherhood, and its subsidiary organizations like CAIR, planned to indoctrinate American K-12 students by teaching Islam.

The seized documents were part of the 2007 Holy Land Foundation trial, the largest terror-funding trial in U.S. history. The FBI uncovered the Muslim Brotherhood’s manifesto “on the General Strategic Goal for the Group in North America” (Exhibit 42945 and Exhibit 42946).

Additionally, no state or federal oversight exists for university programs (under Title VI of the Higher Education Act) that train K-12 teachers to develop lesson plans and seminars on “Middle East Studies.” These programs and teacher training materials were developed by Pearson Education and largely funded by Saudi Arabia.

Parents must and can act

In order to end Common Core and eliminate the Islamic indoctrination being taught in public schools, parents must demand:

• Their state school board members be investigated and/or fired and replaced.
• Their state legislature and governor reject “Race to the top” federal funds and implement legislation or reverse its state education department’s implementation of Common Core in their state, and at a minimum, in the interim.
• Their child not participate in state testing.

Parents can also take their children out of public schools altogether. Parental rights are guaranteed by the 14th Amendment. The U.S. Supreme Court has held that parents possess the “fundamental right” to “direct the upbringing and education of their children.”

The court has declared that “the child is not the mere creature of the State: those who nurture him and direct his destiny have the right coupled with the high duty to recognize and prepare him for additional obligations” (Pierce v. Society of Sisters, 268 U.S. 510, 534-35).

The Supreme Court criticized the Nebraska state legislature for attempting to interfere “with the power of parents to control the education of their own” (Meyer v. Nebraska, 262 U.S. 390, 402). And ruled a parent’s right to raise his/her children means a parent is protected from unreasonable state interferences, one of the unwritten “liberties” protected by the Due Process Clause of the 14th Amendment (Meyer v. Nebraska, 262 U.S. 399).”


(Bethany Blankley is a political analyst for Fox News Radio and has appeared on television and radio programs nationwide. She writes about political, cultural and religious issues in America from the perspective of an evangelical and a former communications strategist for four senators, one congressman, a former New York governor and several nonprofits. She earned her master’s degree in theology.)
Posted by Hla Oo at 1:01 AM