(Satirical News Article direct from The NATIONAL REPORT on 27 October 2013.) 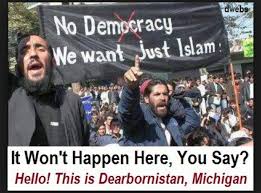 City in Michigan First to Fully Implement Sharia Law. In a surprise weekend vote, the city council of Dearborn, Michigan voted 4-3 to became the first US city to officially implement all aspects of Sharia Law.  The tough new law, slated to go into effect January 1st, addresses secular law including crime, politics and economics as well as personal matters such as sexual intercourse, fasting, prayer, diet and hygiene.

The new law could see citizens stoned for adultery or having a limb amputated for theft. Lesser offenses, such as drinking alcohol or abortion, could result in flogging and/or caning. In addition, the law imposes harsh laws with regards to women and allows for child marriage.

Some in town seem to welcome the new legislation while others have denounced the move as “abhorrent”, a threat to freedom and incompatible with the Constitution.  When asked by National Report about the need for such a law, local resident Jeremy Ahmed stated:


“It is because of our need that Allah the Almighty, in all his generosity, has created laws for us, so that we can utilize them to obtain justice. We hope to see other cities taking this action in the face of the governments inaction of passing such legislation”.

Other local residents have taken to social media sites with comments ranging from “praise be to Allah” and “long live Islam” to “RIP Dearborn” and “Only in Obama’s America would an American city consider Sharia Law”.

The city of Dearborn is a well-known safe haven for Muslims and Muslim sympathizers. With a population of around 98 thousand people, roughly 30% of its residence are Muslims making them the largest concentration of Muslims in the United States.

The dangers of Sharia Law in America were first outlined in a 2010 study produced by the Center for Security Policy (CSP) titled “Sharia: The Threat to America“, a 352-page book based on authoritative sources of Islamic law. While sharia includes strict rules for prayer and fasting, it is also an all-encompassing legal and political code that covers all aspects of life including those that have nothing to do with religion.

(The Satirical website National Report makes up above article on sharia law for humor; City of Dearborn was not amused by falsehood and sets record straight as follows.)

A satirical website called the National Report intentionally made up an article for entertainment purposes on Sunday, Oct. 27, 2013 about the City of Dearborn enacting sharia law over the weekend. The article is false; Dearborn is not under sharia law and has never at any time even considered such an action.

“Dearborn has never been, nor ever will be, under sharia law. We are governed by the U.S. Constitution, the Constitution of the State of Michigan and the City of Dearborn Charter,” said Mayor O’Reilly. “We are a city named after a Revolutionary War Hero. We have lost loyal Dearborn American military service personnel in every war this country has fought to protect the individual rights we are guaranteed through the U.S. Constitution,” he said.

“We are a community that proudly honors those who served our country to protect those rights. We have annual observances on Memorial Day, Flag Day, Korean War Armistice Day and Veterans Day,” said Mayor O’Reilly.

The phony article appeared on the National Report, a website meant to be humorous, and has since been posted on other websites and circulated over the internet. It also has been reposted multiple times on Facebook by people who are taking the fictional article at face value, and then expressing outrage about something that is simply not true.

“The National Report’s misguided attempt at humor furthers the goals of some people who have tried to suggest that the City of Dearborn is anti-American because our population includes residents who are Muslim,” said Mayor O’Reilly.

People from across the country, state and region have been contacting the City of Dearborn upset about the false news story. Many understand that it is not true, but are angry at the National Report for purposely making up the story. Mayor O’Reilly said the phony story could impact people’s image of Dearborn, which is a city with strong community connections, excellent public services, and well-tended neighborhoods.

Dearborn has a diverse population, originally attracted to the city because of well-paying jobs at the Ford Rouge plant, the Ford World Headquarters and the Ford Research and Development Center. The city also hosts other major employers, and remains a regional employment center, as well as a destination for shopping, cultural arts, recreation, night life, health care and higher education.

It is home to internationally-renown visitor attractions, led off by The Henry Ford: America’s Greatest History Attraction, which beckons more than a 1.7 million guests each year. “This hoax has confused people, even some who are familiar with everything Dearborn has to offer, and who have enjoyed visiting our town in the past,” Mayor O’Reilly said.

“The National Report is not a news site, but is only pretending to be one. Its purpose is entertainment. In this case, its outrageous story, with no basis in fact, has ended up fooling people in part because it mirrors allegations made by others in the past with less than humorous intentions,” said Mayor O’Reilly.

“One unique aspect of our community is the strong working relationship that exists among our diverse faith leaders, who foster understanding and tolerance,” he said. “It is in human nature to fear the unknown, which can lead to hate and attempts to deny the rights of others. But in Dearborn, that fear of the unknown is mitigated because leaders of many faiths regularly come together for dialogue and to celebrate the significant events of each others’ religions,” he said.


“We invite people to learn more about the real Dearborn,” Mayor O’Reilly said. “We want people to know we represent the best of America, our traditions and values, including following the rule of law under the U.S. Constitution.” 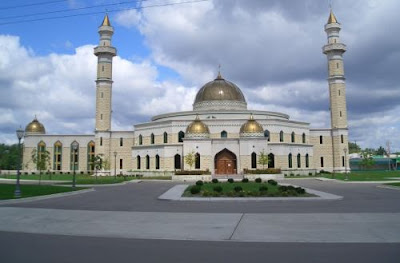 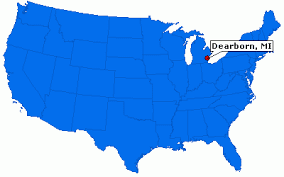