(Murtaza Hussain’s article from The INTERCEPT on 18 November 2015.) 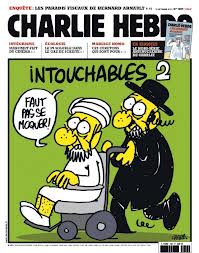 IN A STATEMENT PUBLISHED in its online magazine, Dabiq, this February, the militant group the Islamic State warned that “Muslims in the West will soon find themselves between one of two choices.” Weeks earlier, a massacre had occurred at the Paris offices of the satirical magazine Charlie Hebdo.

The attack stunned French society, while bringing to the surface already latent tensions between French Muslims and their fellow citizens. While ISIS initially endorsed the killings on purely religious grounds, calling the murdered cartoonists blasphemers, in Dabiq the group offered another, more chilling rationale for its support.

The attack had “further [brought] division to the world,” the group said, boasting that it had polarized society and “eliminated the grayzone,” representing coexistence between religious groups. As a result, it said, Muslims living in the West would soon no longer be welcome in their own societies.

Treated with increasing suspicion, distrust and hostility by their fellow citizens as a result of the deadly shooting, Western Muslims would soon be forced to “either apostatize … or they [migrate] to the Islamic State, and thereby escape persecution from the crusader governments and citizens,” the group stated, while threatening of more attacks to come.

Last Friday, at roughly 9:20 p.m. local time in Paris, the Islamic State delivered on that threat. A group of young Muslim men pledging allegiance to the group, armed with firearms and explosives, carried out a series of coordinated bombing and shooting attacks on civilians in the heart of the city.


Suicide bombers, wearing explosive vests packed with nails in order to maximize casualties, detonated themselves among crowds of young people, while men armed with assault rifles shot dead concertgoers and patrons in a restaurant.

By the time the attack was over, 132 people had been killed and hundreds more wounded in what was the worst terrorist attack in France’s modern history. In a statement issued online, ISIS claimed responsibility, stating that its operatives had “set out targeting the capital of prostitution and vice.” 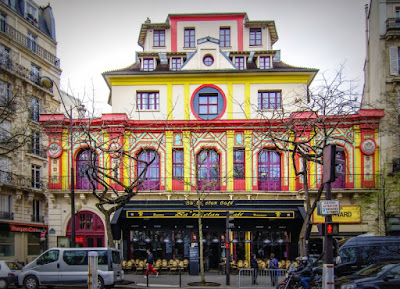 It is tempting to view such violence as senseless and nihilistic. However, taking into account the Islamic State’s history, it is clear that such a determination would be a mistake. By launching increasingly shocking attacks against Western targets, the Islamic State is pursuing a specific goal — generating hostility between domestic Muslim populations and the broader societies that they live in.

Despite its dire connotations, such a strategy is achievable for the group. In fact, some group members have successfully implemented it before, in Iraq, when the Islamic State’s predecessor organization, al Qaeda in Iraq, purposely provoked a sectarian civil war in that country following the 2003 U.S. invasion.

In a 2004 letter to Osama bin Laden, Abu Musab Zarqawi, the Jordanian-born leader of al Qaeda in Iraq, laid out his proposal for provoking such a conflict, calling for terrorist attacks against the Shiite majority population that would lead to a harsh crackdown on the Sunni minority.

In such a scenario, his group could then coerce the Sunni population into viewing it as their only protector. “If we succeed in dragging them into the arena of sectarian war,” Zarqawi wrote, “it will become possible to awaken the inattentive Sunnis as they feel imminent danger and annihilating death.”

The climax of this depraved strategy came in 2006, when an attack by al Qaeda in Iraq operatives succeeded in destroying the Al-Askari mosque in Samarra, one of the holiest sites in Shiite Islam. The attack, which shocked Shiite Muslims across Iraq, ultimately succeeded in triggering a full-blown civil war that has not fully abated to this day.

The Islamic State has little hope of achieving that level of disastrous success in Western Europe or North America. But what the group is seeking to accomplish nonetheless mirrors its strategy of divide-and-conquer in Iraq. Through increasingly provocative terrorist attacks, hostage executions, and videotaped threats, the Islamic State is consciously seeking to trigger a backlash by Western governments and citizens against the Muslim minorities living in their societies.

By achieving this, the group hopes to polarize both sides against each other, locking them into an escalating spiral of alienation, hatred and collective retribution. In a such scenario, the group can later attempt to pose as the only effective protector for increasingly beleaguered Western Muslims.

Following the deliberately shocking attacks in Paris, some nativist politicians in both Europe and the United States have already responded with calls to collectively punish Muslims en masse through discriminatory migration policies, restrictions on religious freedoms, and blanket surveillance by law enforcement.

While politically popular among some, such measures, effectively holding Muslims collectively to blame for the atrocities in Paris, would be self-defeating. The Islamic State is deeply unpopular among Muslims. Like their non-Muslim compatriots, French Muslims recoiled with disgust at the recent atrocities in Paris. Indeed, several of them were killed in the attacks.

As such, it would be both perverse and counterproductive to lump them together with ISIS and blame them for the group’s actions. Similarly, it would be absurd to treat refugees, many of whom are fleeing the Islamic State’s draconian rule in Iraq and Syria, as though they too are responsible for the crimes of the group.

Doing so would grant the Islamic State a propaganda coup, implicitly endorsing the group’s narrative of Muslims and Westerners collectively at war with one another.

Instead, in response to an attack intended to sow xenophobia, Western countries should reaffirm unity for their own Muslim populations and honor their best values by continuing to accept refugees without religious discrimination.

Simultaneously, they should also recommit to the military effort against Islamic State enclaves in Iraq and Syria, making clear that there is no contradiction to embracing Muslims at home while fighting terrorists abroad. Such an approach would show resilience in the face of violence, while fatally undermining ISIS’ Manichean narrative of “a world divided into two camps.”

Through murderous provocation, the Islamic State seeks to trigger a civilizational war between Muslims and the West, violently dragging both parties into such a battle if need be. There can be no real victory in a conflict with such apocalyptic connotations. Instead, Western nations should remain defiant, making clear through word and deed that they refuse to see the world divided on the Islamic State’s terms.


(Blogger’s Notes: A well-known house-Muslim from the extreme leftwing media “Intercept” wrote to offer an excuse to let more Muslims into West to appease the Muslims. A typical self-defeating left-wing ideology blindly followed by that house-Muslim Obama and his leftwing Democrats last 8 years and had almost destroyed Western Civilization including USA.)
Posted by Hla Oo at 6:49 AM