Fear Spreads In LA As Mass Deportation Had Begun

(Samantha Schmidt’s article from The WASHINGTON POST on 10 February 2017.)

The panicked emails and phone calls began streaming in from community members at about 11 a.m. Thursday morning, inundating Los Angeles immigration lawyers with far more cases than usual. Immigrant advocate groups claim that more than 100 people had been taken into custody by federal immigration officials in Southern California Thursday, indicating a “coordinated sweep” in arrests and heightening fears that Donald Trump’s promise to crackdown on deportations had begun to take effect.

Police and immigration officials denied the “raids” and disputed the claim that the arrests were part of a more stringent approach, saying any detentions were simply part of “routine” enforcement activities. But a flurry of calls regarding arrests spurred immigration attorneys into rapid response efforts, and prompted protests on the streets of downtown Los Angeles.

“We know the daily patterns of people being picked up and taken,” Angelica Salas, executive director of the Coalition for Humane Immigrant Rights of Los Angeles, or CHIRLA, said in an interview with The Washington Post. “There’s a natural flow of enforcement that happens every day. But this was not normal.”


According to Salas, the “raids” were taking place in Van Nuys, San Bernardino, Downey, Santa Paula and Oxnard. Immigration attorneys went to the downtown Los Angeles detention and removal facility Thursday afternoon and saw five white vans and one bus filled with people leave the premises.

When an attorney asked Immigration and Customs Enforcement for information about clients who were detained, an ICE officer said more information was needed to identify the individuals, because more than 100 people were currently detained in the facility, Salas said. Usually only one or two people are detained in the center on a given day, Salas added.

The American Civil Liberties Union of Southern California tweeted “URGENT: ICE conducted multiple raids of homes across the city.” But a spokeswoman for Immigration and Customs Enforcement, said in a statement to the Los Angeles Times that the arrests were part of the agency’s “routine” enforcement activities.

“Our operations are targeted and lead driven, prioritizing individuals who pose a risk to our communities. Examples would include known street gang members, child sex offenders, and deportable foreign nationals with significant drug trafficking convictions,” the statement said. “To that end, ICE’s routine immigration enforcement actions are ongoing and we make arrests every day.” 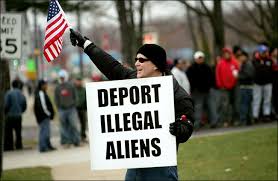 This stance appeared to parallel practices under the Obama administration, which prioritized the deportation of people who were violent convicted offenders considered a threat to the public. Trump’s executive order on Jan. 25 vowed to cast a wider net and include any undocumented immigrants who had been convicted of a criminal offense.

Salas said immigration attorneys heard of multiple examples of people detained Thursday who were not violent offenders. One man wasn’t even convicted of a crime, and another individual had simply received a speeding ticket, Salas said.

Many law enforcement agencies, including the Los Angeles Police Department have promised not to take part in the mass deportations Trump has called for. Los Angeles Deputy Police Chief Bob Green told the Los Angeles Times Thursday that the department knew of no ICE sweeps going on in the San Fernando Valley.

“There is information that is out there that is wrong,” he said, adding that his department would not participate in any federal immigration raids. “We are working hard with the immigrant communities to dispel fears.”

“We want our community to know that The Pomona Police Department is not participating in any immigration checkpoints nor are we aware of any such checkpoints scheduled in the City of Pomona,” the department said in the release. “We encourage the community to always fact check to avoid “fake news”.

Meanwhile, immigration advocates called on ICE officials to release information regarding the number of people arrested in recent days. “In most instances they’ll give us information about operations, not specifics, but they just weren’t wiling to do that,” Salas said. “That’s the problem that we’re finding, this lack of communication.”

“Who are these people?” she added. “How many were on this list that were all criminal aliens?” A number of local lawmakers joined immigrant rights advocates in calling upon ICE to release additional information. California Senate President pro Tempore Kevin de León (D-Los Angeles) released a statement in reference to reports that ICE conducted raids across Southern California. 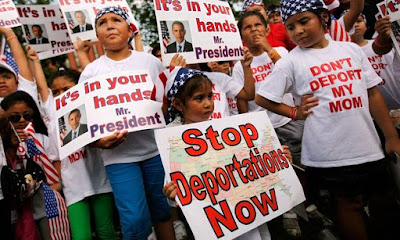 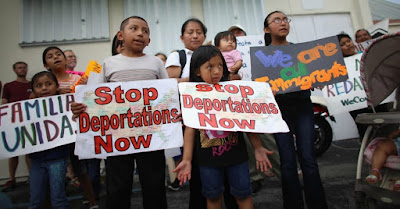 Senator Kevin de Leon: ‘Half Of My Family’ Could Be Deported 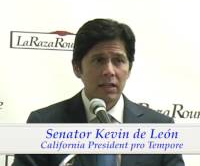 SACRAMENTO (KCBS) – Opponents of State Senate President Pro Tem Kevin de Leon’s efforts to make California a sanctuary state are focusing on one particular statement he made about his family.

In a hearing before the State Senate Public Safety committee, de Leon (D-Los Angeles) made it personal when pitching SB54. The proposal would prohibit local law enforcement in the state from working with federal government on immigration issues and violations.

On Twitter, many individuals suggested that de Leon should be arrested for condoning illegal immigration in his own family. State Sen. Andy Vidak (R-Visalia) said the bill would make California less safe. “De Leon’s hubris gives sanctuary to violent criminals who are in this country illegally,” Vidak said.

Kevin De Leon said like his family, many of the undocumented immigrants in this country are peaceful and want to make a better life for their families:

Immigration Raids Are Reported Around The Country

Federal immigration authorities launched a new wave of raids and other actions in several states over the past five days aimed at sweeping up people who are in this country illegally.

It's not known how many people were rounded up across the country, but immigration advocates say they've received reports of raids in California, Texas, Virginia, North Carolina, Georgia, New York and Kansas. The ICE operations are the first to take place since President Trump issued his Jan. 26 executive order expanding the priorities for enforcement.

President Trump has promised to deport 2 to 3 million immigrants with criminal records, but immigration experts say that while the Department of Homeland Security estimates there are 1.9 million "removable criminal aliens" in the United States, only about 690,000 are in this country illegally and have been convicted of a felony or serious misdemeanor. 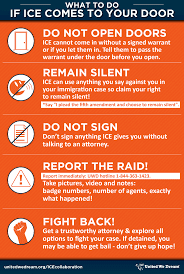 Preliminary reports from southern California give an indication of the scope of the ICE operations. An official with Immigration and Customs Enforcement, or ICE, in southern California, David Marin, called the actions routine "surge operations" that target "priority cases," in other words, people in this country illegally who have criminal convictions.

"We made 161 arrests, and of those 161, 151 of those had prior criminal convictions. ... The majority of them were felons and those felons which had prior convictions included sex offenses, domestic violence, assault, robbery and weapons violations, just to name a few," said Marin in a press teleconference held late Friday.

Marin said that of the ten others, five had impending deportation orders or had been deported and had illegally returned to the United States. The remaining five had no criminal records, but were in this country without documents.

Immigrant advocates dispute officials' claims that the operations were routine. "What they're trying to do is a really concerted effort to instill fear and terrorize our communities," said David Abud, an organizer with the National Day Labor Organizing Network based in Los Angeles told NPR. "It's a way in which Trump and ICE are retaliating against sanctuary jurisdictions," he added.

As we reported in the Two-Way, the majority of people in this country illegally are concentrated in 20 metropolitan areas in the country. The Washington Post quoted one immigration official who was not authorized to speak publicly because of the sensitive nature of the operation as saying, "Big cities tend to have a lot of illegal immigrants. They're going to a target-rich environment."

There were anecdotal reports of ICE staging traffic checkpoints and random sweeps of people suspected of being here illegally. ICE's Marin called those reports "dangerous and irresponsible."

Marin declined to discuss any connection between the raids and the president's recent executive order, except to say that the operations had been planned for weeks before that order was issued. 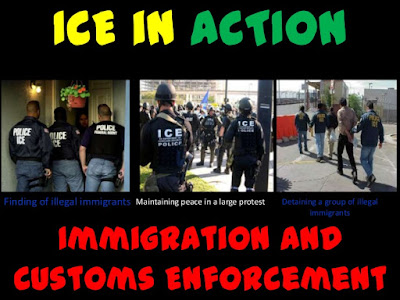 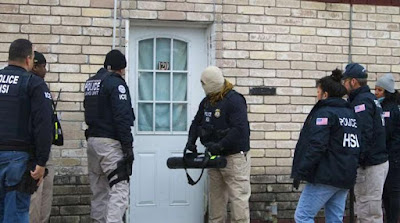