(CNN) Democrats are spending the opening weeks of the Trump administration trying to flex their muscle any way they can -- boycotting confirmation hearings, refusing to work with Republicans on Obamacare and pondering a filibuster of President Donald Trump's Supreme Court pick.

But as Democrats throw every procedural hurdle they can think of at Trump, they're facing a bleak reality: they have virtually no power in Washington. The party has no clear successor to Barack Obama or Hillary Clinton who can speak with one voice for the party. And there is no consensus yet on a strategy to thwart Trump's legislative agenda -- or even how to prioritize the issues they plan to challenge him on.

There's one thing giving them comfort: Trump himself. The President's initial actions in office have been so breathtaking in their scope and breadth that frustrated Democrats say their base is galvanized in ways they haven't seen in a long time. That could make it easier for Democratic groups to gear up for a more forceful effort to sway the balance of power in 2018 and 2020.


Hilary Rosen, a Democratic strategist and CNN contributor, said there was lull after the November election, in part because many Democrats were legitimately shocked at Trump's win. At that time, Democratic congressional leaders were still debating whether it was more advantageous to try to work with the President on some areas, rather than to risk appearing obstructionist by trying to block him at every turn.

But they were emboldened, Rosen said, not only by their early success in stalling Trump's vow to immediately repeal Obama's health care law, but also by the unexpected energy of the crowds at womens' marches last month and the protests against the immigration ban around the country.

"It underscored that there was a large community of dissenters out there -- it came from the ground up and the leadership sort of jumped on top of it," Rosen said. The final straw, she said, was Trump's hastily announced travel ban, which was criticized as a religious test.

"It cemented the left's view that we are not going to work with this guy -- the idea that this is not going to be someone we can appease; who we can compromise with. The base won't allow it," Rosen said. "I think what we've seen is the left and the center left kind of merge. ... There's not going to be any tolerance for the middle ground."

One early test of the strength of the resistance will be Trump's nomination of Neil Gorsuch to the Supreme Court. There is disagreement among the Democratic ranks in the Senate about whether to pursue a filibuster that would require 60 votes for the nomination to advance -- a threshold the GOP can't reach on its own.

But Republican leaders could respond by simply getting rid of the filibuster entirely, which would leave Democrats even weaker if Trump were to nominate a future justice who could change the court's balance of power.

Meanwhile, Democratic senators in red states that Trump won are feeling the heat, and the White House and their allies plan to amplify that pressure. Trump urged Senate Majority Leader Mitch McConnell Wednesday to "go for it" and eliminate the filibuster on Supreme Court nominations.

The weak hand of Democrats was also on display Wednesday morning when Republicans on the Senate Finance Committee quashed their attempt to boycott two Trump Cabinet nominees, Steve Mnuchin for Treasury secretary and Rep. Tom Price to be secretary of the Department of Health and Human Services. 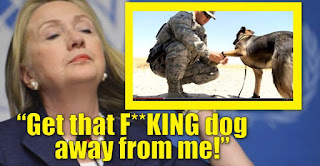 Democrats did manage to temporarily delay the confirmation process of EPA nominee Scott Pruitt by boycotting his committee vote on Wednesday. White House Press Secretary Sean Spicer called the boycott attempts "childish" and "a disservice to the American people."

As they forge a strategy to take back congressional seats in 2018 and 202, the most hopeful signs for Democrats may be beyond the Beltway, said former Obama aide Tommy Vietor. Scores of demonstrators who turned out for the marches supporting womens' and immigrant rights were protesting for the first time. That fresh enthusiasm has helped ease some of the disappointment and disillusionment among Democrats about their losses in November.

"Suddenly the idea of protesting is becoming normalized," said Vietor, who co-hosts the podcast "Pod Save America." "That's the really hopeful thing for people who are opposed to Trump. They are trying to learn the lesson of the (2016) campaign. They're not pretending that social media activism is going to cut it."

The hope, Vietor said, is that sustained protests will draw attention to what he views as the Trump administration's "incompetence." And if the president's unpopularity grows, he thinks Republican members of Congress will be less eager to support his agenda.

Buffy Wicks, a Democratic strategist who was an early field organizer for then-candidate Barack Obama in 2008 and was one of his senior aides in 2012, said there has been an unusual confluence of three factors: first time activists taking to the streets, criticism of Trump policies by business leaders who normally stay out of the fray and "huge surges in members and donations" for established Democratic organizations.

"We are in a super unique moment in time," said Wicks. "The important part is for us now to take that energy and make sure we're funneling it in the right way in 2018 and 2020. That's how you actually make change, you have to translate that energy into electoral power."

Legal resistance to Trump's actions is also growing, and already has octopus-like tentacles with different groups seeking to unravel or block the most controversial aspects of his executive actions.

Immigration lawyers from the ACLU and other groups acted swiftly Friday night after Trump released his executive order limiting immigrants from seven Muslim-majority countries. A federal judge - Ann Donnelly intorduced by Schumer and appointed by Obama -  blocked part of the order on Saturday, preventing the removal of some individuals who arrived at airports after the order was issued. Lawsuits were also filed in a number of other states. 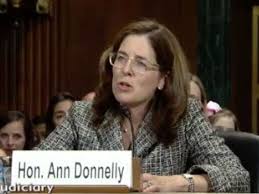 Members of the California Legislature, which is dominated by Democrats, have retained former Attorney General Eric Holder, promising to challenge any Trump policy that threatens the state's progressive actions on issues like climate change.

Big city mayors in so-called sanctuary cities banded together last week to denounce Trump's vague order to cut off federal funding to those communities. This week, the city of San Francisco filed suit against the Trump administration in federal court over that executive order.

San Francisco officials argue in the lawsuit that "in blatant disregard of the law, the President of the United States seeks to coerce local authorities" into abandoning their sanctuary city laws and policies. They called Trump's executive order "a severe invasion of San Francisco's sovereignty" and argued that the Executive Branch "may not commandeer state and local officials to enforce federal law.”


"This strikes at the heart of established principles of federalism and violates the U.S. constitution," the lawsuit says.
Posted by Hla Oo at 7:46 PM