Trump Pulling US Out Of Muslims-Controlled UNHRC

(Byariel Whitman’s article direct from The JERUSALEM POST on 26 February 2017.)

Trump may pull United States out of UN Human Rights Council due to Israel Bias: The administration regards the Council as being inherently anti-Israel which is the main reason for the consideration for pulling out of the international body, according to the report. Politico reported on Saturday that the Trump administration may soon back Israel on its claim of UN bias and pull out of the organization's Human Rights Council.

According to the report, the administration is not expected to withdraw ahead of the council’s next session that begins on Monday, but discussion of the option has already begun and is expected to include input from Secretary of State Rex Tillerson, ambassador to the United Nations Nikki Haley and President Donald Trump.

The administration regards the Council as being inherently anti-Israel which is the main reason for the consideration for pulling out of the international body, according to the report. The news site also reported that in private conversations, Secretary Tillerson has expressed doubts about the effectiveness of the Council.


State Department spokesman Mark Toner did not confirm whether the issue was being considered and would only say that "our delegation will be fully involved in the work of the HRC session which starts Monday."US Ambassador to the UN Haley discusses anti-Israel bias

Former Israeli ambassador to the US and current deputy minister for the Kulanu party Michael Oren welcomed a potential US move to withdraw from the council. "US decision to quit the insanely anti-Israel UN Human Rights Council would send a moral message to the world," Oren wrote on Twitter.

Since its creation in 2006, the UN Human Rights Council has been persistently criticized by the US for its biased treatment of Israel, which has been condemned more than any other country, including persistent human rights abusers such as Iran and Syria.

Under former US president George W. Bush, the US initially refused to seek a seat on the 47-member body and then withdrew from it altogether in 2008. Former US president Barack Obama reversed that position upon entering office, believing that the UNHRC could best be changed from within.


During the Obama administration the US held two consecutive terms on the council, from 2009 to 2015. It is now serving a three-year membership term that began in 2016. The US has often been the sole country to vote against resolutions condemning Israel. 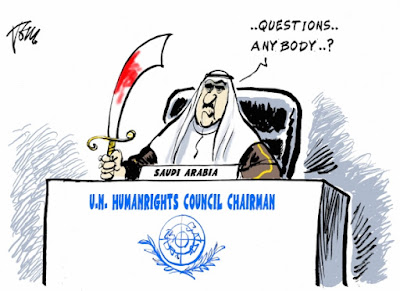 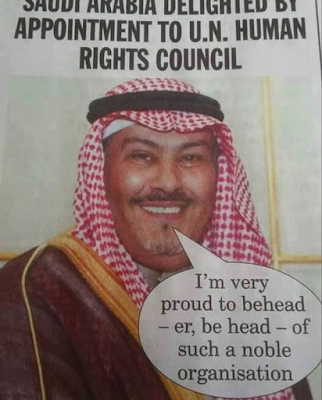