(Judith Bergman’s article from The GATESTONE INSTITUTE on 02 February 2017.) 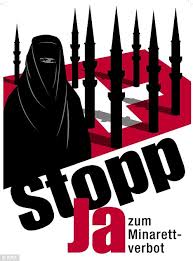 In November 2016, Swiss police arrested the imam of the an'Nur mosque in Winterthur, in the canton of Zürich, for calling for the murder of Muslims who refuse to participate in communal prayer.

The young imam, who had come from Ethiopia, had been in Switzerland for only a short time. The Zurich Federation of Islamic Organizations (Vioz) declared it was "shocked", and suspended the an'Nur mosque from the federation until further notice: "We are shocked that an imam in one of our houses of prayer called for violence."

There is little cause for "shock". Already in 2015, Winterthur made headlines in Switzerland as an emerging center for young Muslims with jihadi ambitions. Four people from Winterthur managed to travel to Syria to join ISIS and a fifth was stopped at the airport in Zürich.

In November 2015, Swiss journalist and Syria expert, Kurt Pelda said, "The IS has a cell in Winterthur in the vicinity of the An'Nur Mosque in Hegi, there is no longer any doubt." He also said that in addition to the five known cases, another man from Winterthur had travelled to Syria as well.


The former president of the Islamic Cultural Association of An'Nur, Atef Sahoun, denied all claims at the time: "If we discover radical tendencies in one member, then the appropriate person will be immediately excluded. We send them away, no matter who it is".

Atef Sahoun was arrested for incitement in November 2016, along with the Ethiopian imam, but later released. According to Saïda Keller-Messahli, Islam expert and president of Forum for a Progressive Islam, the arrested imam from the an'Nur mosque is only "the tip of the iceberg": "Radical imams always preached in the An-Nur Mosque... Those responsible are fanatics. It is no coincidence that so many young people from Winterthur wanted to do jihad".

In November 2015, Swiss police carried out a raid on the homes of two imams at the biggest mosque in Switzerland, the Geneva Mosque, which was inaugurated in 1978 by the former king of Saudi Arabia. The mosque is run by a foundation, Fondation Culturelle Islamique de Genève, which appears to have close ties to Saudi Arabia.

While Swiss police refused to comment on the raids or allegations surrounding the imams, a Swiss paper reported, "...a group of around 20 young extremists had attended the mosque for several months, two of whom allegedly travelled to Syria".

Swiss authorities are currently investigating 480 suspected jihadists in the country. Switzerland is thus an excellent answer to those who still claim Islamic terrorism is reserved for those countries which have participated in operations against ISIS or other Muslim terror organizations. Switzerland has done neither, yet its flag figured among sixty other enemy flags shown in an ISIS propaganda video.

Who funds the approximately 250 mosques in Switzerland? The Swiss government does not know, at least officially, as it has no jurisdiction to collect data on the financing of Muslim associations and mosques except in exceptional cases where internal security is threatened.

Doris Fiala is a center-right parliamentarian, who has urged authorities to create transparency. She wants to list every association that benefits from foreign money in a commercial registry, its accounts supervised by an independent cantonal authority and auditor. In response to her requests, the cabinet told her:

"It is nonetheless common knowledge that governmental organizations and private individuals send donations from abroad. But the Federal Intelligence Service does not currently have any information on possible external funding of mosques that could affect the protection of the State."

According to Reinhard Schulze, professor of Islamic Studies at the University of Bern: "There are undoubtedly structured contacts between the Muslim World League and certain Islamic organizations in Switzerland. Donations from the World League and other funds coming from Saudi Arabia are given to those mosques and organizations that are open to the Wahhabi tradition".

Money from Saudi Arabia reaches Switzerland in various ways, according to Schulze. One example is the European Organization of Islamic Centers (EOIC), founded in Geneva by an Algerian in 2015, which has as its single goal the financing of the infrastructure of Muslim institutions, and the training and employment of imams.

"Huge sums of money from Saudi Arabia, the United Arab Emirates, Qatar, Kuwait and Turkey are flowing to Switzerland", Saïda Keller-Messahli, told the newspaper NZZ in November. According to Keller-Messahli, the an'Nur mosque is not a unique example of a "radical" Swiss mosque:

"There is a whole network of radically-oriented mosques in Switzerland. The Muslim World League is behind it, training young imams and sending them out into the world. These are true wandering preachers, who are not only active in Switzerland, but also in Austria, Germany, Norway and Denmark. The network is a hub for Salafists.

The Swiss authorities make a big mistake of not looking into the mosques. The image of the pitiful backyard mosques is no longer true. Currently, new mosques are being built at the cost of several million francs, most recently in Volketswil, Netstal and Wil.

The idea that these amounts come from members of the mosques is simply a lie - they come from the Muslim World League and its organizations, for example in Geneva, with the clear intention of spreading Salafist thought here".

Furthermore, there are around 70 Turkish mosques, which are financed directly from Turkey through the Diyanet Foundation in Switzerland. The most important ones are in Zurich, Lucerne, St. Gallen, Lugano, Biel, Freiburg and Neuchâtel.

In addition, the Swiss government appears to give Qatar, one of the primary propagators of Wahhabi Salafism in the world today, extremely special treatment. Qatar has invested billions of Swiss francs in Switzerland: Already in 2008, it invested 6 billion francs in Credit Suisse and the former emir's son is on the board of directors of the bank. 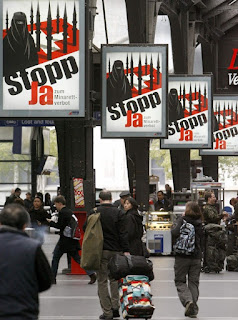 It holds 8.42 percent of the shares of the commodity group Glencore Xstrata and 4.11 percent of the rice retailer Dufry. Qatar even has a bank of its own, the QNB Banque Privée Suisse, which operates in Geneva.

Apart from these investments, Qatar has invested heavily in the Swiss hotel industry, where it is continuing to grow its influence. It is currently spending one billion Swiss francs on acquiring and renovating three luxury hotels and resorts in Switzerland in Lausanne, Berne and near Lucerne, known as the "Bürgenstock Selection" project.

The largest of the three is a resort, high above Lake Lucerne, where three hotels, ten luxury villas and dozens of apartments are being built. In the words of Die Welt, "Qatar is building its own village" in Switzerland.

Most telling of all, perhaps, is a small occurrence, which took place at the end of December. Die Welt reported that the Swiss air force allowed the former Emir of Qatar, Hamad Bin Khalifa al-Thani, to land in the middle of the night at Zürich airport, despite the existing night flying ban.

The 64-year-old Khalifa al-Thani had broken a leg on holiday in Morocco, and insisted on being flown to Switzerland immediately, not caring in the least that no one is allowed to land in Zürich between three and six o'clock in the morning. The Swiss Air Force nevertheless agreed to the landing, basing its decision on a "medical emergency". Just before six, two more airplanes – this time from Doha, the capital of Qatar - landed, also during the flight ban.


The Swiss government, evidently, does not mind the ruling family of Qatar treating Switzerland as an extension of Qatar – and that really sums up perfectly the ongoing Islamization of Switzerland. 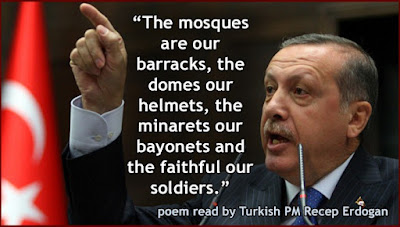