(Michael Grybaum’s article from The New York Times on 24 February 2017.) 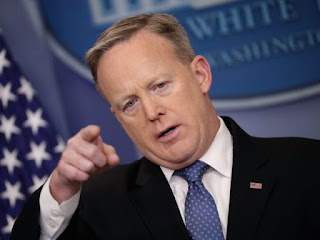 WASHINGTON — Journalists from The New York Times and several other news organizations were prohibited from attending a briefing by President Trump’s press secretary on Friday, a highly unusual breach of relations between the White House and its press corps.

Reporters from The Times, BuzzFeed News, CNN, The Los Angeles Times and Politico were not allowed to enter the West Wing office of the press secretary, Sean M. Spicer, for the scheduled briefing. Aides to Mr. Spicer only allowed in reporters from a handpicked group of news organizations that, the White House said, had been previously confirmed.

Those organizations included Breitbart News, the One America News Network and The Washington Times, all with conservative leanings. Journalists from ABC, CBS, The Wall Street Journal, Bloomberg, and Fox News also attended. Reporters from Time magazine and The Associated Press, who were set to be allowed in, chose not to attend the briefing in protest of the White House’s actions.


“Nothing like this has ever happened at the White House in our long history of covering multiple administrations of different parties,” Dean Baquet, the executive editor of The Times, said in a statement. “We strongly protest the exclusion of The New York Times and the other news organizations. Free media access to a transparent government is obviously of crucial national interest.”

(From Breitbart News: However, as the New York Times itself reported in 2015, President Barack Obama met privately with liberal reporters and columnists frequently throughout his tenure in office — “more than a dozen” times. And although he occasionally invited conservative columnists, “Liberal-leaning columnists from newspapers tend to dominate at Mr. Obama’s secret sessions.”

Obama’s private briefings for liberal members of the media, which excluded conservatives, were well-documented. A few:

On Friday, CNN media reporter Dylan Byers expressed concern at the alleged exclusion of left-leaning media outlets. Yet in 2015, he wrote about the frequency of Obama’s private meetings with journalists. Byers noted that President Obama “holds the occasional meeting with conservatives,” but the list of “regulars” included a roster of prominent liberal journalists.) 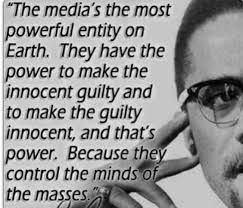 The White House Correspondents’ Association, which represents the press corps, quickly rebuked the White House’s actions. “The W.H.C.A. board is protesting strongly against how today’s gaggle is being handled by the White House,” the association president, Jeff Mason, said in a statement. “We encourage the organizations that were allowed in to share the material with others in the press corps who were not. The board will be discussing this further with White House staff.”

The White House move came hours after Mr. Trump delivered a slashing attack on the news media in a speech at the Conservative Political Action Conference. The president denounced news organizations as “dishonest” purveyors of “fake news” and mocked journalists for claiming free speech rights. “They always bring up the First Amendment,” Mr. Trump said to cheers.

A White House spokeswoman, Sarah Huckabee Sanders, played down the events in an email on Friday afternoon. “We invited the pool so everyone was represented,” Ms. Sanders wrote. “We decided to add a couple of additional people beyond the pool. Nothing more than that.”

Mr. Spicer’s small-group Friday session, known as a gaggle, was scheduled as a no-camera event, less formal than his usual briefings that are carried live on cable news. But past administrations have not hand-selected outlets that can attend such sessions.

“It was clear that they let in a lot of news outlets with less reach who are Trump-friendly,” said Noah Bierman, a White House reporter for The Los Angeles Times, who was barred. “They let in almost every network but CNN. That’s concerning, the handpicking aspect of it.”

Two of the barred outlets, CNN and The Times, have been a particular focus of Mr. Trump’s ire. And during the presidential campaign, some journalists from BuzzFeed News and Politico were prohibited from attending Trump rallies.


Representatives of the barred news organizations made clear that they believed the White House’s actions on Friday were punitive. “Apparently this is how they retaliate when you report facts they don’t like,” CNN said in a statement. Ben Smith, editor in chief of BuzzFeed, called it “the White House’s apparent attempt to punish news outlets whose coverage it does not like.” 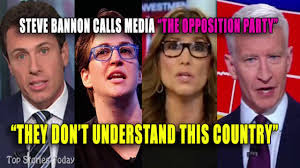