(Marion Portella’s article from the CLARION PROJECT on 19 August 2019.) 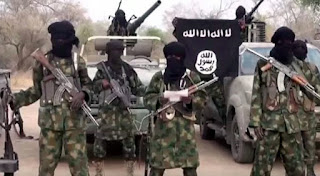 At least 1,200 people were killed and close to 200,000 were displaced in northeast Nigeria in 2018 alone due to the brutal and genocidal campaign being waged by the Islamist terror group Boko Haram. To date, nearly 30,000 have been killed and two million displaced.

The group, which literally means “secular education is forbidden,” is indiscriminate in its mission, targeting Christians as well as Muslims they do not agree with. Elsewhere in Nigeria, killings by Muslim herdsmen against Christian farmers have been occurring for decades, leaving at least 1,600 people dead and another 300,000 displaced in 2018.

Clarion Project contributor Mario Alexis Portello, a Catholic priest based in Florence, recently visited Nigeria. The following is his report: An unreported tragedy ignored by both the Western media was recent killing of Father Paul Offu in Enugu (southern Nigeria) at the hands of Islamic Fulani herdsmen.


The former Nigerian president, Olusegun Obasanjo, wrote an open letter to current President Muhammadu Buhari, warning him of the risk of a “Rwandan-style genocide” of Christians in Nigeria if the government does not take immediate measures to stop the violence.

Buhari has yet to have condemned the Fulani militants as terrorists (he stems from the same tribe), making it appear that this is all part of a well-organized operation to exterminate Christians in Nigeria altogether.

Last month I had the opportunity to visit Christians in Nigeria who are being persecuted by Islamist fundamentalists, specifically Boko Haram, in the Catholic Diocese of Maiduguri (northeast Nigeria). As I traveled through the mostly 51,000 square mile terrain, I spent some time with a woman whose husband, Yohanna, had been kidnapped by Boko Haram just two days prior.

While she was very much comforted by her fellow parishioners, who were praying and hoping against hope that he would be released, regrettably, just hours after spending some time with her, Yohanna’s dead body was found.

Like Father Offu’s murder, this is just one of many tragic stories that go unreported. While the West and NGOs contend that they can conquer Islamist terror with arms — just like they tried to do ISIS in Syria and Iraq — they fail to get at the root of the problem – the ideology that continues to be indoctrinated in the youth, as with the Almajiri boys. 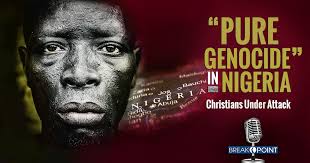 Derived from the word hajarah (to flee one’s country, to migrate, to emigrate), the Almajiri boys are supposed to be “knowledge” seekers as commanded by Allah in the Quran: “And whoever emigrates for the cause of Allah will find on the earth many [alternative] locations and abundance. And whoever leaves his home as an emigrant to Allah and His Messenger and then death overtakes him — his reward has already become incumbent upon Allah.” — Sura 4, 100

For many families, the Almajiri educational system offers an alternative to sending their children to a state school which costs money. Most of the religious schools provide free tuition. But the Almajiri pupils have to take care of their own daily needs, which is why many of them go begging when they do not have to be in the classroom.

According to the National Council for the Welfare of Destitute report in 2017, approximately seven million Almajiri roam the streets of northern Nigeria every day. Many of them concede to the strongest wind that blows: street violence, child trafficking, diseases, or hunger.

Those who manage to resist ultimately undertake menial jobs with very limited future perspectives as they emerge from the system as unskilled workers. Critics, both from Nigeria and abroad, say the young Almajiri pupils — and I encountered numerous of them — who wander through the streets and seek religious orientation are ideal recruits for extremists.

Of course, within the past few years, some of the victims to Boko Haram and the Fulani nomads have been Muslims. However, when the destruction of lives and property is done and it comes to rehabilitation/reconstruction and rebuilding of lives, government funds are used to rehabilitate Muslim communities and compensate Muslims. Christians are simply left out.

Some of the visible and practical forms of persecution and challenges that Christians have had to live with for decades include:

Denial of land to build places of worship. The last time that a Certificate of Occupancy was issued for a church building within the Diocese of Maiduguri was in 1979
Denial of Christian religious curricula in the primary and secondary levels. Instead they are forced to study Islam
Denial of jobs and promotion in government-owned companies
Political exclusion and denial of political office
Forceful abduction and marriage for Christian girls;
Course in higher institutions of learning reserved for Muslim

As the Father John Bakeni, a priest from Maiduguri, told me, the persecution of Christians is prevalent. “About four years ago, they came to us. There was no place for them to stay. Nobody wanted to take them in, not even the housing communities.

“The diocese has been solely responsible for their welfare and their upkeep. Like other displacement centers, they have received little or no attention from the government — Not even from NGOs of Christian roots and origin. People don’t want us to say this in public, but that is the fact.” 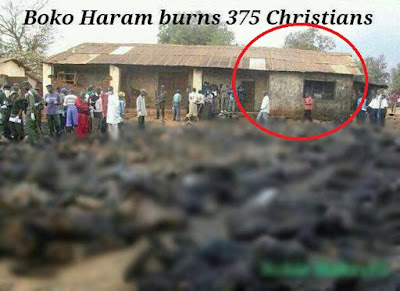 Perhaps 2,000 people have been massacred in Nigeria in the most savage and brutal attack yet by the Islamist group Boko Haram. The precise number of those killed is unknown, but it is at least in the hundreds.

Eyewitnesses and media sources are reporting that the dead are too many to count. The vicious assault is believed to be connected to the upcoming election, in an effort by Boko Haram to intimidate citizens into not voting.

Boko Haram gunmen descended on the town of Baga in Borno State on Saturday, January 3, in pickup trucks, initially approaching a military outpost north of the town. They then proceeded to sack surrounding villages and towns, killing at random. By Wednesday they reached the town of Baga itself. 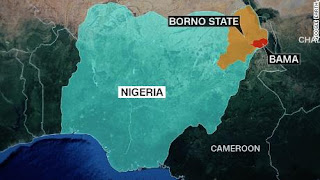 According to an eyewitness who spoke to The New York Times, “When they neutralized the soldiers, they proceeded to Baga and started killing everyone in sight. There was no pity in their eyes. Even old men and children were killed.” Reports suggest that Baga, previously a town of 10,000, was razed to the ground.

One survivor, Yanaye Grema, hid out for three days in Baga, taking cover in between his neighbour's house and a wall while the massacre took place. After the attack, like many other survivors, he fled to the Borno state capital of Maiduguri, a city of at least a million in Nigeria’s northeast. He told AFP, “For five kilometres (three miles), I kept stepping on dead bodies until I reached Malam Karanti village, which was also deserted and burnt.”

Maiduguri was itself attacked on Saturday, January 10. A suicide bombing killed 19 people and wounded many others in an attack on a crowded market. The suicide bomber was a girl aged around 10, part of a growing trend of the terror group using young girls to carry out attacks as they typically arouse less suspicion.

Last year Boko Haram killed an estimated 10,000 people, and they show no signs of slowing down their six-year insurgency. The Nigerian army has proven incapable of fighting back effectively against Boko Haram. In late December, the Nigerian government inexplicably halted a US program to train its army to fight Boko Haram.

According to Daniel Eyre, a Nigerian researcher for Amnesty International, “The attack on Baga and surrounding towns, looks as if it could be Boko Haram’s deadliest act in a catalogue of increasingly heinous attacks carried out by the group. If reports that the town was largely razed to the ground and that hundreds or even as many as two thousand civilians were killed are true, this marks a disturbing and bloody escalation of Boko Haram’s ongoing onslaught against the civilian population.”

Borno State Senator Maina Maaji Lawan said that some 10,000 people had fled as refugees to Chad. The BBC reported that “a large number” had drowned while fleeing across Lake Chad. 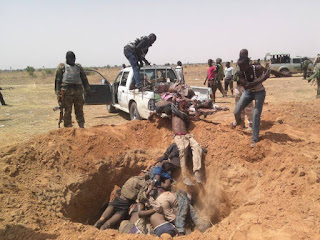 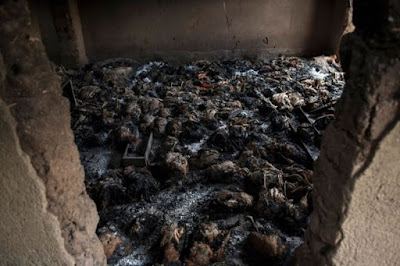 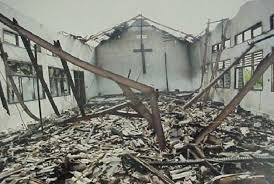