(Articles from The CNBC, GLOBAL TIMES, & BREITBART NEWS in August 2019.)

Yet Trump’s interest in Greenland is just the latest indication of the island’s increasing geopolitical importance. It is even drawing the eye of China. Greenland’s growing strategic value is linked tightly to new North Atlantic shipping lanes opening up due to melting polar ice caps. Its largely ice-capped land mass is also rich in untapped natural resources.

President Donald Trump has floated the idea of buying Greenland multiple times. Danish Prime Minister Mette Frederiksen has called the notion “absurd.” It has triggered a diplomatic row of sorts. Yet Trump’s interest in Greenland is just the latest indication of the island’s increasing geopolitical importance. It is even drawing the eye of China.

Greenland, which is home to nearly 58,000 people, is the largest island in the world, and 80% of its 811,000 square miles are ice-capped. The island’s residents are Danish, but they have governed by self-rule since 1979.

Greenland’s largest economic drivers are fishing and tourism, but the island has drawn rising interest due to its vast natural resources, including coal, zinc, copper, iron ore and rare-earth minerals. There have been expeditions to assess the extent of the nation’s resources, but the true quantity is unknown.

China, which is embroiled in a trade battle with the U.S., previously showed interest in developing a “Polar Silk Road” of trade through the North Atlantic shipping lanes. China proposed building new airports and mining facilities on Greenland in 2018, but eventually withdrew its bid.

“If [China were to] have a significant investment in a country that is so strategically important for so many countries, they would have influence there,” said Michael Sfraga, director of the Polar Institute at the Wilson Center. “If you invest a lot in a small island country, you could have a lot of sway there.”


Denmark has “publicly expressed concern about China’s interest in Greenland,” a Pentagon report warned earlier this year. “Civilian research could support a strengthened Chinese military presence in the Arctic Ocean, which could include deploying submarines to the region as a deterrent against nuclear attacks,” the report said.

Greenland is also in an advantageous location for the U.S. armed forces. The U.S. and Greenland have had an agreement since World War II to house American military assets on the island. Thule Air Base, America’s northernmost Air Force base, has operated since 1943 in Greenland and has a ballistic missile early warning system and satellite tracking system.

Trump’s administration is not the first to make an inquiry about buying the island. President Harry Truman expressed desire to acquire the island in 1946 for $100 million in gold, and earlier attempts to buy the island stretch back to 1867.

While the world’s most powerful nations are looking to get a leg up in the North Atlantic and Arctic regions, experts caution that there could be a dire impact on the area. “There are economic opportunities similar to Greenland across the Arctic,” said Heather A. Conley, senior vice president for Europe, Eurasia and the Arctic at the Center for Strategic & International Studies.

The region is home to “some of the largest iron ore and zinc mines in the world,” she said, but “there is a cost to the exploration, a cost to the environment and the people who live in the Arctic and Greenland.” 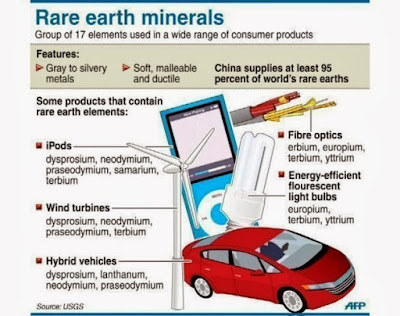 US President Donald Trump's interest in buying Greenland, the autonomous territory of Denmark, has been making headlines. For the general public, the president's bizarre idea of buying an ice-covered island seems like a joke. Many are wondering why Trump suddenly proposed buying a sovereign nation's territory.

Our guess is that Greenland is abundant in natural resources, including some of the largest deposits of rare earths. A Chinese company has already been engaged in a rare-earth mining project in Greenland by acquiring a stake in an Australian company called Greenland Minerals.

So even if Trump is joking, the fantasy has exposed his anxiety about China's dominance over production of rare-earth metals, which are broadly used in high-technology products from smartphones to electric vehicles. 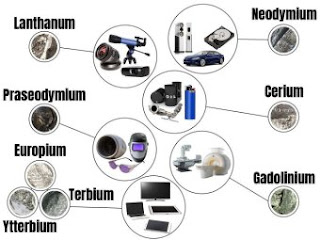 Since the start of the US-China trade war, rare earths have been touted as a Chinese countermeasure against the US. It is totally justified for the US government to be concerned about its rare-earth supply chain. After all, China is the world's largest producer and exporter of rare earths, and from 2014 to 2017, it supplied about 80 percent of US rare-earth imports.

Although the Trump administration has been busy seeking out and taking control of rare-earth resources globally, observers generally noted that due to the lack of rare-earth processing capacity, the US can't really diversify its source of rare-earth supplies away from China.

In years to come, companies in China's rare-earth industry may still purchase some mining resources around the world, but it shouldn't necessarily be their top priority. The most important step in securing China's dominance of rare earths is to maintain a leading position in technology by continuously improving and upgrading.

After years of effort and heavy costs, China has developed a clean and efficient rare-earth processing technology system. But the rare-earth industry still has some environmental problems that need to be addressed, which is one of the important aspects of technological advancement.

In the meantime, Chinese rare-earth producers should strive to set up a global network to better compete with overseas rivals. The government should give priority support to these areas, as China cannot afford to lose its dominant position in the rare-earth industry.

‘I am the Chosen One To Fight China,’ Trump proclaims

President Donald Trump said Wednesday he was the “chosen one” to battle China in the ongoing trade war between the two countries.

Looking up briefly in the sky as he spoke about his fight with China, Trump declared, “I am the chosen one. Somebody had to do it, so I am taking on China, I’m taking on China on trade, and you know what? We are winning.”

The president spoke to reporters as he left the White House for a trip to Kentucky to for a speech to American’s veterans. Trump continued to defend his struggle with China, telling reporters outside the White House it was up to him to do what past presidents should have done sooner.

“I was put here by people to do a great job and that’s what I’m doing,” he said. He suggested that China was probably waiting for a Democrat like “Sleepy Joe” Biden to win the presidency, rather than make a deal with his administration.

“Sleepy Joe doesn’t have a clue, Sleepy Joe said, ‘Oh, China’s wonderful,’ Well China is wonderful for China, but I’m wonderful for the USA,” he said. Trump also spoke about his efforts on Tuesday, during remarks with reporters in the Oval Office. “It’s about time, whether it’s good for this country or bad for this country short term,” he said. “Long term, it’s imperative that somebody does this.”

The president said China was experiencing one of the worst months in half a century economically under his tough trade policies and signaled optimism that they were ready to make a deal. On Tuesday, he admitted that there were some effects to the ongoing trade battle, but he would keep fighting.

“I could be sitting right now with a stock market that would be up 10,000 points higher if I didn’t want to do it,” he said and added, “You should be happy that I’m fighting this battle because somebody had to do it. I don’t think it’s sustainable with what was happening.” 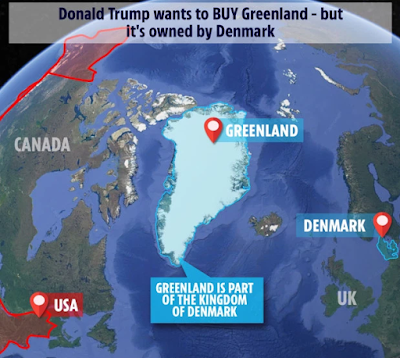 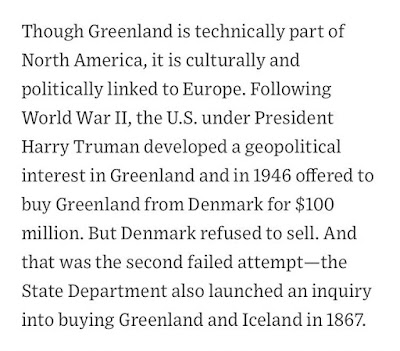