Communists Not Coming To America, They Are Here!

Communism Is Not Coming To America, It’s Here, And Millions Will Suffer: This column is supposed to be about national security and geopolitics. But these recent conversations reinforced the feeling I have had for some time regarding our security: The greatest threat the United States faces is from inside — the scourge of socialism.

I spoke to several elderly Russian emigres this week while travelling abroad. They all had come to the West prior to the fall of the Soviet Union in the early 1990s. They now live in the United States and return to their Motherland occasionally to visit family and old friends. They all had a very similar story to tell.

One woman in her 80s — I’ll call her Svetlana — was heartbroken. The fear and horror was evident in her eyes as she talked about her experiences as a young person growing up in the USSR. “I left the Soviet Union to escape communism, socialism, Marxism — whatever you want to call it,” she recalled.


“America was and still is the only place in the world you are truly free, and you are losing it. Now the evil is coming here; it is all around us, especially where I live in California. These people are ignorant, they have no historical knowledge, and they are very dangerous. The ideology is seductive to America’s naive youth and always ends up with people dead.”

Of course, many of us have been saying the same thing for a while now, warning of the historical dangers of “progressivism.” But listening to someone who has experienced its evil extremes firsthand somehow made a much larger impression than anything I could have ever written or said.  You don’t have to look very hard to validate concerns that today’s Democratic Party is really a neo-Bolshevik party in faint disguise.

Having lost all major policy battles in recent years to conservatives (and lost elections and power as well), their only recourse to avoid political oblivion is the siren call to revenge and retribution. One Democratic presidential candidate went so far as to publish the names and addresses of all Trump donors in his jurisdiction — sickening. The rule of law has gone out the window.

Identity politics is all about fanning the flames of envy, something that any committed Leninist would have instinctively understood. The Bolsheviks relentlessly attacked the “patriarchy” of the day — tsarist Russia. We all know what followed, for the Soviet Union and the world. Russia has never recovered from their folly and cruelty and won’t in our lifetime.

The only thing we older Americans, those of us with personal memories of the Cold War, can do is point out the eventual consequences of communism (death, destruction, misery, loss of freedom) to our youth. It’s like talking to your kids about the dangers of drug abuse over and over again until the message sinks in. The same concept applies with evil political ideologies — talk to them.

Alexander Kitchenko, a Russian national, commented on social media this week, “Looking back at history of Russia I can tell you that Soviet totalitarian communism also started ‘lightly,’ with people who were against ‘patriarchy.’ They were all about free love, abortions, redefinition of language and often were quarreling inside their ranks.

But then there was one most militant group, which slowly dominated all the hippie-style freaks and later executed most of them in the name of ‘revolution.’ “History repeats itself, but now it is happening on your soil and I can only pray that it will be stopped somehow before it is too late,” Mr. Kitchenko commented. I think his words speak for themselves. 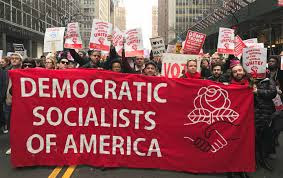 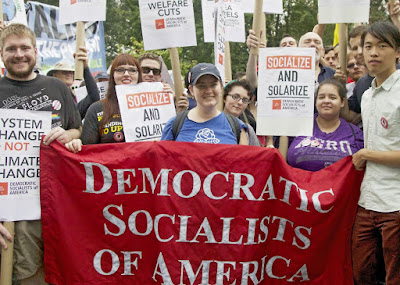