China Is Killing The Americans With Fentanyl

(Robert Kraychik's article from the BREITBART NEWS on 02 August 2019.) 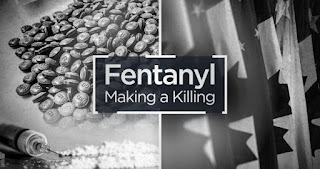 China’s Communist Party is “very happy to kill tens of thousands of Americans each year” with its fentanyl exports, knowing of overdoses related to the opiate’s abuse, said Gordon Chang, Daily Beast columnist and expert on China, in a Thursday interview on SiriusXM’s Breitbart News Tonight with hosts Rebecca Mansour and Joel Pollak.

Pollak asked Chang about China’s stated commitment to restrict manufacturing and exporting of fentanyl to the U.S., following President Donald Trump’s request for cooperation from Chinese President Xi Jinping on the matter.

Chang replied, “The fentanyl comes from Chinese sources, and these are well-organized gangs. In the semi-totalitarian state that Beijing runs, the Communist Party knows what’s going on. Trump was right to call the Chinese out on this, and the fact that Beijing didn’t do anything about it is a real indication that they were very happy to kill tens of thousands of Americans each year, which means that we should be very happy not to do business with China and close our markets to China, and disengage our economy from them, and give them as rough a time as they’ve been giving us.”


Chang continued, “What is it going to take to get them to stop fentanyl? I actually don’t know if there is anything. There’s going to be a point where we’re going to have to push the Chinese [Communist Party] to the edge of extinction, and then maybe they will come around, but maybe not.”

On Thursday, Trump announced that his administration would impose a ten percent tariff on the $300 billion of imports from China that have not yet been subject to new import duties, beginning in September.

“This is a great day for the United States of America,” said Chang of Trump’s promise to levy additional tariffs on Chinese imports. “First of all, Chinese leaders are used to deference from their American counterparts, and Trump absolutely showed Xi Jinping that the United States is just not going to bow down to Beijing.

“A lot of people said Trump is not going to do this, to oppose the additional tariffs on the remaining $300 billion of goods. They were saying consumers would complain, that Trump is too worried about the stock market, that Trump needs a trade deal for the November 2020 elections. Well,  the President of the United States showed that everybody was wrong. He certainly surprised me by doing this.”

Chang added, “What [Donald Trump] did was show that the United States has that one element that we were concerned about, and that is political will. President Trump exhibited political will today, and that’s a great thing.”

Trump must suffocate Huawei, a China-based telecommunications company linked to the Chinese Communist Party, to protect America’s national security interests, determined Chang. “I hope, now, that President Trump is not going to give the Chinese the reprieves on Huawei,” expressed Chang, “because that would not be good for us,” adding, “there is a chance that we will not help Huawei” in order to not “rescue that company.” 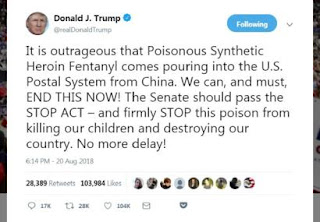 America must broadly begin decoupling its economy from China’s, advised Chang. “[America needs] further disengagement from China,” Chang said. “Companies are going to take their supply chains and move them elsewhere because although they can price in additional tariffs, what they can’t price in is the uncertainty.

“And right now, given the friction between Washington and Beijing, they don’t know where this is going, so they cannot actually make plans, which means it’s much easier for them to move their factories to Vietnam, Bangladesh, or Jordan — wherever. But I think that we’re going to see this disentangling, which is a good thing for us.”

Chang went on, “Given all the other frictions in the relationship, I believe that we are headed for a divorce, which is a good thing, because for too long, the Chinese have been taking advantage of Americans, putting American workers out of work, and all the rest of it, stealing our intellectual property — this has just got to end.”

“We can affect a separation,” added Chang. “It’s going to be painful, but we can’t think that we have done decades of misguided trade policy and think that we can get out of this without cost.”

“The Chinese don’t believe in the doctrine of comparative advantage, the notion which underpins all of global trade,” responded Chang. “I don’t see how you can run a global trading system with a large trading partner that doesn’t believe in this fundamental, comprehensive notion. We’re going to have to go in a different direction.

Chang praised Trump’s foreign policy toward China. “I actually think that, with regard to the China tariffs, Trump is probably about the only person who could’ve done it,” estimated Chang. “Or let me put it this way: he was the only person who would’ve moved this fast. I think any American president would’ve eventually gotten to where we are today, it just would’ve taken a year and a half to two years, and of course, right now, time is everything, so it’s important. I think the president deserves a lot of credit for what he’s been doing with regard to trade with China.”

Pollak also asked Chang about a potential military conflict between the U.S. and China. Chang replied, “Samuel Huntington, in Clash of Civilizations, his great work, said that trade is not necessarily a way to prevent conflict. He said as trade relations deteriorate, then the possibility of military conflict rises fast. So it’s not necessarily the level of trade you have with another country, it’s the direction, and clearly, we are in a way of delinking.” 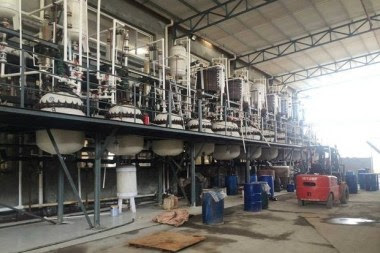 WASHINGTON (Reuters) - U.S. President Donald Trump on Thursday accused his Chinese counterpart of failing to meet promises to stem a deluge of the synthetic opioid fentanyl into the United States, after months of praising Chinese President Xi Jinping for his pledges.

“My friend President Xi said that he would stop the sale of fentanyl to the United States - this never happened and many Americans continue to die,” Trump said in a tweet. “We’re losing thousands of people to fentanyl,” he later told reporters. The Chinese embassy did not immediately respond to a request for comment.

Fentanyl is an opioid painkiller 50 times more potent than heroin, and has a central role in the devastating U.S. opioid crisis. In the United States, fentanyl and all of its analogues are controlled substances subject to strict regulation. More than 28,000 synthetic opioid-related overdose deaths, mostly from fentanyl related substances, were recorded in 2017, according to the U.S. Centers for Disease Control and Prevention.

Trump’s complaints came as he also announced a new round of tariffs on Chinese imports starting Sept. 1, after negotiators failed to make progress in U.S.-China trade talks. Trump has made battling the opioid epidemic a priority since taking office and he pressed Xi to halt the flow of fentanyl and related substances from China, which U.S. officials say is the main source of the powerful synthetic opioids.

Xi promised Trump at a summit in Argentina last December that he would act. China later announced that it expanded on May 1 the list of narcotics subject to state control to include the more than 1,400 known fentanyl analogues, which have slightly different chemical makeups but are all addictive and potentially deadly, as well as any new ones developed in the future.

The policy change was supposed to shut down the illicit production and online sales of the drugs, which are mainly delivered to the United States by mail. The White House Office of National Drug Control Policy said after Trump’s comments on Thursday that the administration had not “directly seen any large-scale seizures or law enforcement action by the Chinese on fentanyl.”

“Too many Americans do continue to die from these deadly drugs, most of which come from China,” it said in a statement. “We’ll continue to press China to follow through on the promise they made to keep fentanyl out of our communities.” U.S. officials and experts had been skeptical that Beijing would take meaningful action, with some saying any crackdown would depend on progress in resolving the U.S.-China trade war.

Derek Scissors, a resident scholar at the American Enterprise Institute think tank, said that skepticism was well placed. “What the Chinese have effectively said is we should forget what they said just a few months ago. If they don’t like the trade situation, the fentanyl and related products will continue to flow,” he said in an email on Thursday.

“The Chinese government accuses us, with some reason, of not keeping strictly to our word,” he said. “When we back away from our word, the way they have here, does anyone die?” 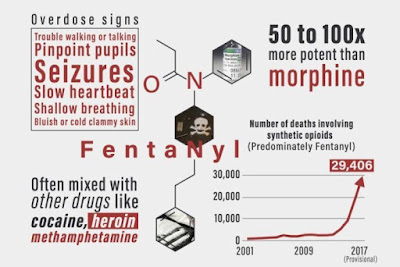 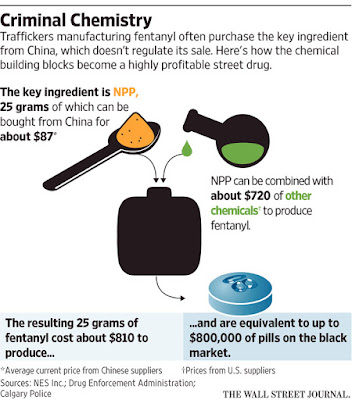