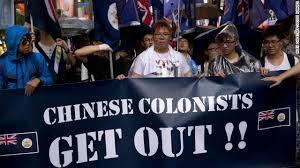 Top Trump adviser warns China over Hong Kong crackdown: President Trump's national security adviser on Wednesday warned the Chinese government against any potential crackdown on protesters in Hong Kong amid escalating clashes between demonstrators and police forces in the region.

"The Chinese have to look very carefully at the steps they take because people in America remember Tiananmen Square," John Bolton told Voice of America's Greta Van Susteren, referencing the 1989 student-led protests in China.


"It would be a big mistake to create a new memory like that in Hong Kong," he added. Bolton's warning comes as the Chinese government gathered military personnel and equipment near Hong Kong, where mass protests have persisted for weeks.

The demonstrations began in response to a since-suspended bill that would allow some citizens to be extradited to China. The protests have grown increasingly tense and turned violent at times, with photos and videos of bloodied protesters circulating on social media following clashes with armed riot police.

President Trump has largely avoided weighing in directly on the matter. He said Tuesday that he's hopeful the tensions can be resolved peacefully, but offered no direct warning to China about any potential crackdown on protesters.

In a tweet Wednesday evening, he said he would wait to reach a trade deal with China while the government first dealt "humanely" with the protests in Hong Kong. The president's reluctance to speak out against Beijing stands in contrast with Republican and Democratic leaders in Congress who have issued statements in support of the protesters. 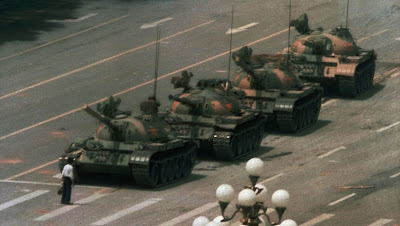 
The Hong Kong Protesters Are Going To Die, But The Chinese Communist Party Will Die Along With Them: As the Hong Kong protests rage in the former British territory, it is time to point out the obvious, and the consequences.

These protesters are going to die. The Chicoms will kill them all, or at least many of them. The one thing the Chinese Communist Party cannot accept is a threat to its power. Long having gave away its support for communist ideology in favor of managed capitalism, allowing a bunch of college kids to threaten its rule over the the Chinese mainland just cannot stand.

We will see the Chinese People’s Liberation Army invade Hong Kong any day now. Thousands will be murdered. However, the future of the Chinese Communist Party will die along with them, so their deaths will not be in vain.

For the obvious show of deadly force to stay in power, the Chicoms will be finally ostracized in the free world; President Trump’s tariffs and tough trade policy will be allowed to run its course, collapsing the Chinese economy. There will be civil unrest.

President Xi has pushed too far too fast. He has thrown caution to the wind in his desire to become emperor for life and has let the Chinese ambition to dominate the West out of the bag. He will use grisly violence to maintain his grip on the Chinese people.

But he will be removed from power and probably killed. The people of Hong Kong are brave and will be remembered for this bravery in the face of evil. 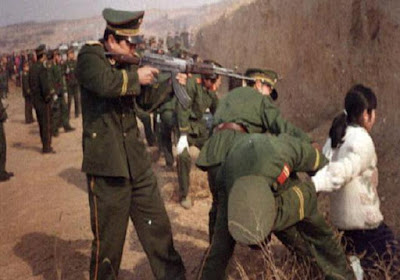