Chinese Missiles Will Wipe Out US Bases In Hours

An Australian Report warns that Chinese Missiles Could Wipe Out U.S. and Allied Pacific Bases in Opening Hours of Conflict:

The United States Studies Center at the University of Sydney in Australia released a report on Monday that warned America has lost its military superiority in the Indo-Pacific region and Chinese missiles could wipe out its bases with “precision strikes in the opening hours of a conflict.”

“The combined effect of ongoing wars in the Middle East, budget austerity, underinvestment in advanced military capabilities and the scale of America’s liberal order-building agenda has left the US armed forces ill-prepared for great power competition in the Indo-Pacific,” the authors concluded.


The report warned that too many American politicians and foreign policy officials have an “outdated superpower mindset” because they believe China would never act aggressively because the long-term consequences would include a horrific world war.


In truth, Chinese strategy has focused on limiting American power projection in the Pacific while building up the enormous missile inventory of the People’s Liberation Army (PLA). The imbalance of forces has reached the point where the PLA could pull off a quick disarming strike (Pearl Harbour Style) followed by a clear, difficult-to-reverse victory.

In other words, a swarm of missiles would knock out key U.S. and allied assets in the Western Pacific within a matter of hours. The PLA would quickly move to secure its objectives, establish a foothold on the territory it desires, and then turn the logic of deterrence on its head by asking if the U.S. is prepared to suffer heavy losses in a protracted war to reverse those gains. According to the report:

Having studied the American way of war — premised on power projection and all-domain military dominance — China has deployed a formidable array of precision missiles and other counter-intervention systems to undercut America’s military primacy. 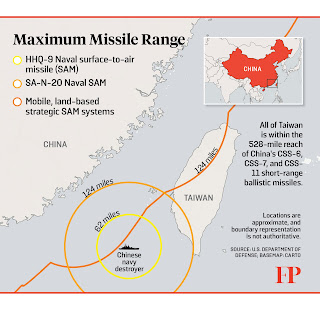 By making it difficult for US forces to operate within range of these weapons, Beijing could quickly use limited force to achieve a fait accompli victory — particularly around Taiwan, the Japanese archipelago or maritime Southeast Asia — before America can respond, sowing doubt about Washington’s security guarantees in the process.

This has obliged the Pentagon to focus on rebuilding the conventional military capabilities required to deny Chinese aggression in the first place, placing a premium on sophisticated air and maritime assets, survivable logistics and communications, new stocks of munitions and other costly changes. The Australian report describes the U.S. problem as “strategic insolvency,” meaning America now has more defense commitments than it can realistically meet with current defense spending.

Rivals like China are surging ahead with force modernization and increasing their combat power, while the U.S. and its allies invested too heavily in Middle Eastern conflicts and nation-building over the past two decades, reduced defense spending to satisfy domestic political demands, provided far too many countries with security guarantees, and convinced themselves none of those markers would ever be called in.

The shift in focus from Cold War great-power competition to counter-terrorist operations has left too many Western strategic planners – and, crucially, the politicians who finance their operations – unable to imagine how a battle between near-peer forces could unfold.

Unfortunately, the world’s heavyweight bad actors have no such poverty of strategic imagination. The University of Sydney report noted that China’s military buildup has “successfully focused on negating the technological and operational advantages that the US military has grown accustomed to since the end of the Cold War,” saying:

Long-range ballistic and cruise missile complexes, in addition to other counter-intervention systems, now threaten American and allied bases and operating locations from Japan to Singapore. These weapons could see China sink or destroy expensive allied warships and aircraft for a fraction of the cost of US power projection.

As the majority of America’s forward-deployed air power is concentrated on vulnerable bases within range of Chinese missiles, US aircraft are unlikely to achieve air superiority during a crisis. If unaddressed, this will undercut America’s efforts to blunt Chinese aggression and is likely to be compounded by the fact that US surge forces and logistical support assets are also under resourced and vulnerable to Chinese counter-intervention capabilities.

In short, U.S. forces in the Indo-Pacific region no longer have the mass to absorb a sucker punch like the missile swarm envisioned by the report. It has become disturbingly feasible for the Chinese to hit enough crucial targets to neutralize America’s presence in the Pacific for long enough to put Chinese troops on the ground in places such as Taiwan, at which point the game would change from fending off a Chinese attack to dislodging an occupying force without inflicting horrendous civilian casualties and destroying valuable infrastructure. 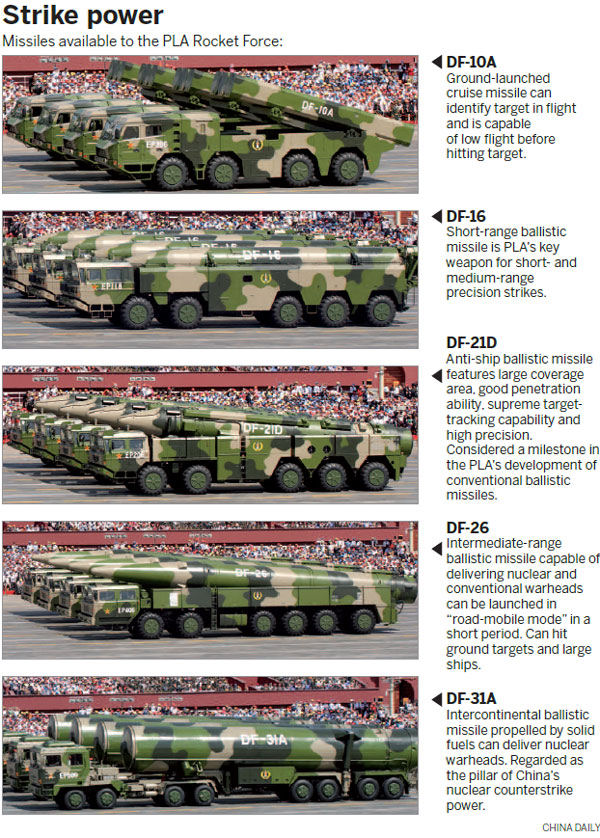 Launching such an attack might seem even more attractive to China because it would devalue American security guarantees around the world, greatly amplifying China’s sales pitch that it can provide better security to its client states with fewer harangues about human rights.


The report recommended “hardening” vital facilities to make them harder to neutralize with a first strike, although China’s vast size and closer proximity to likely theaters of conflict give it an inherent advantage – it can launch large numbers of missiles and aircraft quickly from a wide assortment of bases, and they have shorter flight times to contested areas, allowing the PLA to more easily maintain the rapid tempo of operations seen in conflicts like the Gulf War.

With these logistics in mind, the report recommended the U.S. develop missiles with longer ranges and heavier payloads, so that every punch it throws is a haymaker. The University of Sydney report gave the Trump administration credit for setting the right priorities with respect to China, but found a dismaying lack of follow-through from Washington, in part because increased defense spending and more aggressive military recruiting are tough sells on Capitol Hill:

America’s capacity to enforce its vast liberal order has also correspondingly declined. Whereas the United States and its allies accounted for 80 per cent of world defence spending in 1995, today their share has fallen to just 52 per cent — leaving them less well-equipped to address an ever growing line-up of international challenges.

As Harvard University academic Stephen Walt observes of US strategy during this period: “The available resources had shrunk, the number of opponents had grown, and still America’s global agenda kept expanding.”

The consequences of this overstretch are now coming home to roost. Not only have the direct costs of liberal order-building been astronomical — by some estimates, the Department of Defense has spent over US$1.8 trillion on the global war on terror since 11 September 2001 for little strategic payoff — but the worldwide diffusion of American resources and attention has left the military under-prepared for the return of great power competition. This is what the Pentagon is now working to address.

The report advised Australia, and other key regional allies such as Japan, to step up their efforts and help the United States address its “strategic insolvency” issue in the Pacific. This posture would transform Australia from a “security contributor to a front-line ally” and prepare for a “more unstable future in which the Australian Defense Force may be required to provide large-scale independent strategic effects to secure its vital national interests.”

This is interesting advice in light of President Donald Trump’s arguments with European leaders over their contributions to NATO funding. Some of the grumbles about Trump’s approach come from Europeans, and Americans, who essentially think of the whole thing as a fiscal game, an argument about how much money to stuff into a jar for a rainy day that will never come because a great-power invasion from Europe has become unthinkable.

From the perspective of “strategic insolvency,” however, it is clear that every American partner must make the maximum contribution so that U.S. security guarantees don’t look like overdrawn checks written from an anemic military bank account. As long as the U.S. appears strategically insolvent, adversaries will consider calling Washington’s bluff and triggering a cascade failure of U.S. credibility. 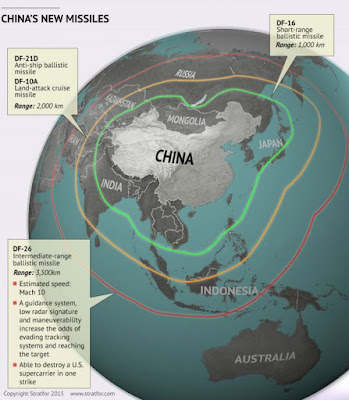 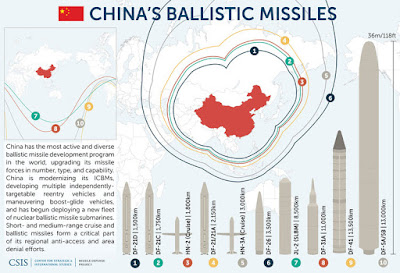